Jurgen Klopp conceding the Premier League title is another way of him saying all of Liverpool’s eggs are now in the Champions League basket. That makes Tuesday night’s match against the very ambitious RB Leipzig massive.

It’s season-defining. Winning the Champions League might even be Liverpool’s best bet of qualifying for Europe’s elite competition, if they keep tripping up in the Premier League.

If you’re Leipzig boss Julian Nagelsmann, you’re looking at Liverpool and thinking this is a good time to play a Klopp team. That Liverpool fear factor has been replaced by real fragility, which cost them at Leicester on Saturday. They were looking good, leading 1-0, and then they imploded. 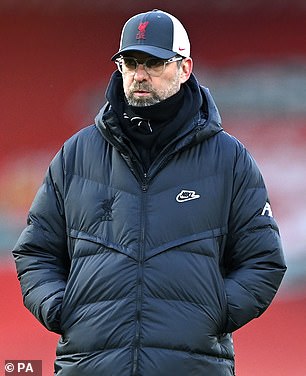 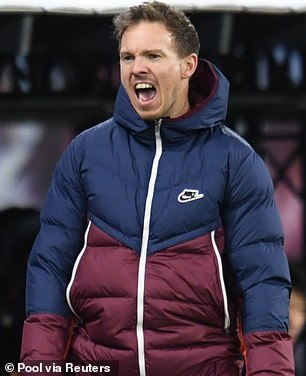 Balls over the top of their makeshift defence were doing damage, and even their usually reliable goalkeeper Alisson has started making mistakes.

Leipzig are a slick outfit. They keep the ball, move it well and win possession high up the pitch. They also have the best defence in the Bundesliga, in which they are currently second behind Bayern Munich. Leipzig aren’t getting the ‘home’ tie they would have liked, but these players are a determined bunch.

We know that from their response to Manchester United in the group stages.

Leipzig lost 5-0 at Old Trafford but then won 3-2 in the reverse fixture to qualify for the last 16. Now, as they face Klopp’s battered and bruised Liverpool, Nagelsmann will smell blood.