CHRIS SUTTON: If Tottenham want to win the Premier League they have to take risks and Jose Mourinho must abandon his defence-deep mindset

If your strategy is going to be to defend deep, then at least make sure you defend well.

On Thursday, Tottenham didn’t do that. Though Liverpool looked like the classier side throughout, all three of the visitors’ goals were avoidable.

For the first, Sadio Mane crossed the ball, and Eric Dier left it to Hugo Lloris while Lloris left it to Dier. The defender didn’t defend, and the goalkeeper showed cowardice. 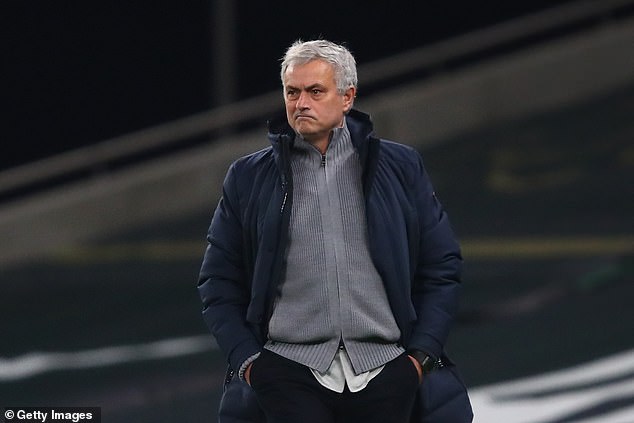 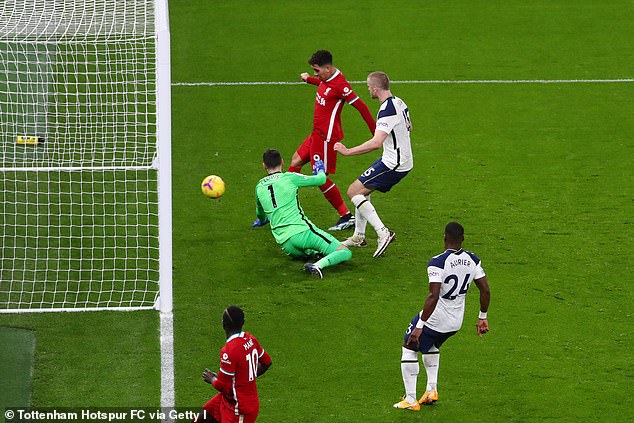 For the opener, Eric Dier left the ball to Hugo Lloris but the keeper failed to deal with the cross

Don’t be afraid to collide with one another – just do what you’ve got to do and stop the goal. Neither did their jobs, however, and the ball trickled to Roberto Firmino.

That left Mourinho with a very big half-time team talk. If you want to win the Premier League, you have to take risks, and he had to abandon that defence-deep mindset of his.

At times in the first half, you could throw a blanket over the 20 outfield players on the pitch, with Tottenham camped close to their own box. 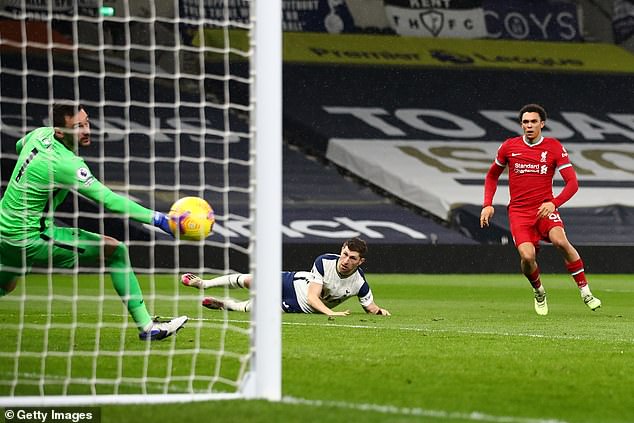 But then it was 2-0 and it left Tottenham with a mountain to climb, particularly with Harry Kane having been substituted.

This was another mistake by Lloris, who simply palmed the ball to Trent Alexander-Arnold. A fine finish, it has to be said.

Then 3-1, another Tottenham mistake as Joe Rodon failed to deal with the cross by letting it run across his body. A defensive training session might be in order, Mourinho.