CHRIS SUTTON: Impressive victory against Manchester City could kickstart Liverpool’s season – they can live in hope that they are not out of the Premier League title race after all

My Sportsmail colleague Martin Keown and his Arsenal pals can breathe now — their Invincibles tag is safe for another year!

This was a different Liverpool team to the one we’ve seen of late, the feeble side that had fallen into the habit of conceding first. 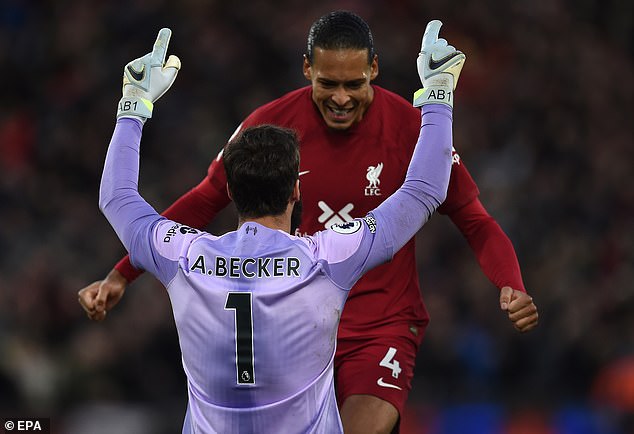 After beating Manchester City,  Liverpool may feel that they can still win the Premier League

Jurgen Klopp surprised me in midweek with his defeatist attitude, the way he said Liverpool ‘cannot compete’ with Manchester City. He was talking financially, but it was surprising on the eve of such a huge event.

Yet Liverpool competed brilliantly here. This can be the win which kickstarts their Premier League campaign.

I said after their 7-1 win in midweek that Rangers had played Mohamed Salah into form. He took six minutes and 12 seconds to score his hat-trick in the Champions League. Salah followed that up by creating and scoring his goal beautifully. 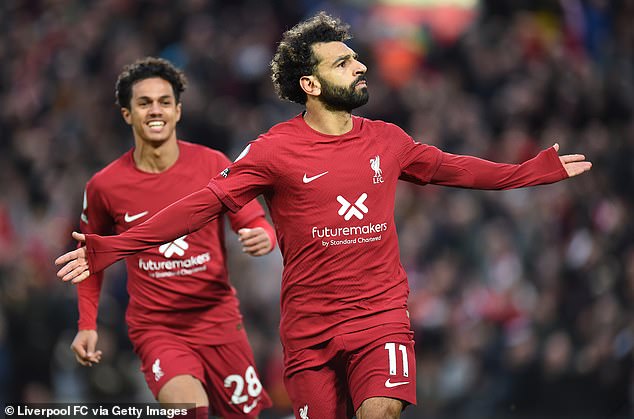 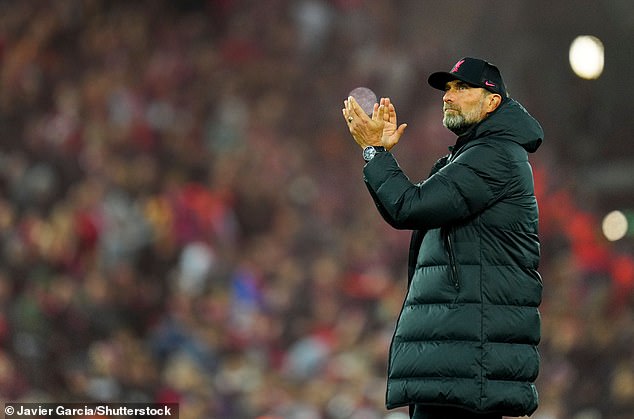 Joao Cancelo made a ridiculous decision when Alisson’s long ball flew towards him. If you’re going to commit like that, you have to be 100 per cent sure you’re going to win it.

But Salah forgot about his earlier one-on-one which was saved by Ederson. He kept his composure to bag the winner despite not being at his best this season. Klopp’s mentality monsters stood up and were counted.

After this result, Liverpool can live in hope that they’re not out of this title race after all.

Barcelona 'promised Neymar they will buy him in 2020'