Chris Wilder has left his role as manager of Sheffield United after nearly five years in charge, with Paul Heckingbottom named interim boss until the end of the season.

Wilder, who took over at Bramall Lane in May 2016, held meetings with the board on Friday and agreed his imminent departure on Saturday afternoon, and it has now been confirmed that his tenure has come to an end after the two sides failed to reconcile their differences.

Sheffield United confirms that Chris Wilder has left the Club by mutual consent.

“Being manager of Sheffield United has been a special journey and one I’ll never forget,” Wilder told the club’s website.

“I was delighted to be given the opportunity back in 2016 and have been delighted with the success which we have achieved, including two promotions and a highest-ever Premier League finish.

“I’d like to thank everyone who has contributed to the Club’s accomplishments along the way, including the players, staff and, in particular, the supporters.”

Former Leeds United manager Heckingbottom has been in charge of the Blades’ U23 coach since joining them last July and will now step up to take over from Wilder until a permanent appointment is made. 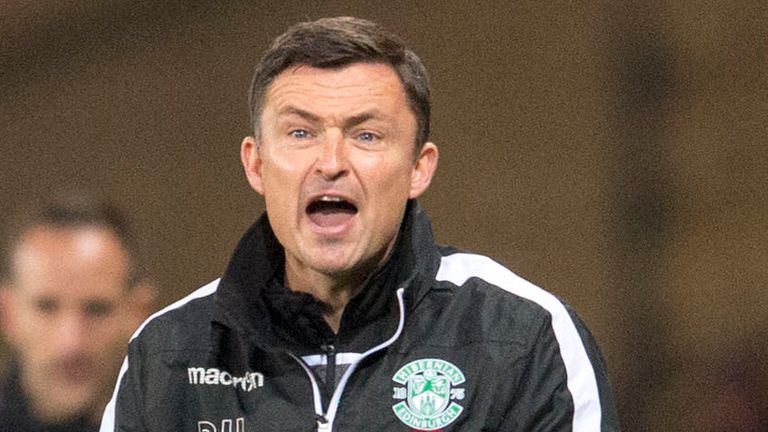 Wilder’s assistant Alan Knill will remain at the club and will work alongside former Bournemouth manager Jason Tindall, who will join United’s first-team coaching staff on a short-term contract through to the summer.

Wilder and the board were engaged in heated exchanges earlier this year.

Key to the disagreements has been the club’s recruitment policies, with the board wanting Wilder to concentrate on managing the team and less on signing players.

Wilder, 53, pushed hard for the signings of Aaron Ramsdale (£18m) and Rhian Brewster (£23m) – and would not consider other options – but the board believes they were not what was needed this season to help them stay in the Premier League.

The Blades have spent almost the entirety of this season bottom of the table and are currently 12 points off safety with 10 games remaining.

Wilder had told friends he wanted to continue managing the club in the same ‘ hands-on’ way, but felt he would be unable to do so if he agreed to the changes proposed by the club. Sky Sports News understands Wilder has no intention of starting a new job at another club in the immediate future.

Relations between manager and club soured further in January when no loan signings were made, despite the expectation a midfielder and left centre-back would arrive to bolster Wilder’s options.

Wilder had become increasingly frustrated at the club’s refusal to increase the wage structure for the first-team squad and his repeated assertions that the squad is full of “Championship players” is understood to have upset the club’s owner Prince Abdullah.

United have spent more than £70m since January 2020 and the board has become increasingly frustrated with Wilder playing down the worth of his squad. They feel he is undermining the club’s assets by down-playing the available talents, rather than telling people how good his players are.

There has also been frustration at boardroom level after United missed out on a number of potential signings, believed to include Ollie Watkins and Tomas Soucek, who have made key contributions this season at Aston Villa and West Ham respectively.

The Blades have lost 22 of their 28 Premier League matches but have reached the quarter-finals of the FA Cup, where they travel to Chelsea next weekend.

Former Sheffield United striker Brian Deane told Sky Sports News on Saturday evening that it was a “sad day” and an unfair end to Wilder’s five years in charge, explaining that the club’s recruitment was the main reason for the club’s struggles.

“I think the biggest reason [for what went wrong] is the recruitment hasn’t been good enough,” said Deane.

The club spent over £50m on transfers in the summer – including £23m on forward Rhian Brewster, who has not scored in 20 Premier League appearances, and £18.45m on keeper Aaron Ramsdale, who has just two clean sheets in 28 games.

Graham Alexander relishing the prospect of being Motherwell boss