Christopher Nkunku delivered one of the stranger goal celebrations that will be seen across Europe this season as he blew up a balloon after scoring RB Leipzig’s first in a 4-0 win over Shakhtar Donetsk.

The France international showed once again why he is one of Europe’s hottest properties with a stellar performance that secured Leipzig’s path into the last 16.

After scoring the German side’s first goal, Nkunku ran to the corner flag and pulled a balloon from his sock before proceeding to inflate it. 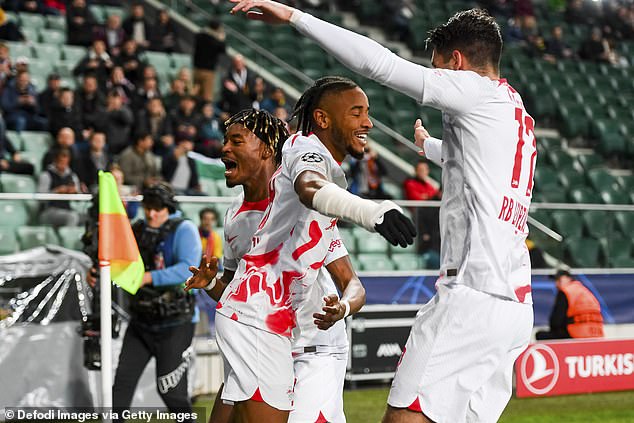 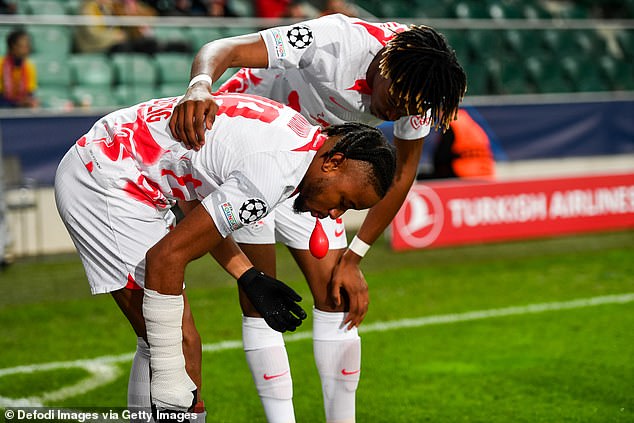 While his team-mates mobbed him, Nkunku separated himself from the chaos and withdrew the red party ornament before standing with his arms outstretched in front of the travelling Leipzig support.

Nkunku, donning a white cast on his right arm, stood still for a few seconds while the balloon, inflated but being held between his teeth, fluttered in the Polish wind.

Speculation on social media settled on a few theories as to why Nkunku whipped out such an odd celebration, with one seeming more plausible than the rest. 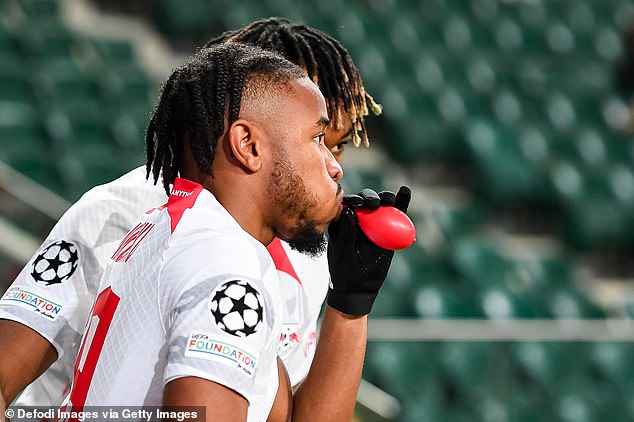 Having withdrawn the red item from his sock, Nkunku proceeded to inflate it in front of the Leipzig supporters

It was suggested that Nkunku is a fan of Stephen King’s ‘It’, which sees Pennywise, a shape-shifting clown, terrorise children with the red balloon being one of his key identifying features.

However, it was revealed that the celebration was a tribute to his two-year-old son.

French journalist Fabrice Hawkins wrote on Twitter: Christopher Nkunku celebrates his goal with a nod to his 2-year-old son. He had promised him!’

His goal set the wheels in motion for a relatively easy night for the German side who secured their path to the last 16.

Going into the game, Shakhtar, against all the odds owing to the present situation in Ukraine, still harboured hopes of reaching the last 16. 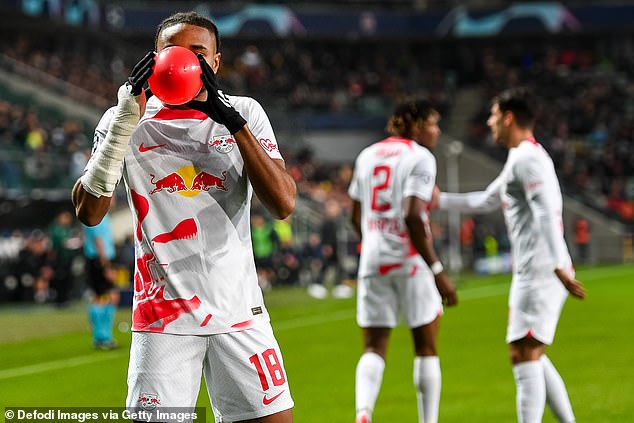 Nkunku’s goal on 10 minutes, followed by Andre Silva’s strike just after half-time before Dominik Szoboszlai and an own goal made it 4-0, secured the result.

Leipzig, by virtue of finishing second in the group behind the reigning European champions Real Madrid, will go into the lower half of the draw for the last 16.

They can be drawn against any one of: Benfica, Chelsea, Man City, Napoli, Porto, Real Madrid or Tottenham. 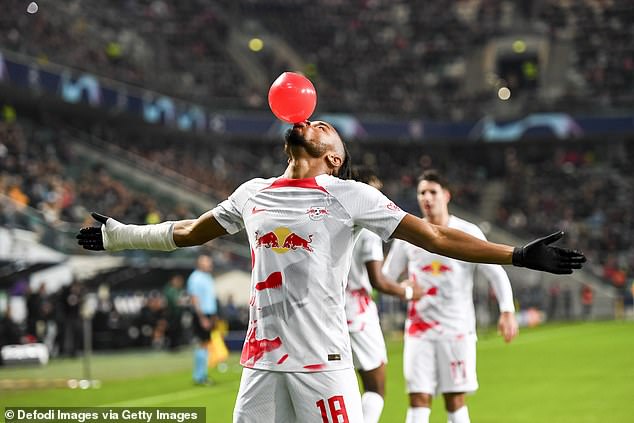