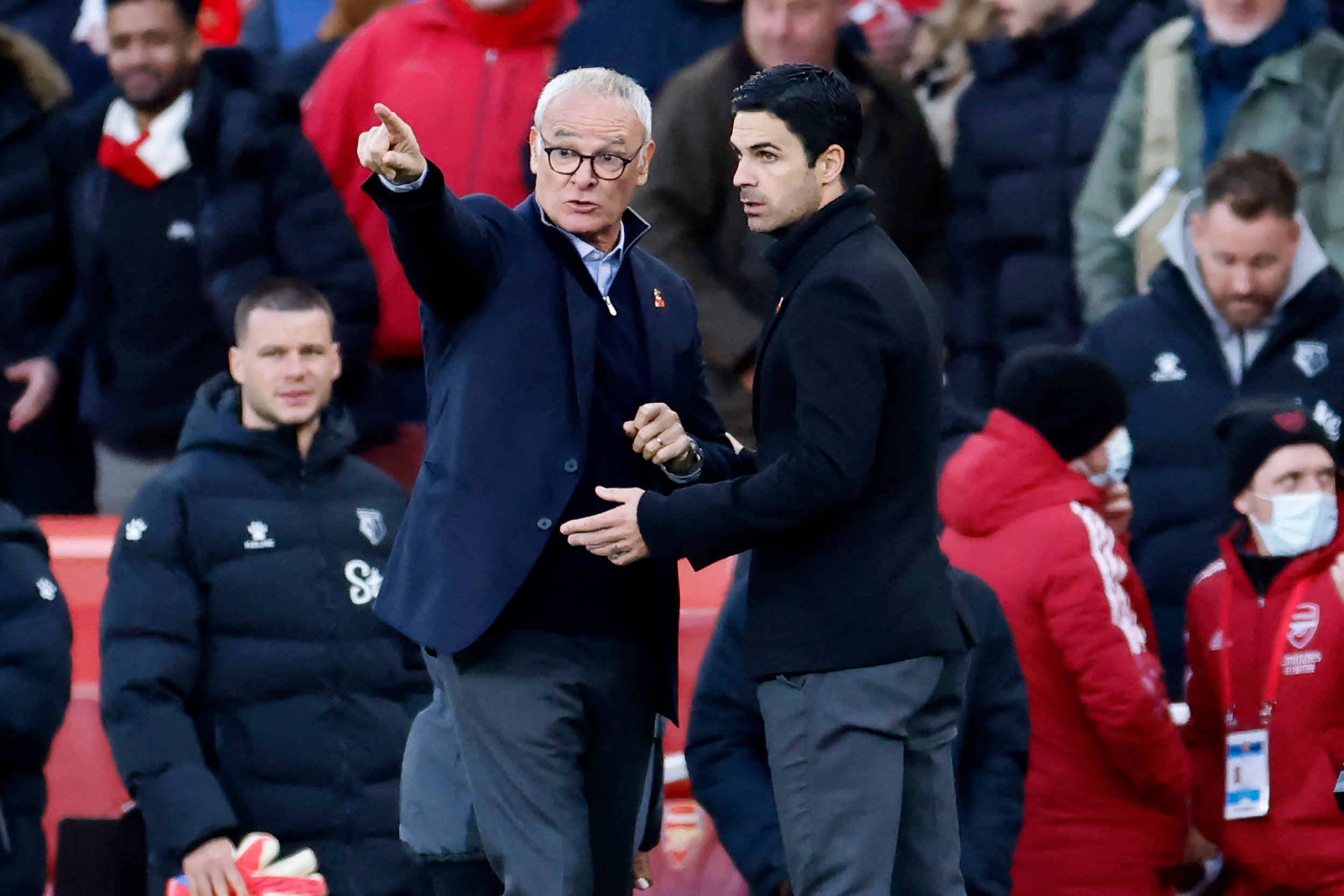 Claudio Ranieri has accused Arsenal’s players of showing no respect after they refused to give the ball back to Watford in the build up to Emile Smith Rowe’s winning goal.

Arsenal have moved up to fifth in the Premier League with a 1-0 victory over Watford at the Emirates Stadium on Sunday.

But the Gunners’ goal was a controversial one as Danny Rose had initially put the ball out of play so that his Watford teammate Ozan Tufan could receive treatment.

However, Arsenal opted to play on from the throw-in instead of giving the ball back to Watford and Smith Rowe subsequently found the net with a brilliant low effort past Ben Foster.

Ranieri confronted Arteta after the full-time whistle and reveals he told the Arsenal manager that his players lacked respect.

‘We put out the ball and everybody expected Arsenal to give back the ball,’ said Ranieri.

‘Sissoko and Rose said, ‘give the ball to us, we put the ball out, there was an injured player’. After this it was very strange.

‘There was a cross, Kiko Femenia hit the ball with the header, Sarr took the ball, in my opinion there’s a big foul, but nothing happened and then they score the goal. It was very, very strange.

‘The performance was good. Of course, in the second half after the goal Arsenal had more space. We had chances to draw the match until the end, my players were on the pitch trying to draw.’