Wolves captain Conor Coady says the club ‘feels like home’ after signing a new five-year deal to extend his stay at Molineux until 2025.

The 27-year-old defender, who graduated from Liverpool’s academy, joined Wolves from Huddersfield Town in 2015 and helped the club gain promotion three years later.

Coady has become a mainstay at the back under manager Nuno Espirito Santo, impressing in defence last season as the team finished seventh, narrowly missing out on a place in Europe. 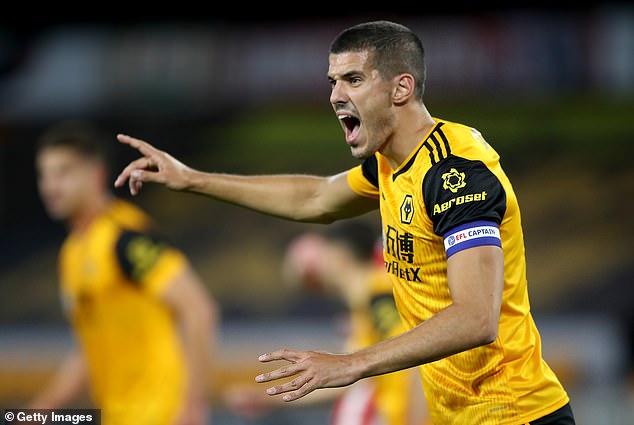 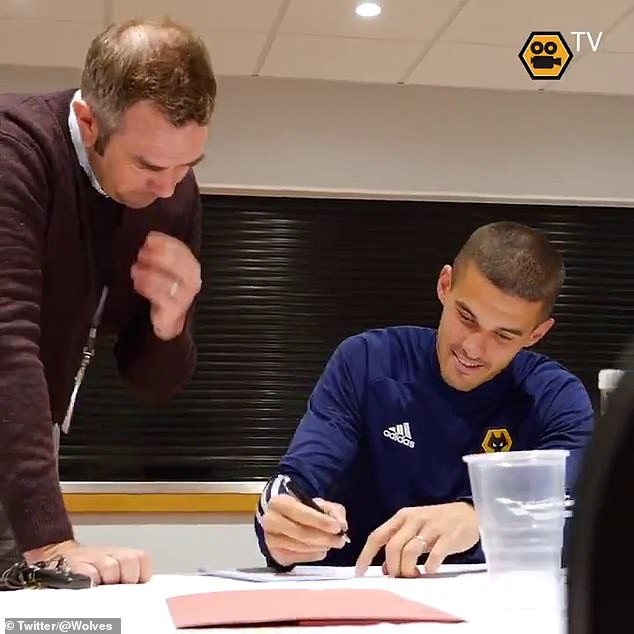 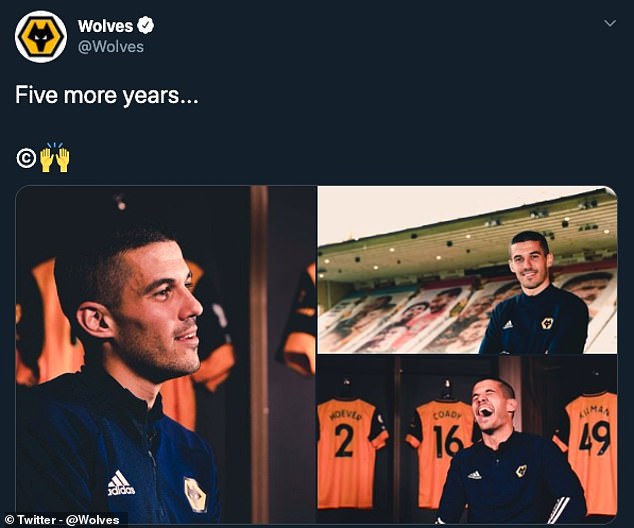 After putting pen to paper, Coady revealed his passion for the club and how his children have become huge supporters of the team, saying he was ‘honoured’ to represent the side.

‘I look at what this club has given me over the years, and it feels like home to me – it has done since the first day I came. I’m honoured to play for this football club every day, so to sign a new deal is absolutely incredible.

‘This is somewhere I’ve grown to love. On the first day I came, it was incredible the way people treated me and what the club gave me. Over the five years I’ve had kids, and this is all my kids know, all my family knows. When I play of a night and my kids can’t watch, they come and wake me up to ask what the score was.’ 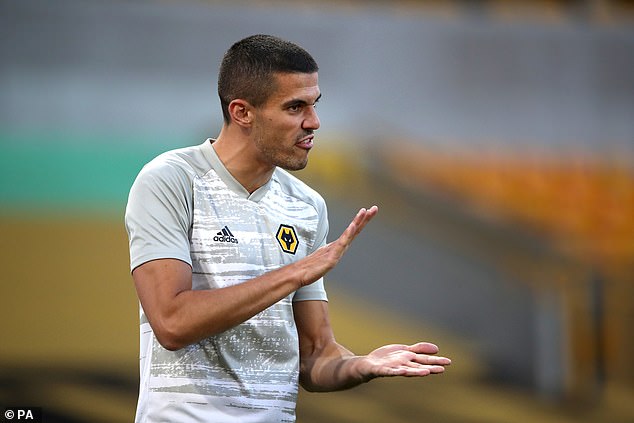 Coady’s rise has seen him make his England debut and attract interest from a host of top clubs after starring for the team in the Europa League last season, when they reached the quarter-finals.

He says his spell with Wolves has been ‘absolutely incredible’ so far and has become settled as he urged the club to keep growing.

‘I can’t put a feeling on it, only that over the five years, everybody knows how much I’ve loved being here. I’m the sort of player who lives for the moment. I live for the present. You can never predict the future.

‘I was lucky a club like Wolves came in for me, when I was at Huddersfield, and when I got the phone call at the time, I said, “Let’s get this done”. Now I’ve been here five years, it’s been absolutely incredible, and it’s a place I feel at home.’ 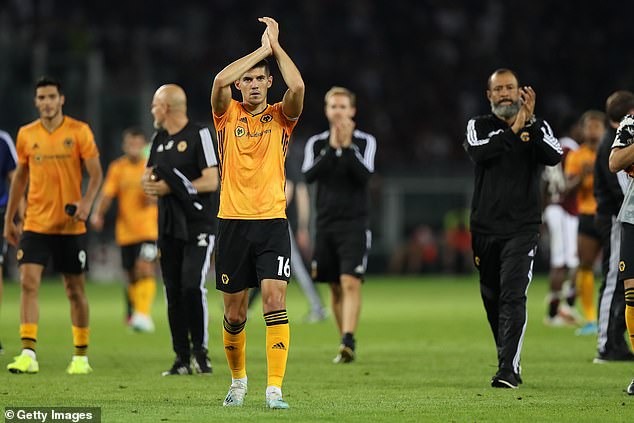 ‘Now, it’s important we keep helping this club grow as much as possible because that’s all we’re here for, it doesn’t matter about me signing this, it’s amazing for me and my family, but the most important thing is trying to help this club grow further down the line.’

Coady has not missed a Premier League game for Wolves since their return to the top-flight in 2018 and was rewarded with his first England cap last month.

Wolves, who are 16th in the Premier League after losing two of their first three games, face promoted Fulham on Sunday.