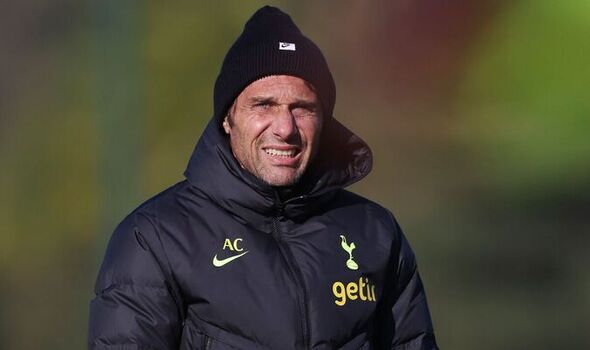 Tottenham have two players at risk of picking up an automatic one-game ban against Liverpool, with a suspension for either player to cause Antonio Conte a real headache. Harry Kane and Rodrigo Bentancur, two of Spurs’ best players this season, have both picked up four Premier League yellow cards this season.

Against Liverpool, Spurs are looking to further build momentum after valuable comeback wins against Bournemouth and Marseille. Bentancur scored a stoppage-time winner in the former before Pierre-Emile Hojbjerg’s late strike in France secured the Londoners’ spot in the Champions League last 16 draw as group winners.

Kane, surprisingly, did not find the net in either match but is by far Spurs’ highest goalscorer this season. He has 11 goals and three assists, which is nearly twice as many direct goal contributions as the player with the second most this term, which is Hojbjerg with eight (four goals, four assists).

Yet Conte will be hopeful neither pick up a caution against Jurgen Klopp’s Reds at the Tottenham Hotspur Stadium. That is because they host a resurgent Leeds United in their following league match, also their final game before the World Cup break, on November 12.

Kane or Bentancur would be hit with a one-game suspension and be forced to miss that match with another yellow. Leeds came from 3-1 down to beat Bournemouth on Saturday having become the first team to beat Liverpool at Anfield in front of fans in five years the weekend prior. They will therefore pose a real test to the north London side, who are weakened by injuries.

MUST READ: Conte sent warning by Redknapp as Tottenham prepare for Liverpool test

Spurs are already without Son Heung-min until after the World Cup while Richarlison and Cristian Romero are also unavailable with knocks. Though Dejan Kulusevski may return against Liverpool, being without talismanic striker Kane against Leeds would be a bitter blow.

Bentancur’s absence too would be sorely felt given his form this season. The Premier League yellow card count is not wiped until December 31. And so even if Kane and Bentancur avoid yellows against Liverpool, they must still be careful against Leeds.

That is because they will miss the Boxing Day trip to Brentford if either are booked against the Whites. The Tottenham duo are therefore walking a thin tightrope in the final two games of the first half of the season.

Yves Bissouma is meanwhile on three yellow cards and so, if he plays against Liverpool, will need to avoid earning a yellow. If he does, the Malian will avoid the threat of a one-match ban before the scheduled wipe.

Discussing Bentancur’s performances for Spurs, Conte said on Friday: “Rodrigo has only one problem in my opinion. He has the real possibility to be really, really top, top, but you know that to become a top player you need to will it and to decide this.

“But you know to be a good player and then the top that is the difficulty. When you are medium to become good is not so difficult. The difference is to be good to top. I think he has everything and has the great potential to be a top, top midfielder. For this reason I push him. I push him every day, during the training sessions because he has this quality to become.”