Guardiola was expecting to take his squad to Goodison Park on Monday to face Everton, but an increase in positive tests at the club saw the training ground shut and the match postponed hours before it was due to go ahead.

City revealed on Christmas Day that defender Kyle Walker and Gabriel Jesus had contracted the virus, and although no new positives allowed the club to resume training on Wednesday, Guardiola says he will be without at least three more players for the trip to Stamford Bridge on Sunday, live on Sky Sports.

Asked how many players will be missing, Guardiola replied: “Five right now. Five players are isolating for 10 days and some of them, the first cases that were released, it was four people – two players – and three more the second time.” 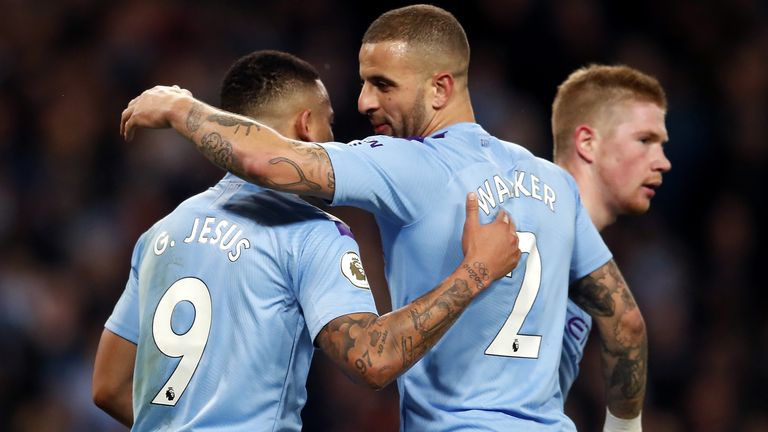 City reported “a number of positive cases” on Monday which led to the Premier League postponing the match against Everton.

Any players who have tested positive are currently in a 10-day self-isolation period, but Guardiola says City still wanted the game at Goodison Park to go ahead.

“Personally I called Carlo Ancelotti to announce the situation because we could play, but what happens if we travel on the coach and more players get it? The day before we were in touch all of us, and what would happen if the Everton players got infected from us?

“People are unfortunately dying all around the world and in the UK. Unfortunately the problem is still here. Hopefully the next tests everyone is negative and the people who are positive right now can come back without a problem.”