Footballers across the country are having to come up with novel ways of training on their own during lockdown but one household in particular is running on healthy competition.

Rivals on the pitch and partners off it, Manchester United’s Amy Turner and Reading’s Angharad James at least have someone to pass the ball to.

The pair are channelling their competitive streak to bring out the best in each other while they are stuck at home.

“We’re on similar programmes that we’ve got from each of our clubs so we’ve been helping each other through the fitness element,” Turner told Sky Sports News.

“It gets a little bit competitive sometimes! I don’t think I’d be able to do this whole lockdown if I was on my own.”

They have been given equipment by each their respective WSL club and James says they are also in the unique position of being able to get out on the grass. 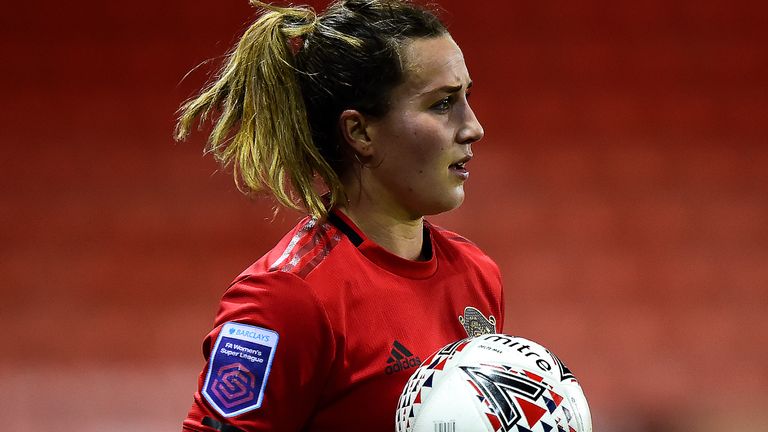 She added: “We’ve got a little gym set up out the back to try to keep our strength up and we’ve got a pitch that’s just behind us so we’ve been out doing more running and ball work. It’s worked out quite well so far.”

Not content with their hours spent baking, playing scrabble and finally getting around to watching Peaky Blinders, the pair also wanted to do something positive during the pandemic.

Turner, who is from Sheffield, explains with the help of an exercise bike borrowed from a kindly neighbour they came up with a 24-hour challenge to help four charities close to their hearts.

She said: “We got in touch with a couple of foodbanks from back home – they are really struggling at the minute. An increase in demand coupled with less people donating has meant food shortages, so we felt like that was important.

“I also spoke to a domestic abuse charity based in Yorkshire called IDAS. They have seen increased cases due to the lockdown so are on call a lot at the minute, so we felt like we wanted to help them as well.”

The pair came up with an idea to cycle the equivalent distance between those charities in Yorkshire, and also charities in Pembrokeshire in Wales, where James grew up. 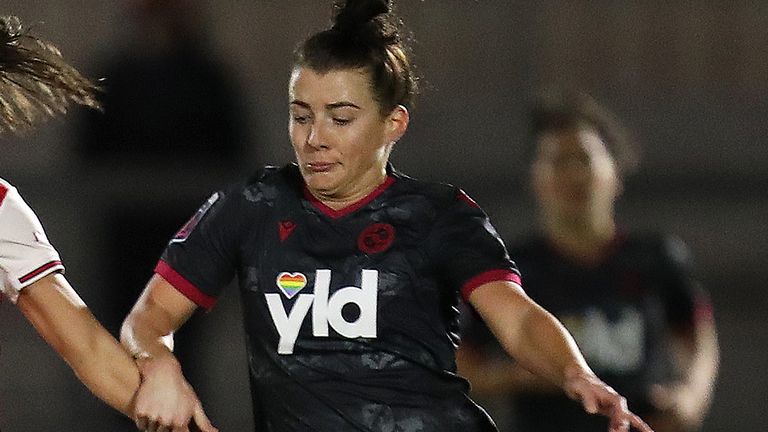 James added: “Get The Boys a Lift is a non-profit mental health organisation. The founder was actually a close friend of mine from school and the job that him and the boys are doing down there to offer free support and guidance to the community is brilliant.”

“It’s going to be about 383 kilometres, which I don’t actually think we know what we’re letting ourselves in for! It’s going to be a massive challenge but as footballers we love a challenge, so we’re also going to attempt to do it in 24 hours.”

Despite having each other to practice with, being locked away still means they are trying to find ways to fill the void. The charity ride has its own football twist, and it even began with a coin toss!

Turner explained: “We’re missing football a lot at the minute so we’re doing it in 90-minute intervals. I’ve got the earliest stint, I think I’m starting at 4am and then we’re just crossing over until we finish it.”

Kyle Walker red card: Why was England star sent off against Iceland?