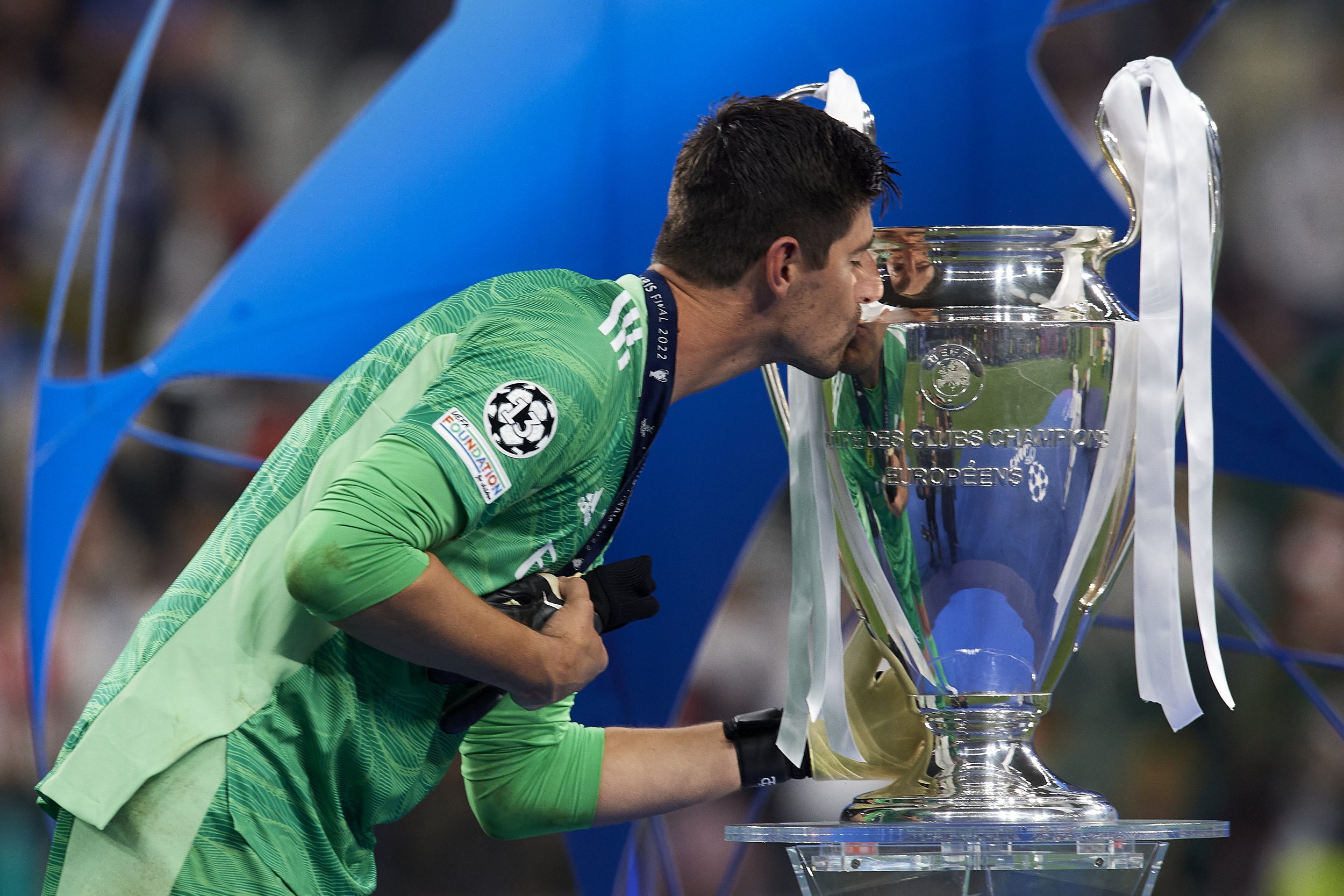 The former Chelsea goalkeeper delivered an impressive performance in the Champions League final on Saturday as his crucial saves helped Real Madrid secure a 1-0 win over Liverpool at the Stade de France.

However, Courtois angered Atletico supporters during his post-match interview as he referenced their defeat to Real Madrid in the 2014 Champions League final.

‘I think I said yesterday in the press conference that when Madrid goes to finals, we win them. I’m on the good side of history,’ Courtois said.

Courtois has a plaque outside Atletico’s stadium as he is among the players who have made at least 100 appearances for the club.

But on Monday, Atletico president Enrique Cerezo gave supporters the go-ahead to get rid of the plaque.

‘If you want to remove Courtois’ plaque, go with an axe and shovel and remove it,’ he told Spain’s COPE radio.

And that’s exactly what one Atletico supporter as done as there is now a gap where Courtois’ plaque was placed in the Walk of Legends part of the stadium.

Courtois spent three seasons with Atletico, helping the club win La Liga, the Copa Del Rey and the Europa League during his time at the club.

Meanwhile, Courtois also hit out at the criticism he faced from English media after winning the Champions League.

‘I saw a lot of tweets coming my way today saying that I will be humbled, but I think it was the other way around,’ he said.

‘Today I needed to win a final for my career, for all the hard work – to put respect on my name because I don’t think I have a lot of respect in England.’