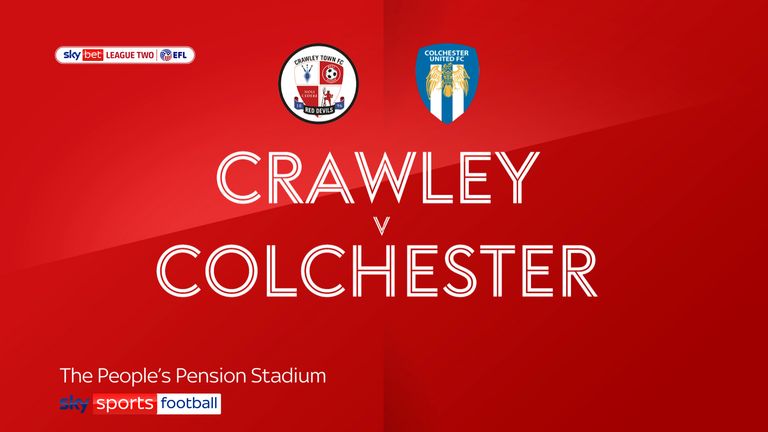 Substitute James Tilley struck a 93rd-minute winner for Crawley as the Reds ended a nine-game wait for a home league win with a 1-0 victory over Colchester.

Crawley nicked a dour encounter in the third minute of stoppage time when Tilley shot low into the net following a pass by Tom Nichols for his first goal for the club.

Crawley, without a win in their previous four league games, suffered a early injury blow when left-back Tom Dallison was forced off with a foot injury.

The Reds then survived a scare when Aramide Oteh raced through after a slip by Jack Powell and keeper Glenn Morris made an important block in a one-on-one situation.

Colchester, who are now winless in 12 games, had a scare when an sliced attempted clearance by Sowunmi came back off his own post.

Morris kept the U’s at bay 10 minutes after the break by producing a fine one-handed save to keep out a fierce drive from Oteh, making his first start on loan from QPR.

Both sides made double substitutions but clear-cut chances were at a premium, although keeper Gerken made a double save from Ashley Nadesan and Tilley – before the forward made his late intervention.