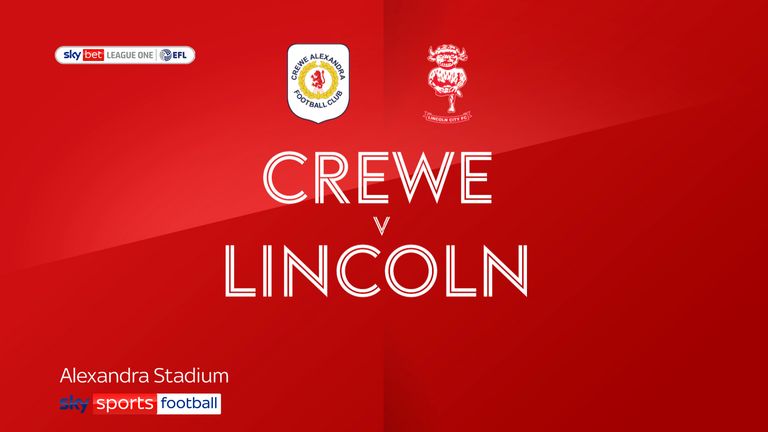 A first-half strike from Harry Anderson kept Lincoln on top of Sky Bet League One after a 1-0 win at Crewe.

With better finishing Michael Appleton’s side could have been two or three ahead by the half-hour mark.

The Imps dominated possession and had Crewe on the backfoot from the first minute when Lewis Montsma unleashed a shot from 35 yards onto the crossbar.

Montsma was less impressive when Will Jaaskelainen was unable to hold former Crewe midfielder James Jones’ fierce set-piece drive, although the goalkeeper recovered well to block the defender’s follow-up.

Crewe had a real let-off when Timothy Eyoma hung over a cross to the far post only for Tom Hopper to head inexplicably against the post from close range.

Dave Artell’s side emerged from their shell to test Lincoln keeper Alex Palmer, who needed to make a point-blank save after Owen Dale sneaked in at the far post.

But Anderson gave the visitors a lead their neat play deserved when he turned and fired into the bottom corner from the edge of the box in the 39th minute.

Lincoln continued to pose a threat after the break and Jaaskelainen made a smart double save pushing out Brennan Johnson’s rising shot and then keeping out Hopper’s follow-up.

Aston Villa vs Arsenal result: Player ratings as Trezeguet lifts home side out of relegation zone