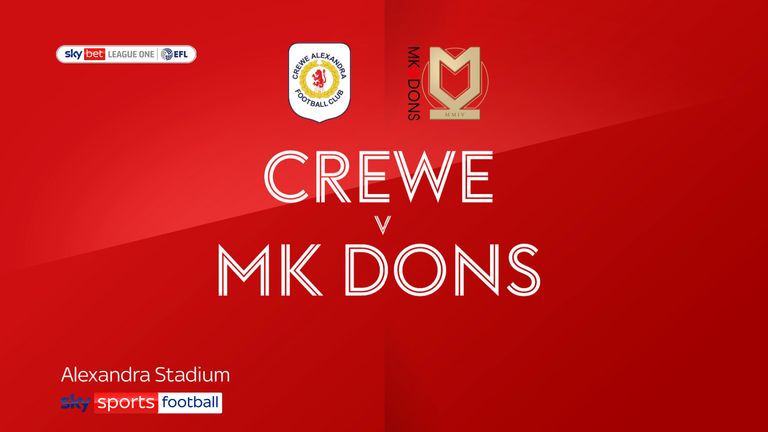 First-half goals from Mikael Mandron and Oli Finney earned Crewe a 2-0 success over MK Dons as the Railwaymen registered their first league win of the campaign.

Dave Artell’s side were sharp and quick, making the most of the visitors’ lethargy at the back in the first half.

They went ahead in the 13th minute after some fine work down the right flank from Ryan Wintle, who whipped a cross in for Mandron to glance a header into the corner.

A piece of clever footwork from Charlie Kirk should have put Finney clear on goal, but the midfielder was too slow to react to his team-mate’s pass.

He made amends soon after doubling Crewe’s lead by despatching a volley from 10 yards after Owen Dale’s cross dropped into his path.

Then Finney belted an angled drive at Lee Nicholls and Harry Pickering’s pull-back was just out of reach of Mandron.

The Dons improved after the restart and Joe Mason, slipped clear on the left of the box, was offered a chance to reduce the arrears, but home keeper Will Jaaskelainen came off his line smartly to make a good save.

Finney should have netted his second when he was allowed to race clear after referee Seb Stockbridge played the advantage. But the midfielder shot too close to the onrushing Nicholls, while Kirk and Pickering went close late on.