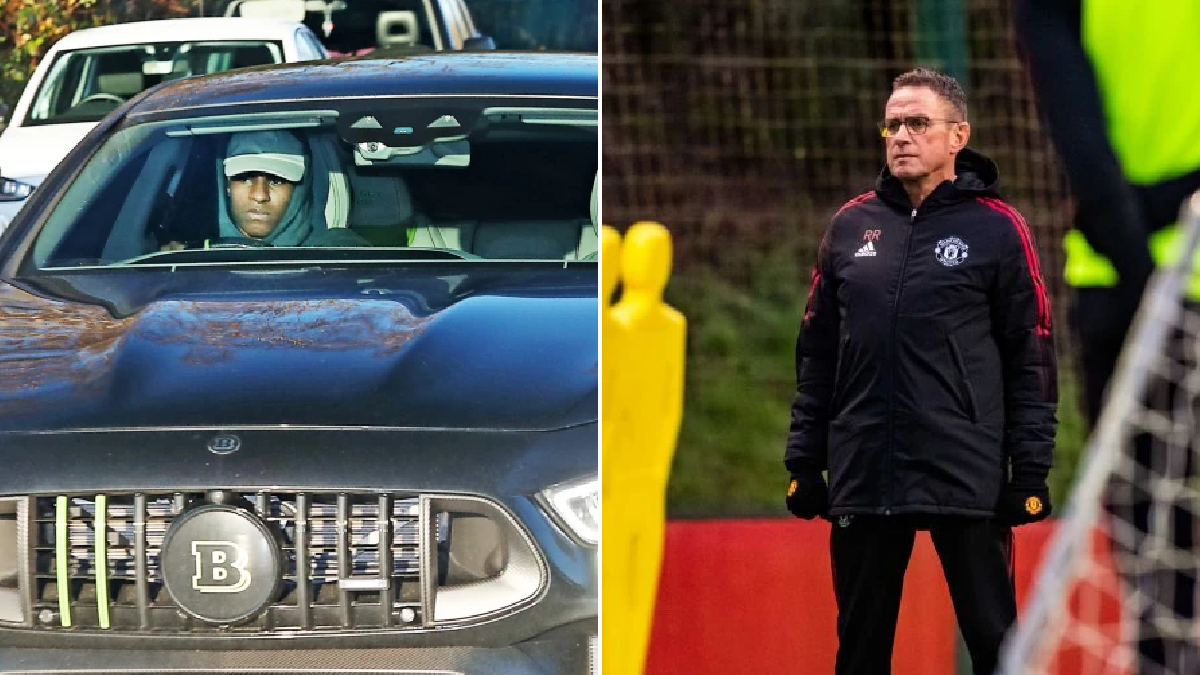 A host of Manchester United’s first-team players returned to training at their Carrington complex on Wednesday following an outbreak of Covid-19 at the club.

The Red Devils shut down the first-team section of their training ground on Monday after a number of players tested positive for coronavirus, with Tuesday’s Premier League clash against Brentford postponed as a result.

United’s squad were forced to stay at home and train individually, but after Carrington was deep-cleaned any players who test negative have now been allowed to return.

The news is a welcome boost to United’s hopes of fulfilling their next fixture, a home clash with Brighton at Old Trafford on Saturday lunchtime.

Among the players who reported back to duty were Marcus Rashford, Cristiano Ronaldo, Bruno Fernandes, David de Gea and Raphael Varane, and United had at least 18 senior first-team players in attendance.

That should be enough for United to put out a full team and bench against Brighton, while Ralf Rangnick was also at Carrington to take the session along with new assistant Chris Armas.

Premier League clubs have agreed to introduce daily Covid testing for players and staff after a sharp increase in cases across the league, with clubs keen to avoid more games being postponed – or, in the worst-case scenario, the competition being paused.

Players are also being encouraged to get booster jabs, while those that have not yet been vaccinated could come under mounting pressure to do so.

While United may be stepping up preparations to face Brighton, Graham Potter’s side have their own Covid worries with the Seagulls’ manager revealing they had several cases at the club.

Speaking before facing Wolves on Wednesday evening, he explained: ‘We have a combination, injury and Covid.

‘We are around three or four and that’s something we have to deal with. We are just checking to make sure it’s at that number. We have not spoken about that [postponement]. We are trying to monitor and make sure we are not playing games with guys who have Covid.

‘We have to keep monitoring and testing and make sure we can keep the number as low as possible.

‘We are all in the same position. First and foremost is the health and safety of the players and everyone around. We do all we can to make sure that’s done right.’

Norwich City were in a similar position before facing Aston Villa on Tuesday night and were able to fulfil that fixture, losing 2-0, but manager Dean Smith later revealed that injuries picked up in that defeat meant they may struggle to get out a team against West Ham at the weekend, particularly if any more players test positive.

On Wednesday, meanwhile, clubs sent out instructions to match-going fans confirming that they would require either proof of vaccination or proof of a negative lateral flow test in order to attend matches.

GORDON STRACHAN: Scotland can get a result against England