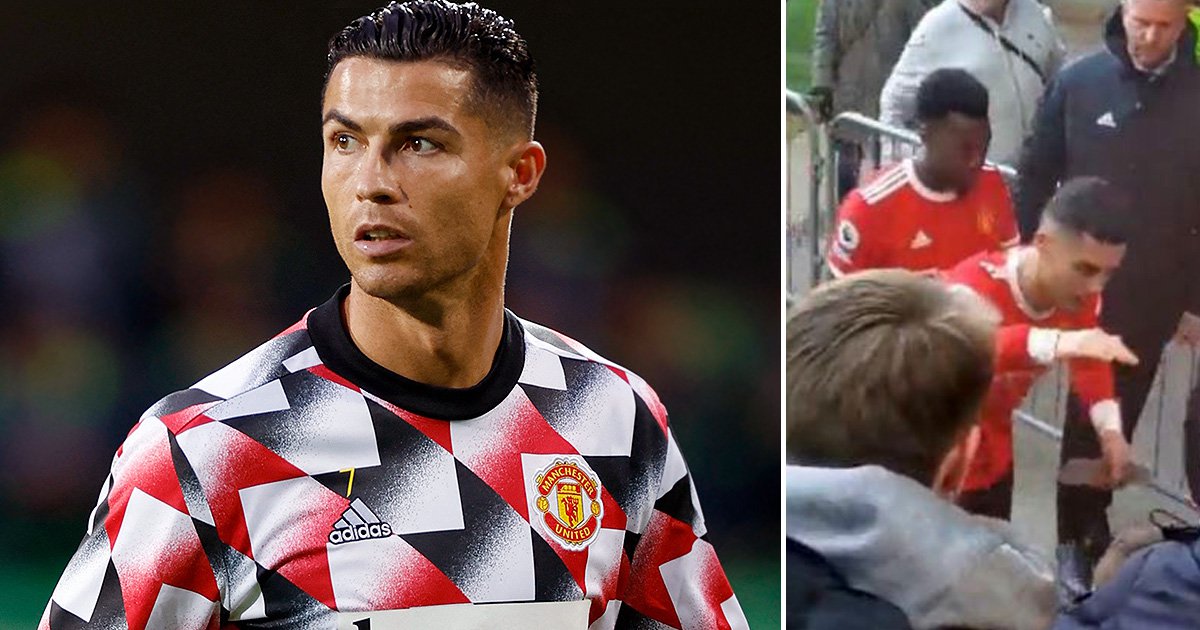 Manchester United star Cristiano Ronaldo has been charged with ‘improper and/or violent’ conduct following the incident where he appeared to knock a mobile phone out of a supporter’s hand.

Footage shared on social media showed the 37-year-old appearing to smash a phone out of a young fan’s hand as he left the pitch and headed towards the tunnel.

Ronaldo was cautioned by police regarding the incident in August and later issued an apology to 14- year-old Jacob Harding on his Instagram account, admitting his emotions after such a damaging result had got the better of him.

United have announced their will be supporting their player in response to the charge.

A statement from the FA read: ‘Cristiano Ronaldo has been charged with a breach of FA Rule E3 for an incident that took place after Manchester United’s Premier League match against Everton FC on Saturday 9 April 2022.

‘It is alleged that the forward’s conduct after the final whistle was improper and/or violent.’

United commented: ‘We note the FA announcement in relation to Cristiano Ronaldo. We will be supporting the player in response to the charge.’

After the game, the teenager’s mum, Sarah Kelly, revealed her son suffered bruising such was the ferocity with which Ronaldo slapped the device out of his hand.

She said: ‘At full-time the United players started walking off. We were right by the tunnel – my son was there, videoing them all. Ronaldo then just walked past, with a terrible, terrible temper, and smashed the phone out of his hand.

‘You can see by the bruise that he’s made contact. I was crying, I was shook up, Jacob was in complete shock – he’s autistic and he’s got dyspraxia as well, so he didn’t really digest what was happening until he’s come home.

‘He’s really upset and it’s put him off going to the game again. We had an absolutely brilliant day up until those final few seconds.’

Ronaldo is currently on international duty with Portugal, who are in Nations League action against Czech Republic on Saturday, followed by a game against Spain on Tuesday.

Davy Propper: Former Brighton midfielder retires at 30 after ‘losing love for the game’