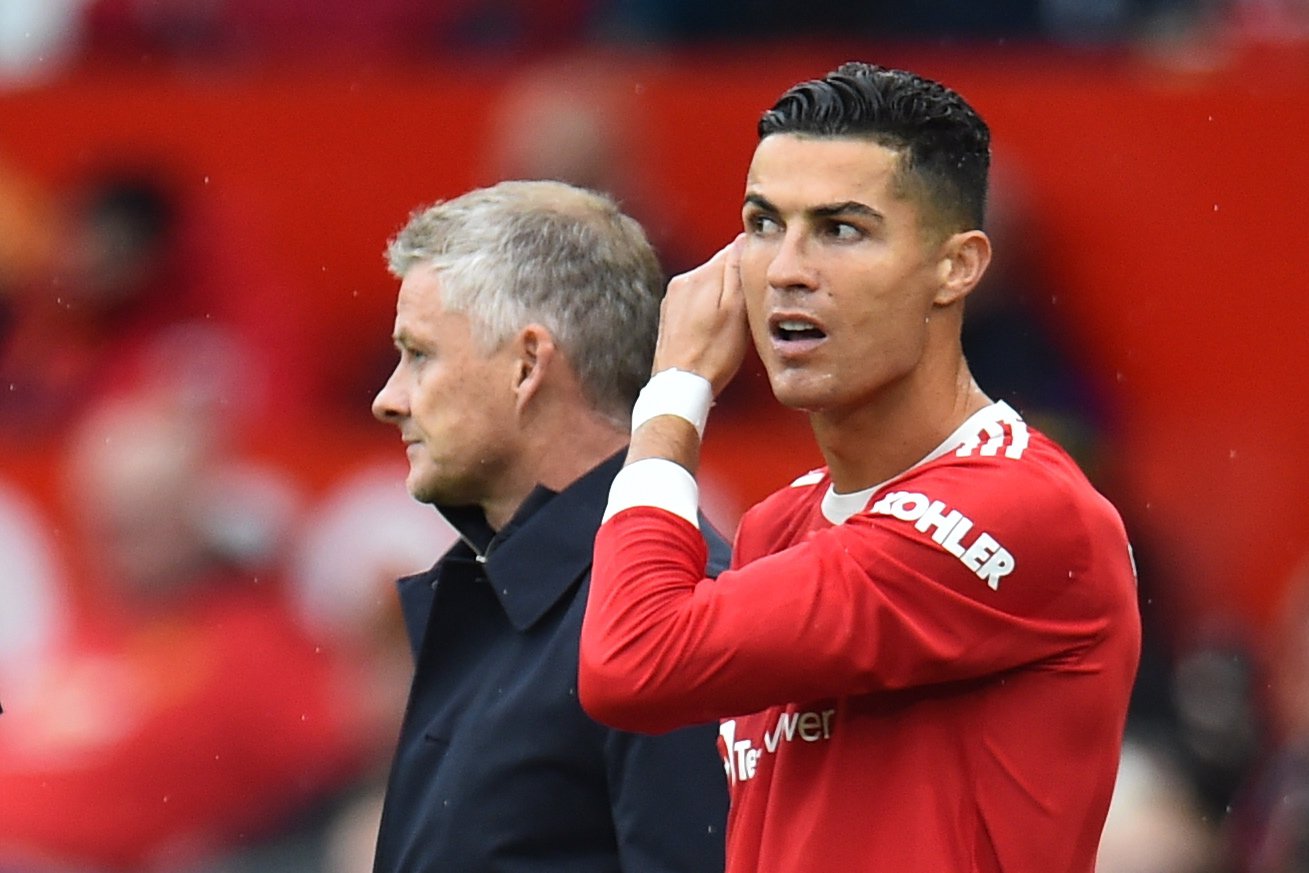 Manchester United superstar Cristiano Ronaldo insists the squad must take responsibility for the club’s recent results and it is not entirely the fault of manager Ole Gunnar Solskjaer.

The Norwegian has come under increasing pressure this season following the club’s poor start to the campaign, with United picking up just 14 points from their opening eight matches.

United were comprehensibly beaten by Leicester City last weekend and found themselves 2-0 down to Atalanta on Tuesday, only for the side to mount a spirited comeback to win 3-2.

However, the win has been met with accusations that Solskjaer is merely papering over the cracks and today’s fixture against Liverpool is another acid test of the Norwegian’s reign.

But Ronaldo has defended his new boss and says that recent performances and results are as much to do with the players than the manager.

‘We have to [take responsibility],’ said Ronaldo on Sky Sports.

‘You play for one of the biggest clubs in the world, all eyes are on you and it is normal. You have to deal with it.

‘The coaches, the players, when we lose we are in the same boat, when we win it is the same.

Ronaldo is expected to start as United welcome Liverpool to Old Trafford today.

Marcus Rashford and Bruno Fernandes face late fitness tests but they arrived at the team hotel last night, suggesting they have a good chance of featuring this afternoon.

Brazil midfielder Fred was not spotted with the rest of the squad.

Is Everton vs Chelsea on TV tonight? Kick-off time, channel and how to watch Premier League fixture