Five-time Ballon d’Or winner Ronaldo’s transfer back to United was made official on Tuesday morning, as he signed a two-year deal with the option to extend for a further year.

Ronaldo scored a total of 551 club goals across spells at Real Madrid and Juventus after leaving United in 2009, but has now returned to the Premier League aged 36.

Skinner, who replaced Casey Stoney over the summer, is set to take charge of his first Women’s Super League fixture as his side get their campaign underway against Reading on Friday evening, live on Sky Sports Premier League.

“We feel in the staff – it’s not even just the players – with Cristiano returning, it becomes part of the bigger construct of the club,” Skinner said.

“You can feel the vibes that are changing in the teams. I was speaking to someone who’s been here a long time because obviously that’s how you get to know the history of the club as well, and they can feel a renewed energy, a focus, a connected drive in all of the teams.

“It feels like, although Manchester can be quite grey, it definitely feels like there’s a rise of energy from all the teams in and around Manchester United.” 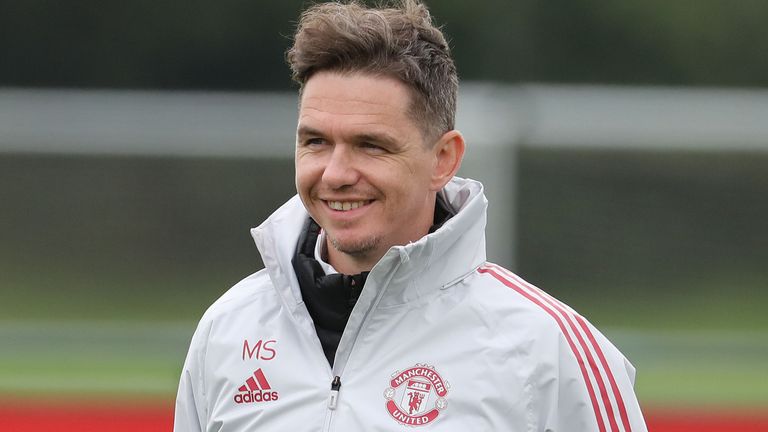 Skinner is looking to help United mount a title challenge after they finished fourth – 10 points behind champions Chelsea – last season.

“It also welcomes in the new era and that feels brilliant too and I can’t feel anything but positivity towards the situation and something that we all can’t wait for and are all looking forward to. I feel the energy around the group and how they want to show who they are and what they are.”

The Barclays FA Women’s Super League has a new home this season on Sky Sports with up to 35 games shown exclusively live. The deal covers the next three seasons and has seen the WSL added to Sky Sports’ flagship offerings.

This Friday, September 3 will see the Barclays FA Women’s Super League air on Sky Sports for the first time with coverage starting from 7pm for a 7.45pm kick-off between Manchester United and Reading F.C on Sky Sports Main Event (channel 401) and Sky Sports Premier League (channel 402).

The current Sky Sports Barclays FA WSL presenter line-up is led by presenter Caroline Barker and includes expert pundit Karen Carney and reporter Lynsey Hooper with commentators Jacqui Oatley and Seb Hutchinson. Jessica Creighton will also be the host of the brand new Inside the WSL show due to premiere on September 9. 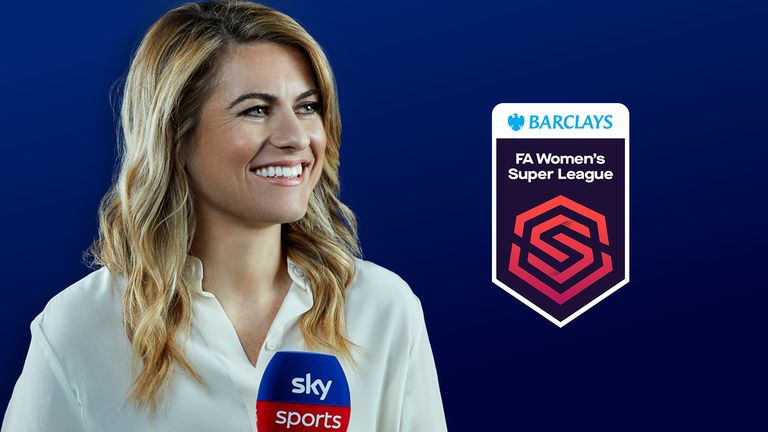 From world-class stars like Lucy Bronze and Vivianne Miedema, to the endless rivalry of the ‘big three’ – Arsenal, Chelsea and Manchester City – there are plenty of reasons to be excited for the 2021-22 season on Sky Sports.

Here’s how to follow the WSL on Sky Sports… 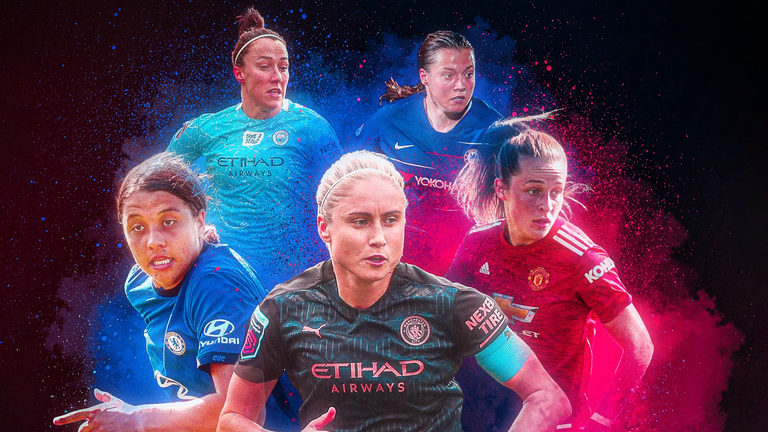 Inside the WSL – Hosted by award-winning broadcaster and journalist Jessica Creighton, Inside the WSL is a comprehensive round-up of all things Barclays FA Women’s Super League and women’s football. Airing weekly from Thursday, September 9 on Sky Sports Premier League, the half an hour show will review and preview matches, include in-depth analysis and exclusive player interviews. Viewers can expect gripping behind-the-scenes access as well as a summary of all the action both on and off the pitch.

Sky Sports Social – Alongside coverage and visibility for the league across all Sky Sports’ main social media channels, a new bespoke Twitter channel @SkySportsWSL will be the home of all Barclays FA WSL content on Sky Sports.

Sky Showcase – All Sky customers will benefit from being able to watch the opening weekend fixtures on Sky Showcase (channel 106) without a Sky Sports subscription. This newly branded channel is designed to curate some of the top shows, films and sports from across Sky’s channels and will highlight Sky Sports’ coverage of Manchester United vs Reading on Friday, September 3 at 7pm, followed by Arsenal vs Chelsea on Sunday, September at 11.30am for the opening weekend.

To add all the Barclays FA WSL fixtures to your calendar click here.