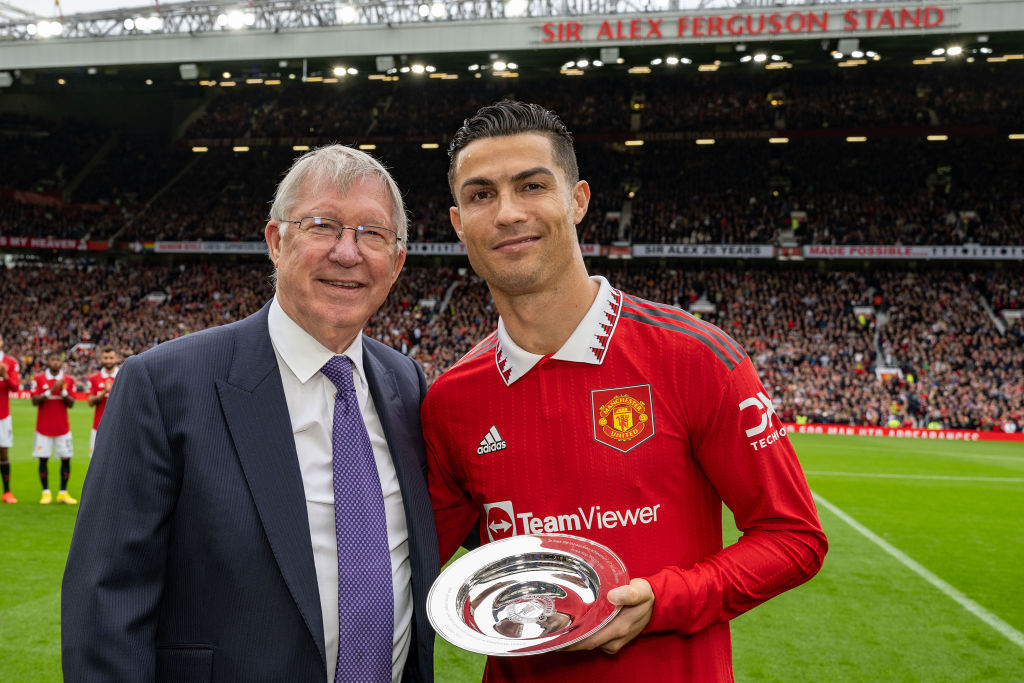 Cristiano Ronaldo is confident he retains the support of Sir Alex Ferguson, despite his recent scathing criticism of Manchester United and the club’s decline.

The 37-year-old has rendered his position almost untenable following his sensational interview with Piers Morgan in which he attacked current manager Erik ten Hag and his predecessor Ralph Rangnick.

Ronaldo’s revelations followed his act of defiance during last month’s win over Tottenham when he refused to come on as a late substitute and fled Old Trafford before his teammates had returned to the dressing room.

Last season’s top goalscorer was reprimanded by Ten Hag and suspended from the game against Chelsea, which United drew 1-1 in his absence.

Ronaldo has since been welcomed back to the fold and even wore the captain’s armband against Aston Villa, but he remains disenchanted and is almost certain to depart in January.

It is little over 18 months since Ferguson, his mentor, pulled out all the stops to ensure he resisted the temptation to sign for Premier League rivals and neighbours Manchester City, but Ronaldo believes his former manager remains sympathetic to his plight.

‘I don’t speak with him like one month ago, but he’s always on my side, Ronaldo told Piers Morgan Uncensored.

‘He always understand me. He knows that, he knows better than nobody that the club is not on the path they deserve to be. He knows. Everyone knows.

‘The people who don’t see that is because they don’t want to see; they are blamed. The fans, they are always the answer, and the passion for the game.

‘Manchester belongs to the fans, but they should know the truth. The infrastructure, they are not good. They should change.’

On his future and chances of playing for United again after the World Cup, Ronaldo added: ‘It’s difficult to tell right now, it’s because, we, my mood is right now to The World Cup.

‘It’s probably my last World Cup, of course, my fifth World Cup. I don’t know what’s gonna happen after the World Cup, but as I told you before, and I will say again, the fans will be always in my heart.

‘And I hope they been in my side, even if I back, or if I’m not back, or if I stay or whatever. Nobody’s perfect. Episodes in the life we all have is part of the human beings, is part of me to be a human being and father as well. I always will commit mistakes.

‘But I don’t know, it’s hard to tell right now what’s going to happen to World Cup because my focus is for the World Cup, for the Portugal national team.

‘When I arrived at Manchester United, I always be available to help the team to do the good things, to put in the right spots, to compete with the best teams. But it’s hard when they cut your legs and they don’t like you to shine and they don’t listen to your advice.

‘I think I have words to advise to the club because the trophies are one individual and collective. I think I can help a lot, but when the infrastructure is not good.’