Juventus close gap on leaders Inter Milan to eight points and second-placed AC Milan to four points, but reigning Serie A champions have game in hand on top two; Sevilla move up to third in La Liga 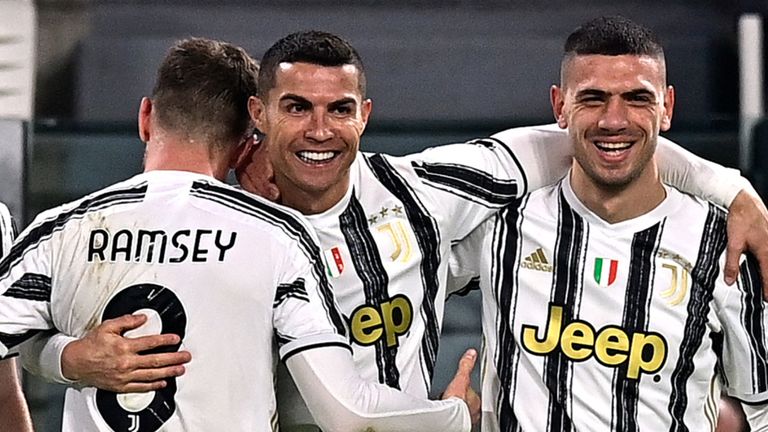 Cristiano Ronaldo scored twice as Juventus returned to winning ways with a 3-0 home victory over bottom club Crotone to keep Andrea Pirlo’s team in the Serie A title race.

Juventus were under scrutiny after defeat to Napoli had been followed by a Champions League loss against Porto, but the defending champions coasted to a comfortable success to move up to third in the table.

Pirlo’s side are eight points behind leaders Inter Milan but they do have a game in hand.

The hosts dominated the majority of the first half but had to wait until the 38th minute to make the breakthrough, with Ronaldo heading home an Alex Sandro cross.

The five-time Ballon d’or winner doubled the lead before half-time, this time powering home a header after Aaron Ramsey had put the ball into the box. Weston McKennie added a third goal from close range after 66 minutes after Crotone failed to clear a corner.

Sevilla are up to third in La Liga after a 2-0 win at Osasuna.

Goals in each half from Santos Silva and Luuk de Jong sealed a sixth straight league victory and moved Sevilla to within seven points of top-of-the-table Atletico Madrid.