Cristiano Ronaldo has reportedly been offered to Barcelona. It’s a move that would excite every football fan on the planet and has already sparked much discussion online. However, the presence of Lionel Messi and his own ego means the prospect of the Juventus star moving to the Nou Camp appears unlikely.

According to La Liga expert Guillem Balague, Ronaldo has been offered to Barcelona this transfer window as Juventus look to get him off the wage bill.

“The reason why Cristiano Ronaldo has been linked to PSG, it’s not so much that PSG are thinking of getting him,” he told the BBC.

“It’s because Jorge Mendes has been given instructions to actually find a team for Ronaldo. We have seen this in the last six months, he was linked to Real Madrid.

“Real Madrid said: ‘no chance! He’s not coming back’. There has been talks about MLS, etc. Because Juventus want to get rid of that wage.

“It’s as drastic as that. He’s been offered everywhere, including Barcelona. I’m not sure if they can get rid of him easily.

“In fact, with the kind of money, if he still earns the €23m net that he was earning at Real Madrid, and I think he equalled his wages when he went to Juventus, who’s going to pay that kind of money?” 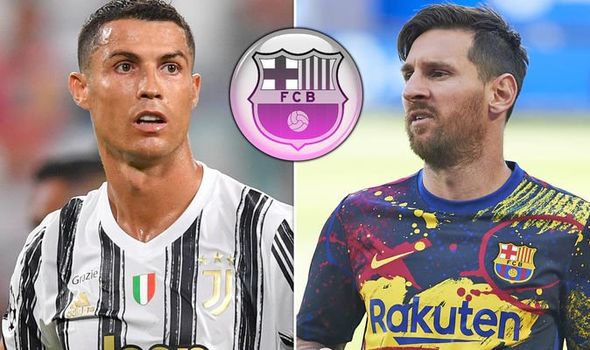 But if, just what if, they were to go after him? If the supremos at the Nou Camp decided he was worth a punt and the prospect of Messi was too good to ignore?

The thing is, it’s unlikely to make a jot of difference. While supporters have been drooling at the prospect of the pair lining up together, the reality is that Ronaldo definitely wouldn’t play second fiddle to anybody.

There is a respect between the pair. An acknowledgement that they’re both superior to the rest of the players on the planet, that they’re capable of things only others can dream of. 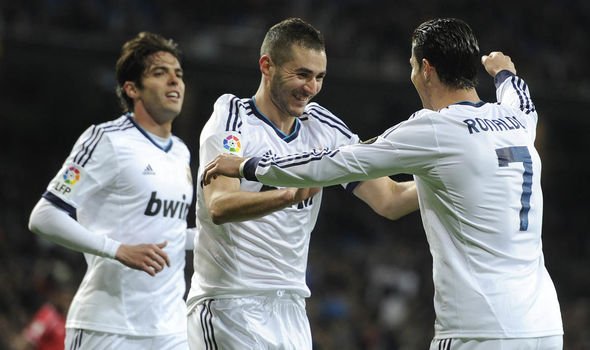 But Ronaldo would loathe to give up the spotlight for his rival. He’s a player who has spent years making himself a talisman, a spectacle. He’s not going to give that up.

He was undeterred when Real Madrid signed Kaka in 2009 because he knew the Brazil international, for all his talents, was diminishing. Kaka’s stats in his final season at AC Milan were good – 16 goals and nine assists from 31 games – but there was a sense the player was approaching the tail end of his career.

The forward was right. Kaka and Karim Benzema both arrived the same year he himself touched down at the Bernabeu but neither became Real’s spearhead. That was the duty of the former Manchester United star instead.

When Juventus came calling two years ago, Ronaldo again sensed an opportunity to be the star man.

Juve had been successful prior to his arrival but had no standout asset. Gonzalo Higuain and Paulo Dybala are both great players but neither are of Ronaldo’s quality.

And that means that speculation tipping him to potentially join Barcelona, exciting though it is, is unlikely to lead to anything.

Ronaldo is a preening peacock, somebody who likes to display just how wonderful he is. At Barcelona, there’s just no chance he’d usurp Messi.

What happens with his future now is fascinating. If Juventus are looking to sell, only a handful of Europe’s elite have the financial muscle to take Ronaldo away from Turin.

But the likeliest outcome is another year in Italy, now under Andrea Pirlo. It will be Ronaldo’s third manager at the club in as many seasons.

And whether Pirlo can appease Ronaldo by building a dynasty at the club remains to be seen.