Cristiano Ronaldo watches on from the sidelines

“I understand you are ambitious and want more goals,” the German told Ronaldo, “but maybe in a few years when you are a head coach you will realise”.

These words are no great secret uncovered. Rangnick offered them up himself after the game.

For all the issues that United’s interim coach has had in his first two months, his frankness is to be appreciated. He has no problem telling it as it is, as the squad and board have already found. Rangnick has already delivered some frank assessments of the players to the hierarchy above him.

In the immediate aftermath of the 3-1 win over Brentford, some figures around the United dressing room were wondering whether Ole Gunnar Solskjaer would have been so forthright with and about the club’s greatest star. 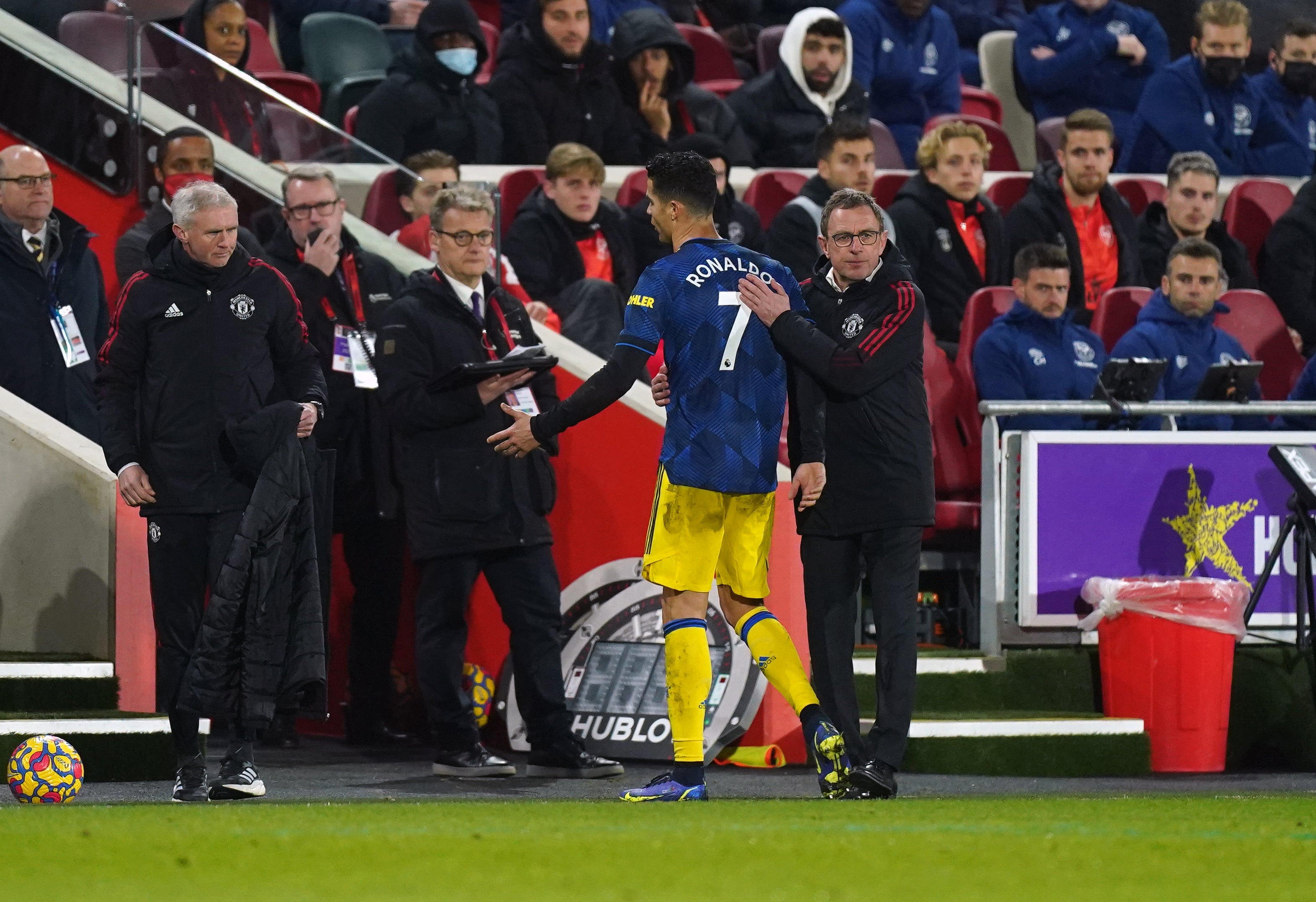 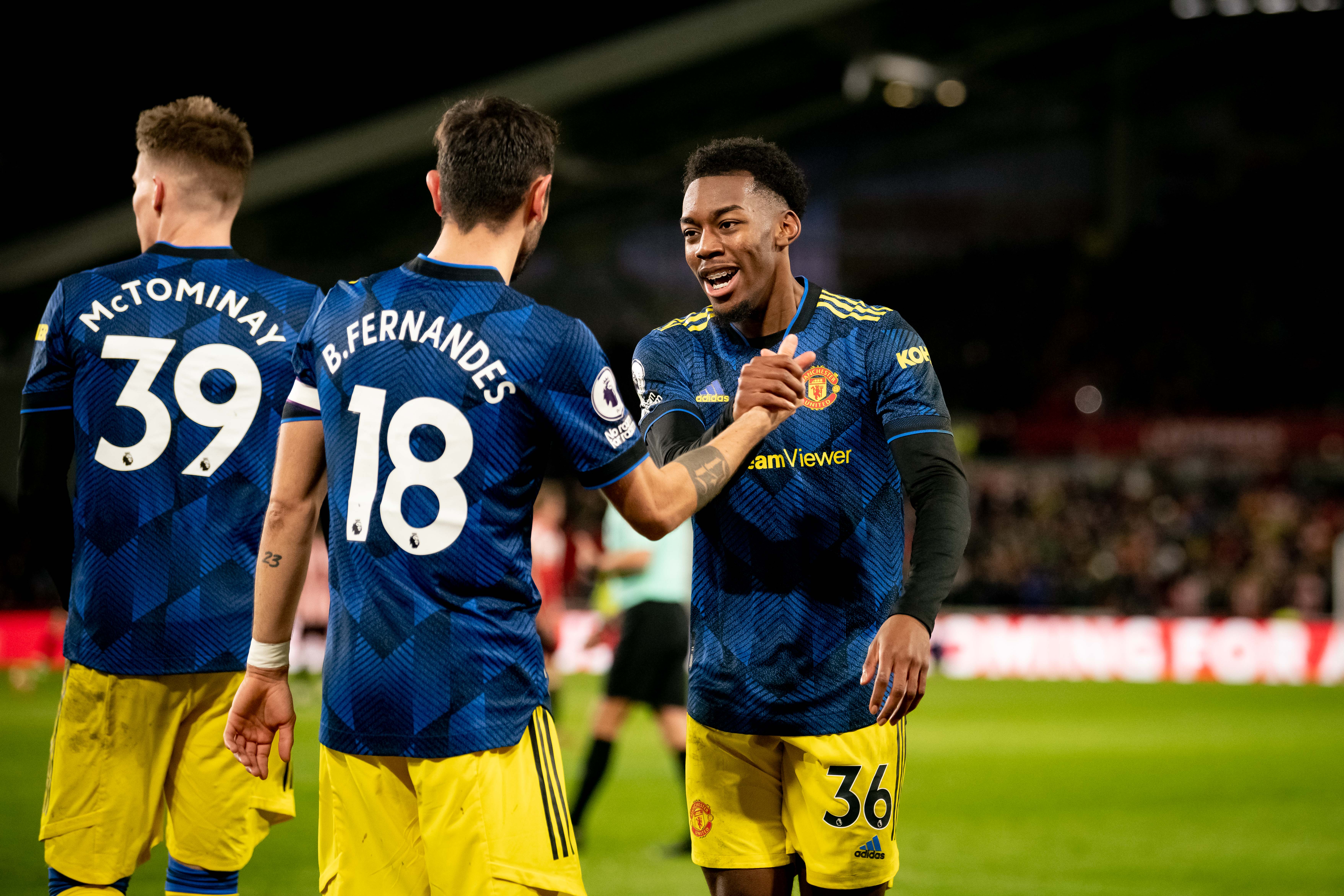 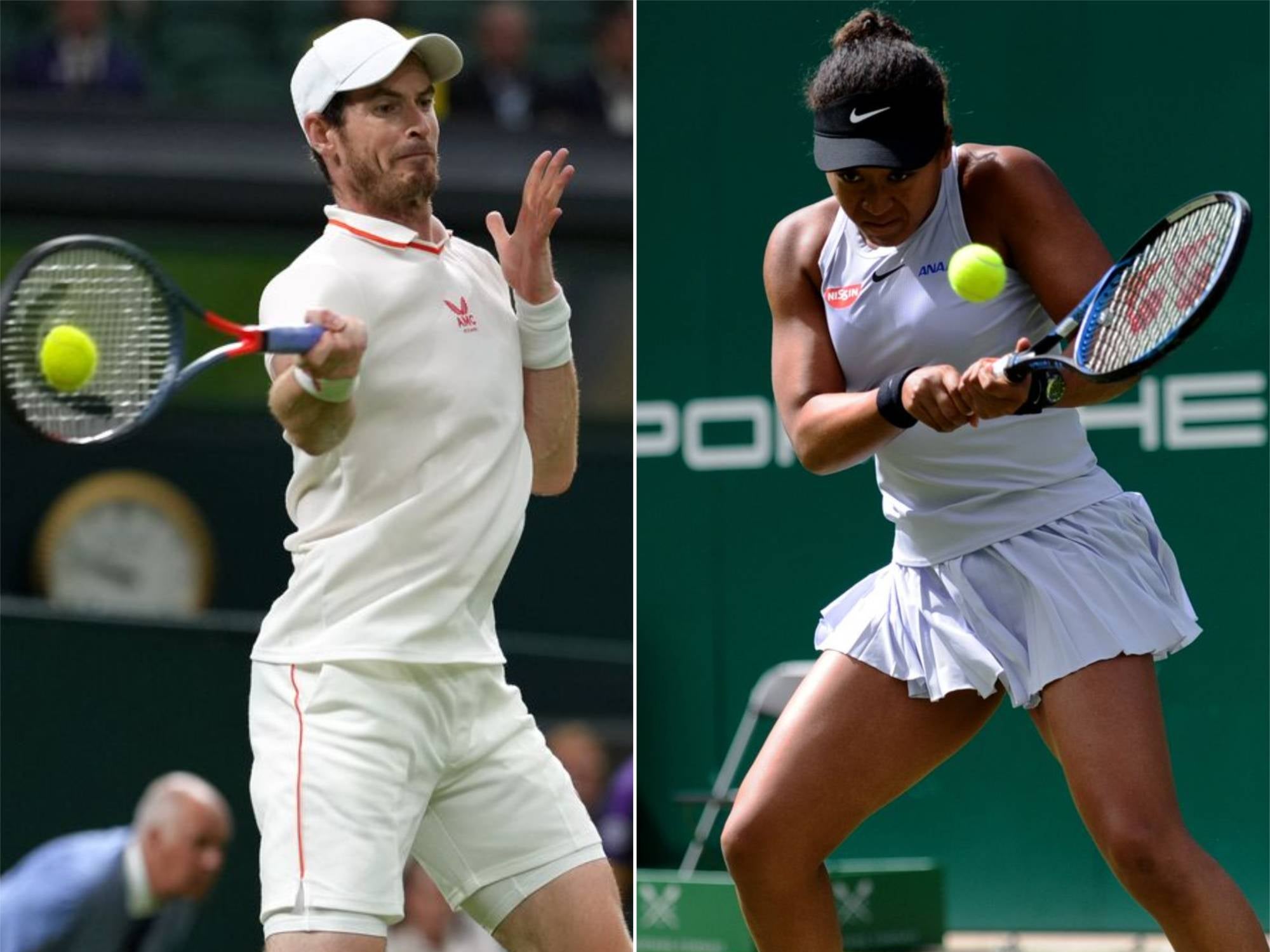 That isn’t necessarily to mean that this is a concern. Rangnick said after the game that there is “no issue” with Ronaldo and, as with most of his press conferences, it’s hard not to take this at face value.

That is not just because the United manager deftly killed it as an issue. Rangnick’s explanation was entirely reasonable, and encouraging.

Conscious of how they’d thrown away a 2-0 lead against Aston Villa just days before, he wanted to lock the game up and make United more secure. That meant removing the player who runs the least, but who was also coming from injury. Rangnick pointed to how Ronaldo had missed the previous two games, and he wanted guaranteed legs.

It’s generally nothing serious, and usually just a sign of the drive that has made him the player he is. What is more interesting is what is going to happen next, though, not least as regards the dynamic of this team.

Ronaldo and his many defenders would argue that the goals scored by Anthony Elanga, Mason Greenwood and Rashford show exactly the positive influence he can have. He criticised the attitude of the “new generation”, and here they were responding to that criticism.

Others might point to the symbolism of Ronaldo being very visibly in a sulk, and the only United figure not smiling, as everyone else celebrated Rashford’s first goal since October. A really happy moment for the forward and the squad was clouded by the big star looking unhappy.

It was just bizarre. After all of the discussion last week, there was Ronaldo acting like the child, as the younger players all took responsibility.

Something else about that is pertinent. Had any of those players thrown the kind of strop Ronaldo did, it would have been derided as an example of what the Portuguese was criticising last week. The chemistry there is interesting, and delicate.

Ronaldo isn’t completely the caricature he is occasionally painted as. He can obviously be a hugely positive influence on younger teammates, and often leads by example alone. When you have a star who can perform to such levels, it naturally inspires others to lift their standards. The story about the dessert is indicative. Ronaldo just has that aura. He sometimes doesn’t need to say anything.

But that’s the other side of it. Ronaldo can be hugely motivational, in a much more encouraging way – but, crucially, in the right setting.

That is when he feels adulation from his teammates, when he knows they look up to him. That is exactly what he gets with Portugal, where he is pretty much seen as a God. So much of what happens around the team is in service of him.

It is the most extreme example of what has become standard in his career, going back to those last two seasons in his first spell at United… until now.

Some of his younger teammates might have been in awe of Ronaldo when he first returned, but that has worn off.

The tension with Greenwood is now well publicised. The junior forward expected to be used in the centre much more this season, to the point he became the main striker. Ronaldo has obstructed that. And Greenwood isn’t the sort of character to feel subservient to anyone. Such feelings do go beyond him, though, which was why last week’s interview was so pointed. It reflected and revealed issues within the squad.

An irony is that some of the staff around those young players were pleased with what Ronaldo said. They felt it was needed. They will be more pleased with the response against Brentford. It was just a little coloured by Ronaldo’s reaction.

This is something else that comes with the Portuguese, though. When he’s at a club, everything is ultimately about him. 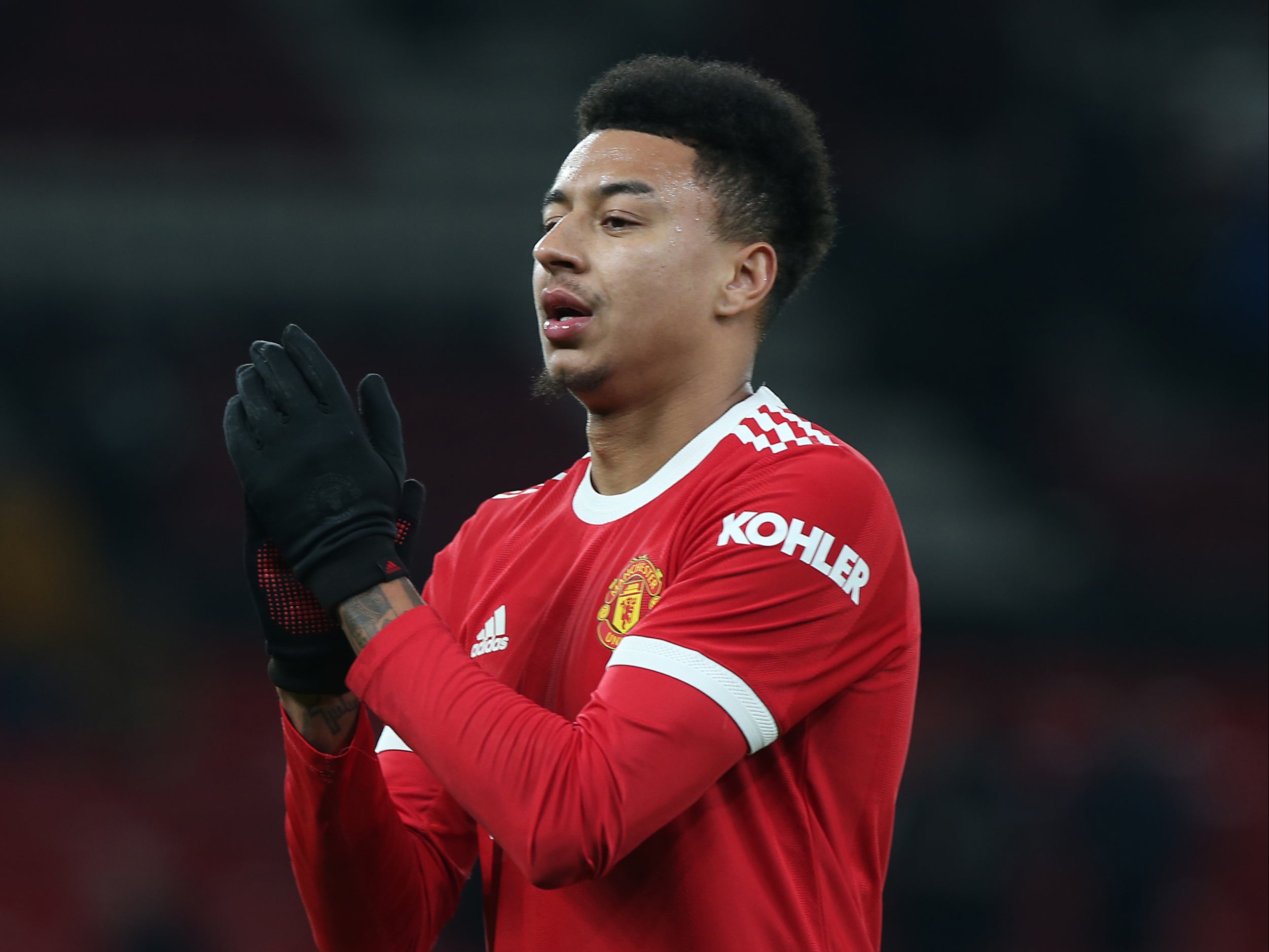 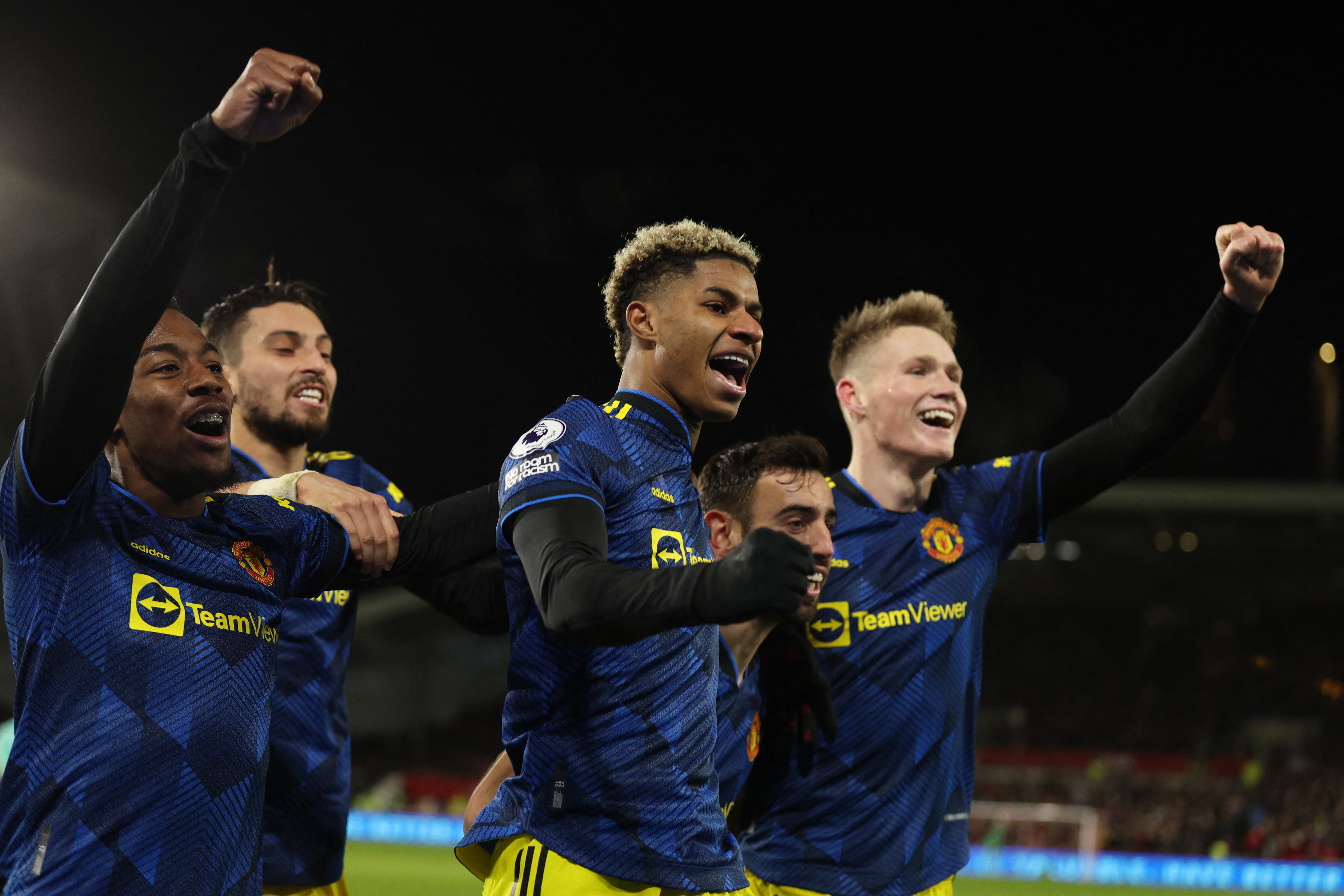 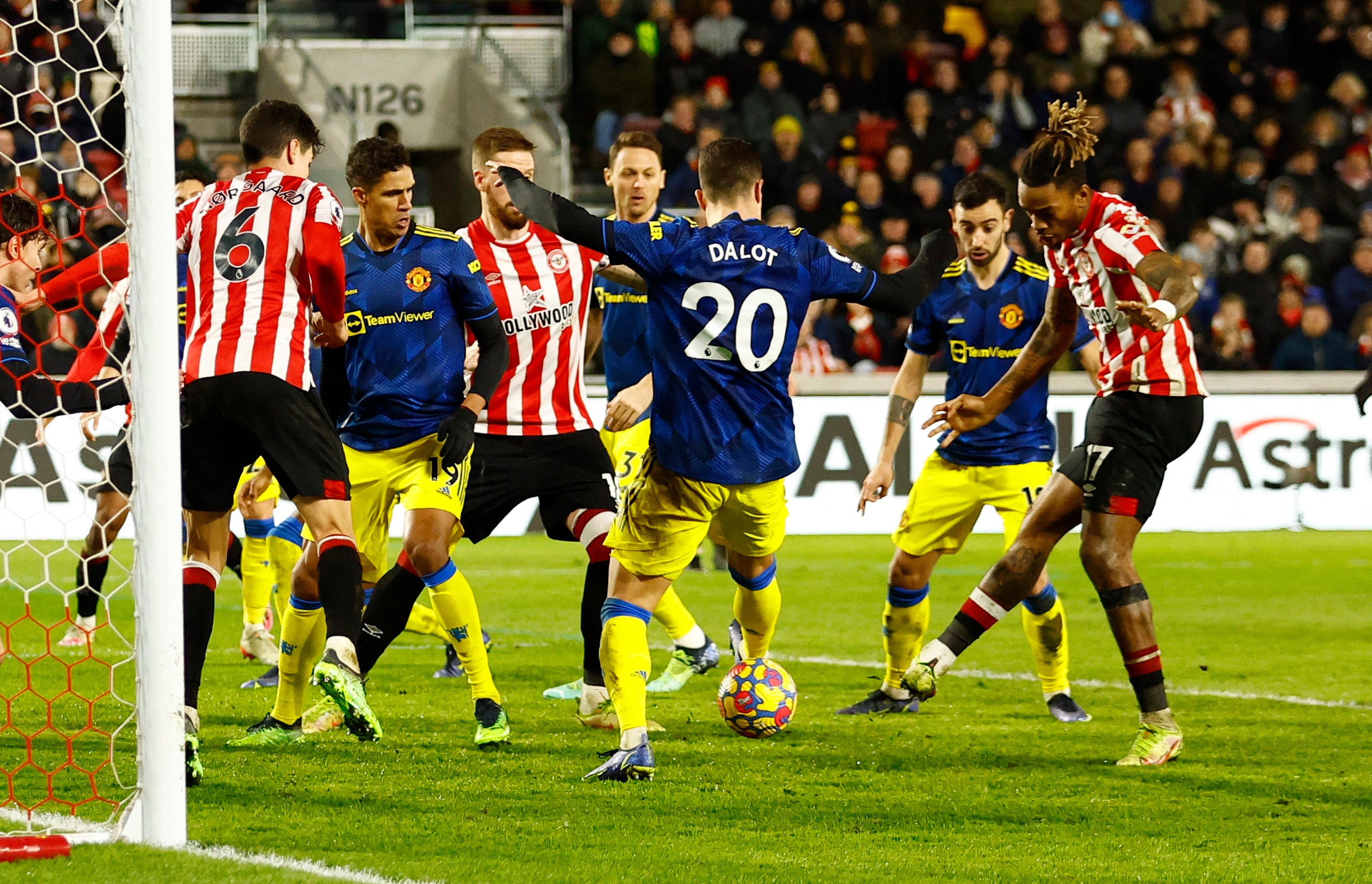 It brings a lot of benefits, especially in terms of goals. It also brings questions about what next, and the evolution of some of these young players alongside him. Can these players actually rise to their best with Ronaldo there? Is it becoming a bit like a young Ronaldo himself and Wayne Rooney with Ruud van Nistelrooy back in 2006?

The hope for United is that they all respond in the most productive way – including the Portuguese star. It may just need a few more words from Rangnick.