Match report as Spain win eight-goal thriller; Luis Enrique’s side appeared home and dry in normal time after recovering from a bizarre own goal but Croatia fought back to send the game to extra-time; Alvaro Morata scored Spain’s fourth goal as La Roja booked their quarter-final spot 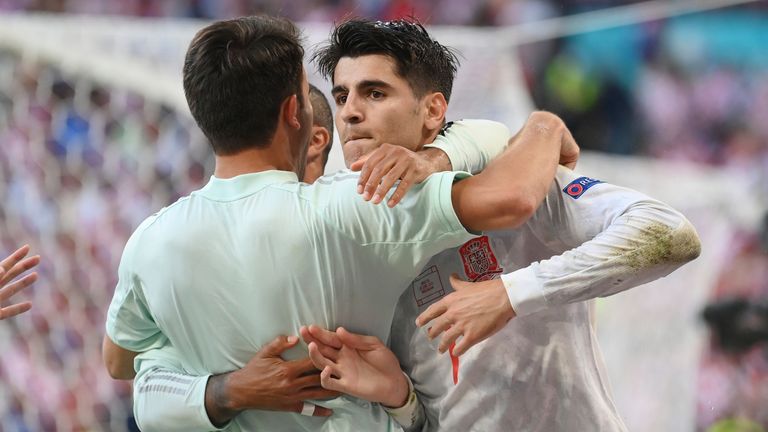 Luis Enrique’s side dominated the early stages of the game but fell behind in bizarre circumstances when goalkeeper Unai Simon’s miscontrol caused Pedri’s 49-yard backpass to bounce into his own net (20).

La Roja fought back, scoring three goals without reply through Pablo Sarabia (38), Cesar Azpilicueta (57) and Ferran Torres (76), but Croatia, who appeared out of it at that point, staged a remarkable comeback to send the game into extra-time.

Substitute Mikel Orsic reduced the deficit to one goal when his close-range effort was shown to have crossed the line following a goalmouth scramble (85), then Mario Pasalic, another substitute, headed home Orsic’s cross (90+2) to spark wild Croatia celebrations at the Parken Stadium.

Croatia, runners-up at the World Cup three years ago, looked likeliest to go on and win the tie in extra-time, with Andrej Kramaric forcing an outstanding close-range save from Simon as they piled on the pressure.

But Morata, who faced abuse from Spanish fans for his misses during the group stage and squandered another fine opportunity in the first half, fired Spain back in front against the run of play (100) with an angled drive.

The former Chelsea striker then released Dani Olmo to cross for Mikel Oyarzabal to score Spain’s fifth (103), and while Croatia continued fighting in the closing stages of extra-time, Spain this time held on to continue their bid for a third European Championship win after their triumphs in 2008 and 2012.

Having emerged victorious from the second-highest scoring game in European Championship history, they will now face the winner of France’s meeting with Switzerland in the quarter-finals in St Petersburg on Friday.

Man of the match: Ferran Torres.

How Spain came out on top in crazy game

Spain were rampant in their final Group E game against Slovakia following disappointing draws with Sweden and Poland and started similarly strongly against Croatia in their bid for a first knockout win at a major tournament since the 2014 World Cup.

Not for the first time at this tournament, however, they failed to capitalise on their early dominance. Sarabia struck a diagonal shot into the side-netting while Koke was denied by Croatia goalkeeper Dominik Livakovic after latching onto a threaded through ball by Pedri.

It was Morata, though, who wasted their best chance.

The 28-year-old, staunchly defended by Enrique in the build-up to the game, headed a Ferran Torres cross straight at Croatia defender Domagoj Vida from close range when it appeared easier to score.

There were half-hearted appeals for handball from the Spanish players in close proximity but the officials waved play on and Spain’s bizarre own goal – the ninth of the tournament – arrived less than a minute later. 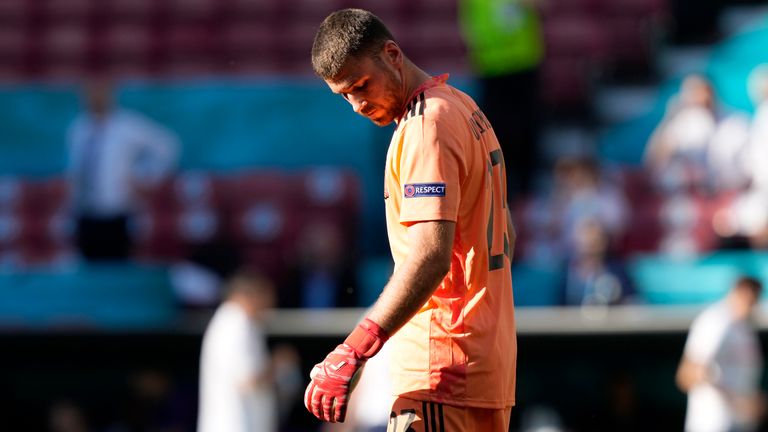 Pedri’s backpass was firmly struck and bouncing on its way towards the goalkeeper but his error was an inexplicable one nonetheless, the ball only clipping Simon’s boot as he attempted to control it, and it caused the momentum to momentarily swing Croatia’s way.

Nikola Vlasic fired into the side-netting after being played in by Luka Modric soon afterwards, then Mateo Kovacic sent a long-range effort a few yards over the bar.

Spain were rocking but gradually settled back into the game and the equaliser arrived when Sarabia reacted quickest after a low effort from Jose Gaya was parried by Livakovic. 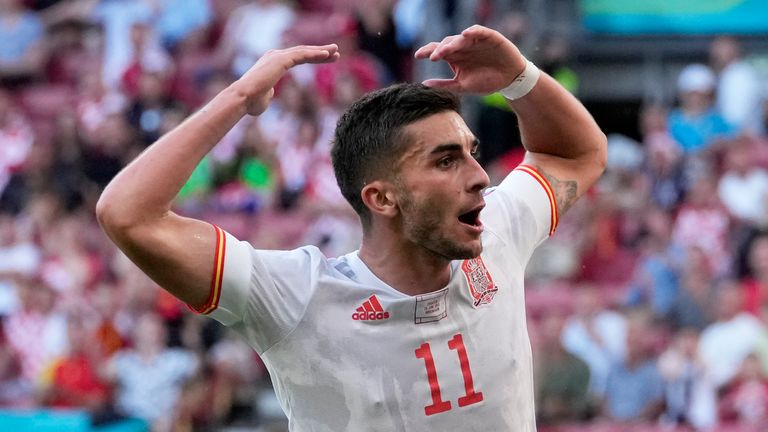 La Roja were back on top and picked up where they left off after the break, with Azpilicueta heading them in front after Pedri, the youngest player to feature in a European Championship knockout game at 18 years and 215 days old, had found Ferran Torres on the left.

Ferran Torres was causing major problems for Croatia and soon after Simon had made a excellent save to deny Josko Gvardiol, he fired home Spain’s third as he capitalised on complacent defending from the Croatia left-back at the other end following a quickly-taken free-kick from substitute Pau Torres.

Croatia appeared to be finished at that point but the real drama was still to come. Orsic’s goal, converted after good work from Modric, rattled Spain and then, in the second of six minutes of injury time, Pasalic was left free in the box to head home the dramatic equaliser. 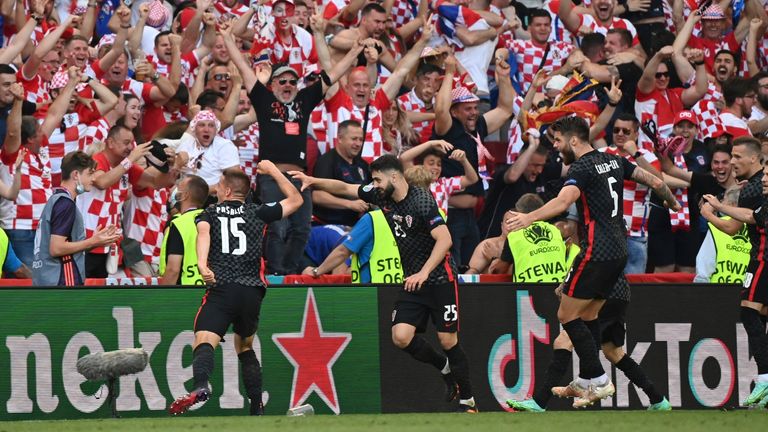 Simon, who had already gone some way towards redeeming himself with his stop from Gvardiol in normal time before Spain’s late collapse, then made sure of it when he kept out Kramaric’s close-range effort early in the first period of extra-time.

He was, however, almost beaten shortly before that when a poor clearance from Aymeric Laporte fell to the dangerous Orsic, who fired a first-time shot inches over the bar.

Spain were still struggling to regain their composure as Croatia pushed for the fourth goal but the momentum switched yet again when Morata took down an Olmo cross and beat Livakovic with a powerful drive from the left-hand side of the Croatia box.

It was a cathartic moment for Morata and he was then heavily involved in the fifth goal, again combining effectively with Olmo and enabling the RB Leipzig midfielder to cross for Oyarzabal, who held off Josip Brekalo before slotting home. 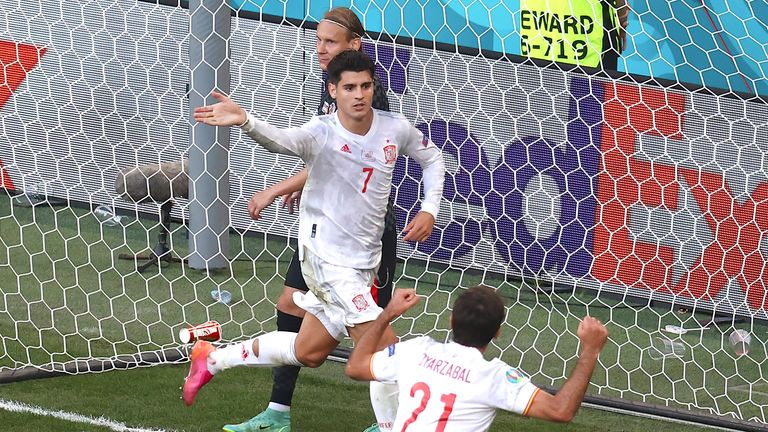 Croatia almost reignited the game early in the second half of extra-time when Ante Budimir sent a low shot narrowly wide from a Pasalic through-ball, but that was the closest they came to pulling another one back.

In fact, Spain came close to extending their lead further, with Morata denied by Livakovic in a one-on-one and the impressive Olmo sending a curling shot against the post. By that point, though, they had already done enough. 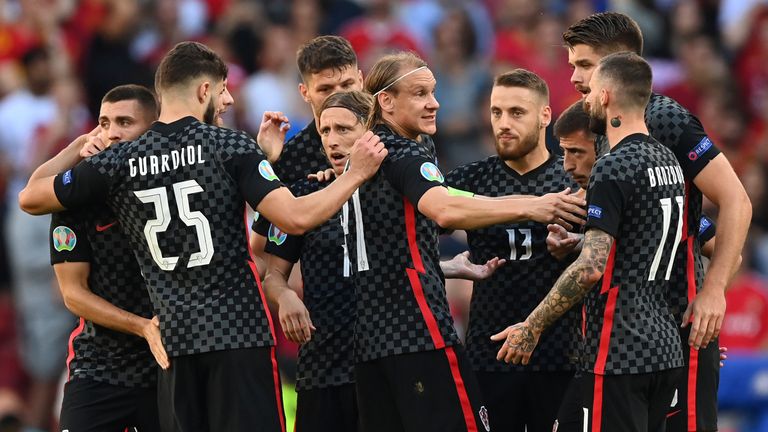 Spain will play France or Switzerland in the Euro 2020 quarter-finals in St Petersburg on Friday July 2, with kick-off at 5pm.