Spain are through to the quarter-finals of Euro 2020 after edging a thrilling encounter with Croatia, winning 5-3 after a brilliant 120 minutes of action.

The match was a back-and-forth affair almost throughout the encounter, the most open of the round of 16 games so far by a distance. Early on it was mostly Spain possession and pressure with Croatia counter-attacks, with both nations having success in their own way – before the Croats roared back late on and in extra time.

After Alvaro Morata and Koke had spurned fantastic close-range opportunities to score the first goal, the opener actually came around in bizarre circumstances at the other end of the pitch: a long-range Pedri backpass, which Unai Simon completely missed and trickled in for an own goal.

Spain turned the game around though, Pablo Sarabia equalising before the break and Cesar Azpilicueta heading in soon after the restart, before Ferran Torres rolled in a third. That seemed to seal it for Spain but Mislav Orsic forced one over the line late on to ensure a tense end to a tremendous game – and Mario Pasalic headed home the equaliser three minutes into stoppage time.

That sent the match to extra time and chances kept coming, Orsic and Dani Olmo going close, before Morata and then Mikel Oyarzabal hammered in quickfire goals to settle it for Spain. 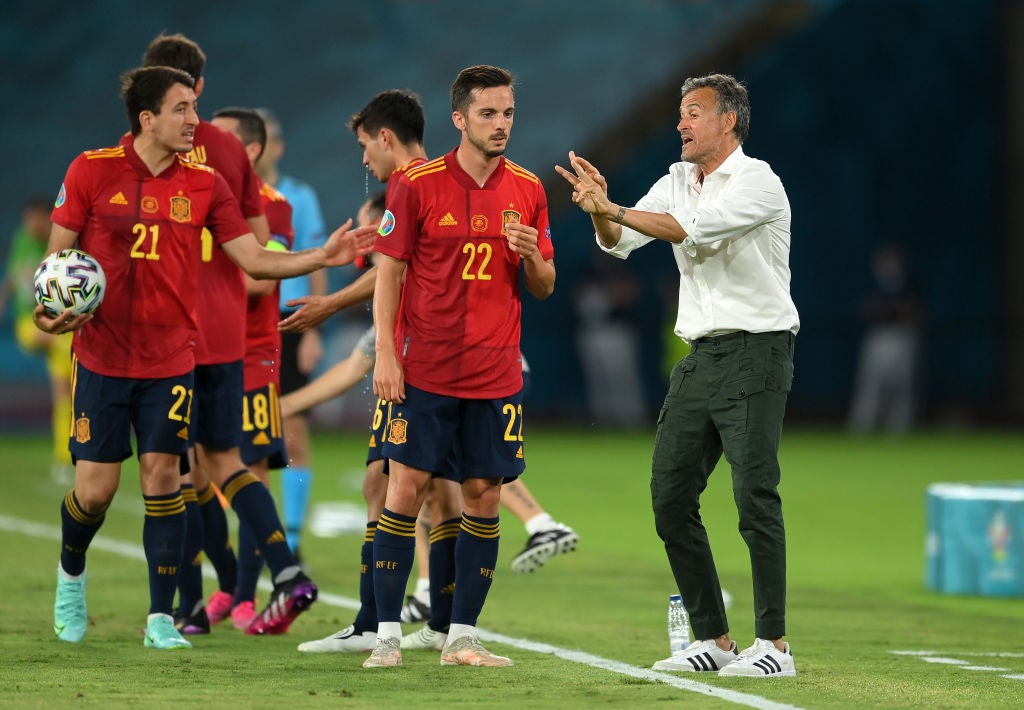 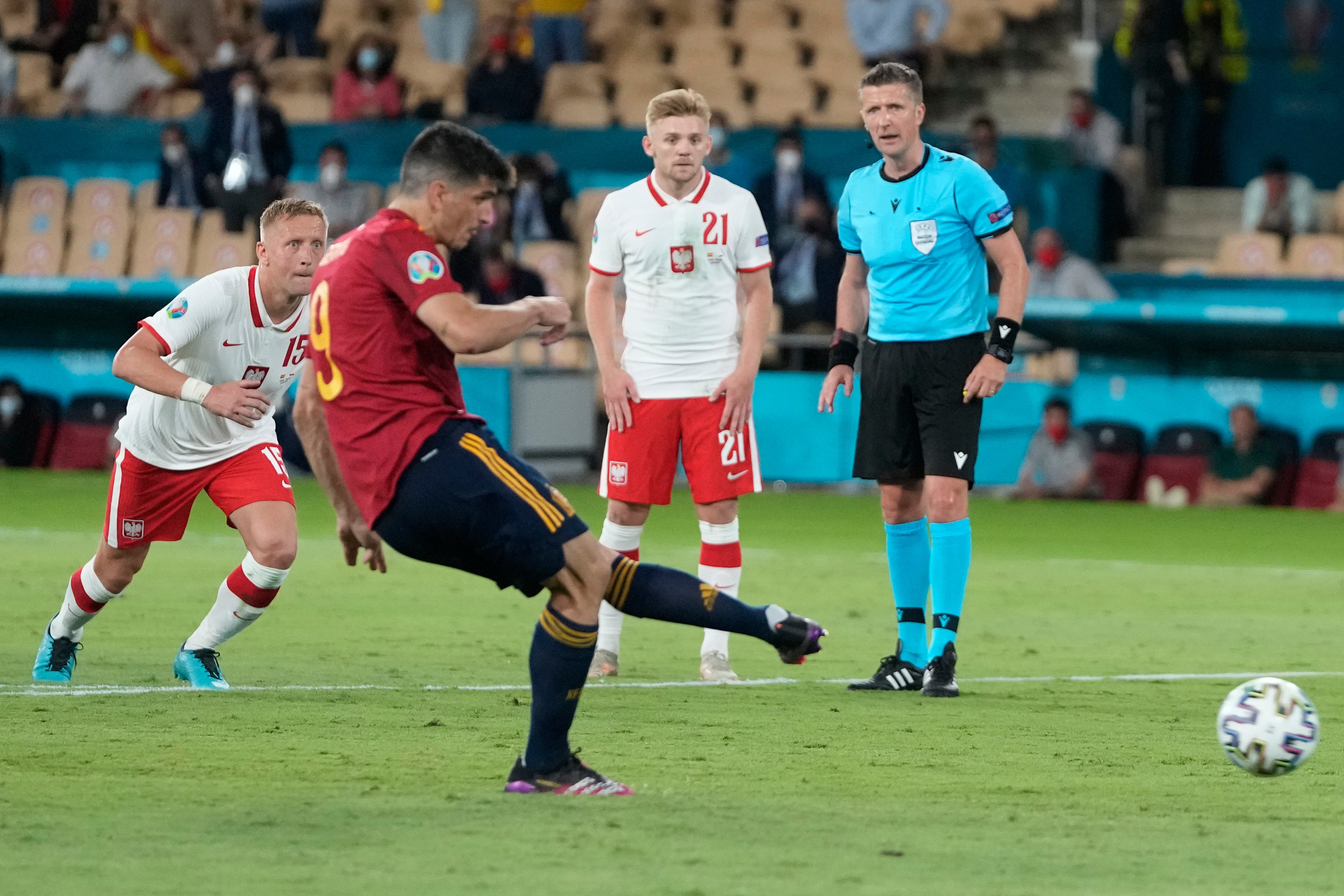 Here are the player ratings from the game in Copenhagen.

Dominik Livakovic – 4. Made a couple of saves but was far from brilliant with the goals which flew past him.

Josip Juranovic – 4. Called upon in Vrsaljko’s absence but couldn’t cope at all with Spain’s runners down the left channel. Rarely stopped the cross.

Domagoj Vida – 7. Did well enough in winning the initial aerial ball and stopping runners through the middle. Not sure any defending happened anywhere in extra time.

Duje Caleta-Car – 5. Back into the side for the first time since Croatia’s opener, but wasn’t flawless with his defensive work. Reacted slowly to the second ball all game long. Nowhere on the counters late on.

Josko Gvardiol – 5. Had a chance or two fall his way in attack and won a few headers defensively, but another who failed to stop the wide runners getting into dangerous areas. Poor for the third goal.

Mateo Kovacic – 7. A very good first half with some driving runs and searching passes, but was marginalised after the break and subbed later.

Marcelo Brozovic – 8. A few neat passes but didn’t show enough of his defensive capabilities. Bypassed very easily at times – but then simply took control, drove on to take Croatia forward and helped set up a flurry of late chances to turn the game entirely.

Luke Modric – 8. Showed his quality on the ball when Croatia had a good spell after the break but was of course out-run by his opposite numbers. Got his team back in the game late on with a great winding run.

Nikola Vlasic – 6. Initially bright and involved in counter-attacks, but couldn’t have a big impact in the final third.

Bruno Petkovic – 5. Very poor with his hold-up play, never a goal threat and subbed at the break.

Ante Rebic – 6. Had a few moments where his pace and power caused Spain no end of issues on the break, but his finishing touch at international level has too often been missing. 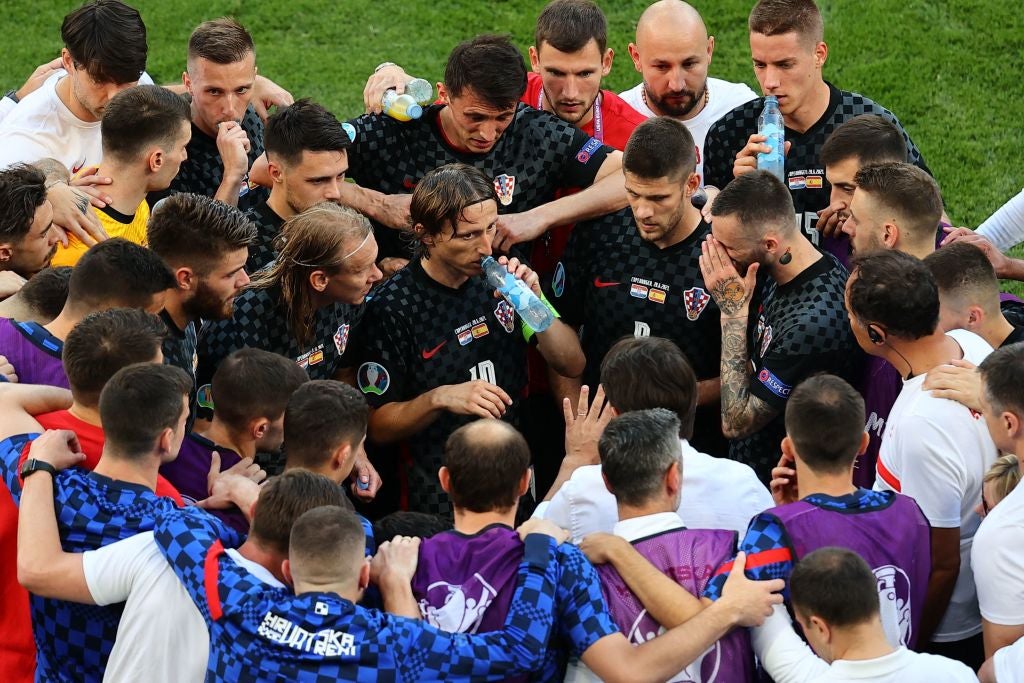 Unai Simon – 7. A terrible error for maybe the worst own goal of the tournament – but then a succession of important saves including a massive one at 3-3 in extra time.

Cesar Azpilicueta – 6. Alternately impressive and utterly torn apart defensively. Orsic battered him, but then he also scored himself at the other end.

Eric Garcia – 7. His stock has risen simply by not being on the pitch for the late collapse!

Aymeric Laporte – 4. Dreadful. No composure, no reading of the game and no capacity to hold fort in the centre when the Croatian swarm came.

Jose Gaya – 7. Got forward to great effect more than once, almost scored and involved in more than one goal. Subbed later in the game.

Koke – 7. Should have scored early on. Great work rate and with his link play.

Pedri – 8. Aside from the own goal which was not of his making, it was all largely positive – he was excellent on the ball and worked hard throughout.

Pablo Sarabia – 7. A very good first half, lots of running inside the full-back and getting chances away. Scored one and almost had another. Very quiet after the break.

Alvaro Morata – 9. Finally put it all together to bring work rate, link play, tracking back and a finishing touch, scoring a fantastic fourth for Spain. Could have added another but let’s not get greedy.

Ferran Torres – 8. Similar to Sarabia in having spells where he was very effective and then somewhat on the fringes, but had a bigger impact at key moments with a goal and assist.