Match report and free highlights as Harry Kane’s ninth Premier League goal of the season is cancelled out by Jeffrey Schlupp (81); Tottenham move a point clear at the summit ahead of Liverpool’s trip to Fulham

By Ben Grounds at Selhurst Park 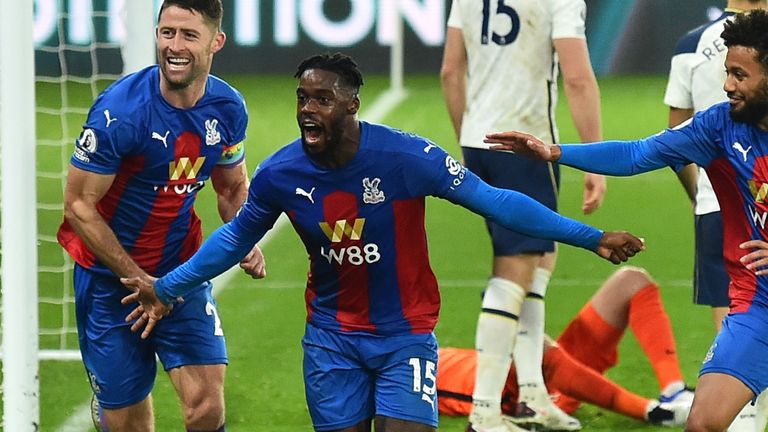 Jeffrey Schlupp struck late to earn Crystal Palace a hard-fought 1-1 draw against Tottenham as the points were shared in the rain at Selhurst Park on Super Sunday.

Harry Kane’s ninth Premier League goal of the season gave visitors the lead midway through the first half (22), with Vicente Guaita beaten from 25 yards out by the striker’s swirling effort.

But Spurs seemed content to sit on their slender lead, and Palace deservedly equalised through Schlupp after Hugo Lloris spilled Ebere Eze’s free-kick (81).

Guaita made a superb one-handed save to deny Eric Dier’s free-kick in stoppage time as Palace moved above Newcastle and Wolves into 11th place leaving the door open for Liverpool to overtake Jose Mourinho’s side at the summit when they face Fulham later on Sunday. 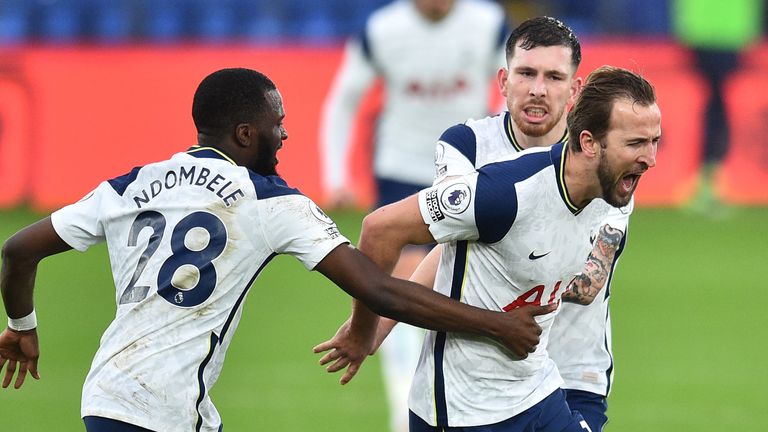 Man of the match: Vicente Guaita.

Fresh from their biggest ever away win in the top flight at West Brom last weekend, Roy Hodgson placed his faith in the same starting XI that was aided by Matheus Pereira’s dismissal in the 5-1 victory at The Hawthorns.

Palace went into the contest winless in their previous 10 Premier League meetings with Spurs, with their 1-1 draw in this exact fixture last season ending a run of nine straight league defeats against them. And it was Mourinho’s men who carved open the first chance as Toby Alderweireld spotted the run of Heung-Min Son but the South Korean was unable to direct his shot on target from close range.

Lloris was drawn into action for the first time moments later to deny Wilfried Zaha down to his right but the visitors ought to have broken the deadlock when Serge Aurier’s cross was swept towards goal by the returning Tanguy Ndombele only for Guaita to make a superb stop. That sparked a period of sustained pressure on the Palace goal which ultimately led to Kane’s opener. The England striker had already seen a header from Son’s corner kept out by the overworked Guaita before the pair combined for the 12th time this season to give Spurs the lead.

There looked very little on when Kane collected the ball 25 yards out, but his dipping right-foot shot went through the gloves of the Palace stopper.

Hodgson will have been encouraged by how his side ended the half strongly, however, with Eze taking Schlupp’s pass to very nearly restore parity but his shot thudded off Lloris’ left-hand post. 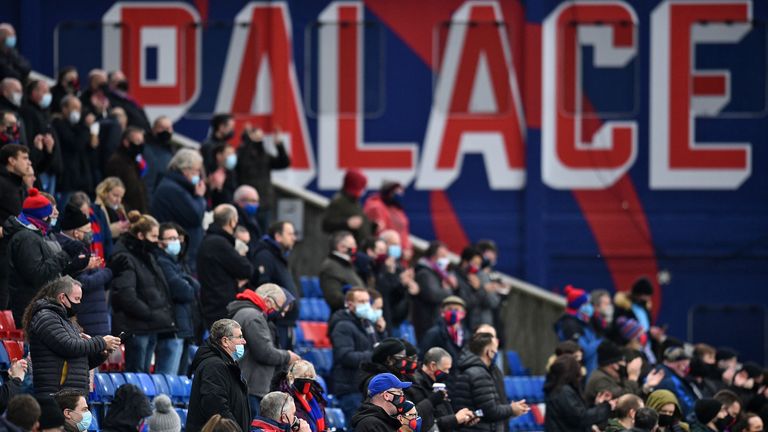 The rain continued to fall in south London upon the restart and Palace continued to stream forward as Eze collected Benteke’s lay-off before setting up Zaha to his left but the forward’s effort didn’t come down quick enough.

Gareth Bale was missing for Tottenham for the visit across London to Crystal Palace. The Wales international was not in Jose Mourinho’s squad at Selhurst Park, but Dele Alli did make the 18-man group, as a substitute, for the first time since October. Serge Aurier was fit after a recent knock.

Spurs barely ventured forward in the second period with a speculative shot from distance by Pierre-Emile Hojbjerg failing to trouble Guaita. It was scant respite for the Spurs defence, as Luka Milivojevic’s free-kick onto the head of Benteke presented Schlupp with a gilt-edged chance to level, but the winger blazed over from inside the six-yard box.

Benteke was next to go close as he rose to meet Eze’s corner but his header rippled the roof of the net but Palace were not to be denied their leveller as Schlupp atoned for his earlier miss in the final 10 minutes, pouncing on the loose ball after Eze’s free-kick was parried out by Lloris.