‘Selhurst Park will not be the same’: Crystal Palace mourn the death of bald eagle mascot Kayla as supporters pay tribute after raising £3,000 to try to save her before she died of a heart attack

Crystal Palace are mourning the loss of their bald eagle mascot Kayla, who has passed away following a short illness.

The predator had fallen ill last month at the Eagle Heights Wildlife Foundation where she lives, with Palace fans offering their support on a GoFundMe page in an attempt to save her – raising its target of £3000.

But despite their best efforts, the foundation has announced that Kayla passed away from a heart attack following a spell of gout – a serious condition in birds of prey. 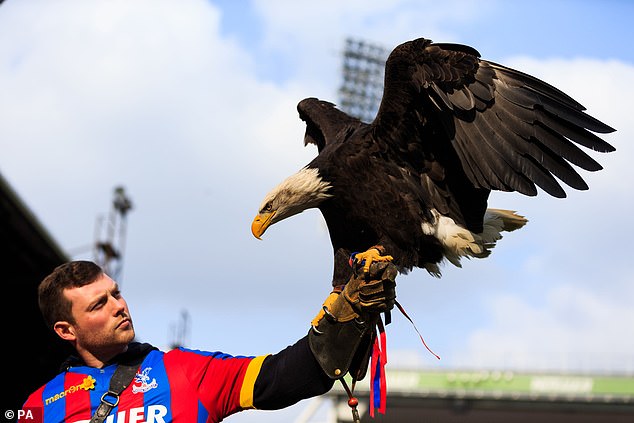 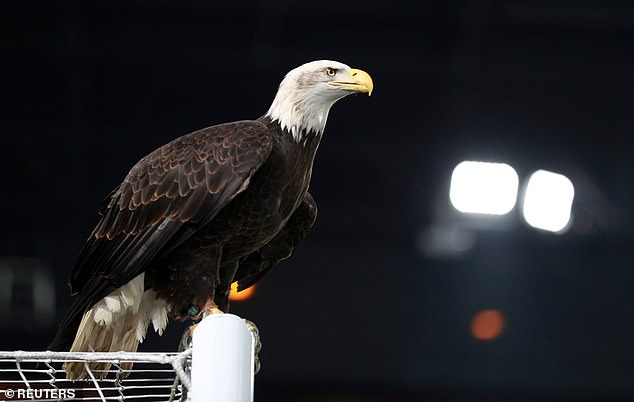 Kayla become Palace mascot in 2010 and would often thrill supporters by flying around Selhurst Park before the start of a match and at half time.

‘It is with great pain and deep sadness that we must inform you, Kayla, our beautiful Bald Eagle, passed away after suffering a fatal heart attack,’ Eagle Heights said in a statement.

‘We thank every single person that had donated towards her veterinary bill and her care. It is thanks to you all that we were able to get her the very best treatment available and know that we did everything possible for her.

‘She is now at peace. To say she will be missed is not enough. 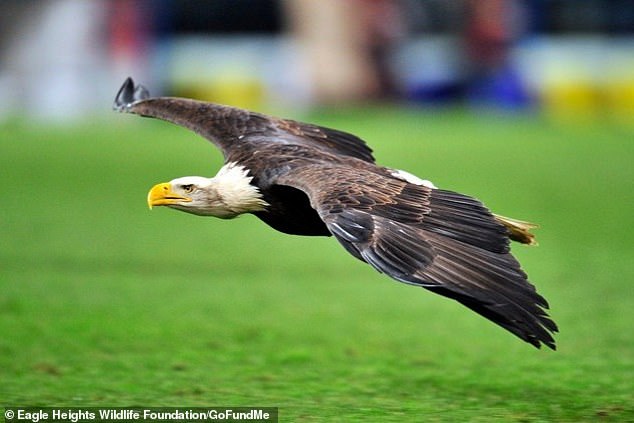 ‘We are beyond grief and cannot think of our lives without her, but we try to take comfort from knowing she is no longer in pain and hope that she is soaring above us, finally reunited with her sister. Kayla. We will always love you.’

Crystal Palace tweeted a tribute to Kayla, with photo of the bird flying around Selhurt Park and wrote: ‘We are deeply saddened to hear that Kayla has passed away. We will miss her sorely.’

Supporters also took time to pay their respects to the eagle, with one fan saying that the stadium ‘will not be the same without her swooping around before kick off’.

Another fan said he and his children would have fond memories of seeing her fly around before games and was ‘saddened’ by the news.

Kayla, who was stolen as a chick from the wild, was taken in by Eagle Heights founder Alan Ames. He was approached by a Crystal Palace employee in 2009 about having her appear on a matchday in what was initially a handful of guest appearances, before becoming the club’s official mascot.

She would often spend time with supporters outside of Selhurst Park before being taken inside to fly from one end to the other before a game and at half time.

Kayla’s fame also saw her appear on the front cover of a Kings of Leon album in 2008 and even made a Hollywood turn after being used on standby for the Clash of the Titans film in 2010.