Darren Moore has taken on the task of saving Sheffield Wednesday from relegation to League One saying: ‘I know it’s a tough challenge ahead and we have to be smart.’

Moore was appointed Wednesday’s new manager on Monday morning after leaving League One Doncaster Rovers and has 14 Championship games left with Wednesday six points adrift of safety. His first in charge is against relegation rivals Rotherham United on Wednesday evening.

The 46-year old saw Wednesday make an official approach over the weekend and a compensation package was quickly agreed with promotion chasing Doncaster. 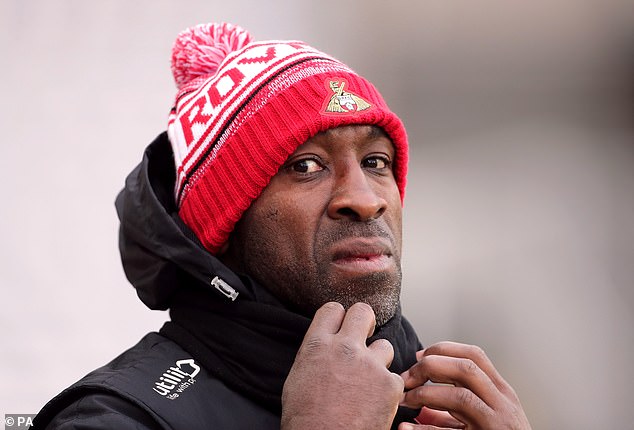 Moore succeeds Tony Pulis who was sacked in December while coach Neil Thompson had been in caretaker charge and is expected to initially remain on the back room staff.

After taking training, Moore discussed the prospect of keeping Wednesday in the Championship.

‘It would be a huge achievement. It’s something that we have to face head on. It would be wonderful for the club if we can look ahead. We all need to come together as one. It needs everyone to work hard through these times.

‘It’s not easy but I’m looking forward to the challenge.

‘The boys were really good today. The atmosphere, the noise was really good. We need to keep that.

‘Let’s hope we can give the fans something to be really proud of.’ 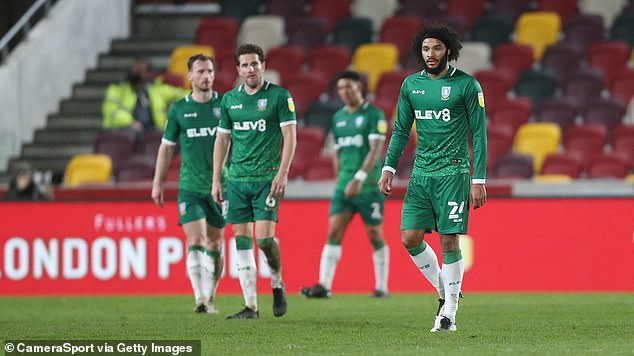 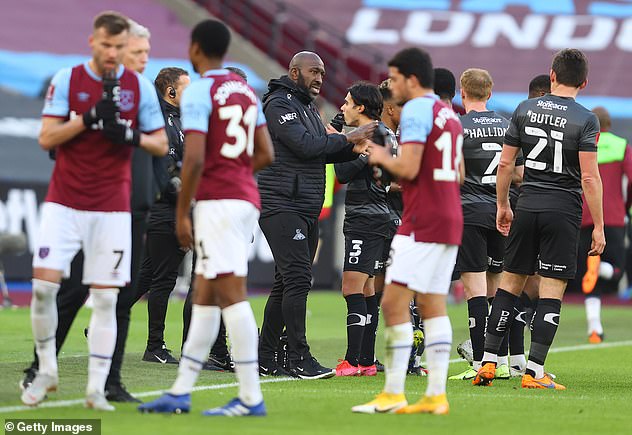 Moore will be replaced at Doncaster by Andy Butler until at least the end of the season.

Doncaster chairman David Blunt told the club website he was ‘disappointed’ Moore ‘has chosen to leave part way through what has been a season full of promise’.

Blunt added: ‘We have made significant efforts to support Darren over the past 18 months and ensure he was able to build a team capable of challenging in the top six.

‘This has included supporting him through the past two transfer windows despite the difficult financial circumstances.

‘Our ambitions remain to achieve a top-six finish and we hope and expect that Andy will use this time to put himself in prime position to secure the role on a permanent basis at the end of the season.’

Assistant manager Jamie Smith has also left Rovers to take up the same role at Hillsborough, while former England Under-20 boss Paul Williams has joined the Owls as first-team coach.

Meanwhile, a former contender for the job at Hillsborough, Paul Cook, is in progressive talks with Ipswich Town to succeed Paul Lambert who left the Portman Road club by mutual consent on Sunday.