Barcelona forward Luis Suarez has been speaking with Inter Miami to discuss a potential transfer, reports claim. David Beckham’s MLS franchise have some incredibly ambitious plans and are aiming to make the Uruguayan their second marquee signing.

Suarez arrived at the Nou Camp in July 2014 for £73.55million and he’s cemented his place in Barcelona history.

The 33-year-old has scored 196 goals and provided 109 assists in 281 appearances in all competitions for the Catalan giants.

And, according to The Independent, recently installed manager Ronald Koeman has informed Suarez that he’s not wanted. 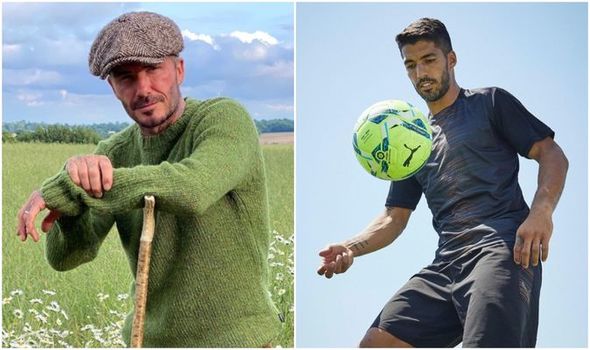 It’s thought Suarez’s top choice would be to join another European club with Ajax showing interest but The Herons (Inter Miami’s nickname) feel that they can offer him the most lucrative deal.

Beckham’s side have also spoken with Lionel Messi, who sent a fax to the Catalan club on Tuesday expressing his desire to trigger a clause in his contract, allowing him to leave for free with immediate effect.

But Miguel Delaney of The Independent says the Argentina international still has an ‘obsession’ with winning the Champions League again.

But back in 2019, the attacker’s compatriot Nico Lodeiro said that it would be only a matter of time before he’s playing in the US.

“I think you need to convince Barcelona. He wants to come to MLS,” Lodeiro said.

“He is always asking me about the league. His dream was to play for Barcelona. He’s playing at a great level and he feels comfortable there.

“Sooner or later he’ll come to MLS. Well, hopefully. He likes the league. He’s always asking me things about it.

“Hopefully he can also play for Seattle Sounders. It may be a more difficult task. I think it’s only a matter of time before he’s out here.”