Bournemouth are yet to receive an official bid for winger David Brooks, despite continued interest from a host of top Premier League clubs.

Brooks is expected to leave the Vitality Stadium this summer, with the Bournemouth board making it clear the 23-year old can leave if their valuation of around £35m is met.

Up to five clubs have made it clear they want the Wales midfielder – with reports suggesting Manchester United, Liverpool, Leicester, Tottenham and Everton are all keen.

However, for now, none have placed an official offer and it is understood no detailed contract offers have been made to the player either. 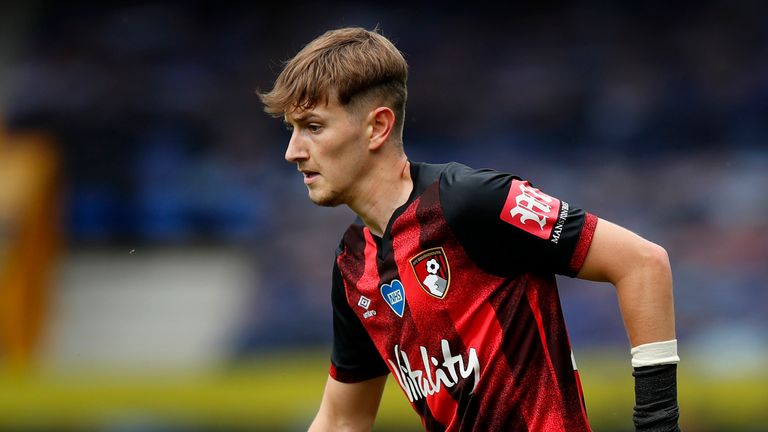 Following their relegation to the Championship, Bournemouth have already sold defender Nathan Ake to Manchester City and goalkeeper Aaron Ramsdale to Sheffield United in significant deals.

Bournemouth manager Jason Tindall, who replaced long-time boss Eddie Howe following their relegation, previously insisted there would be no “fire-sale” at the club.

Following a breakthrough 2018/19 campaign in which he scored seven Premier League goals, Brooks missed much of last season following ankle surgery, only returning for Project Restart in June.

Brooks featured in all nine of Bournemouth’s games after the restart, scoring once, but was unable to help lift them higher than an 18th-placed finish.