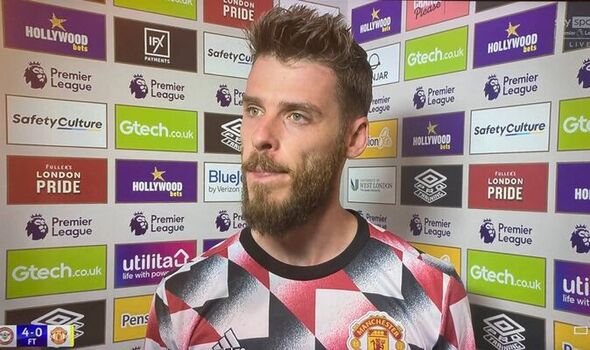 Manchester United goalkeeper David de Gea has taken his “responsibility” for the team’s dismal display against Brentford, taking it upon himself to request an interview with Sky Sports after the match. De Gea was to blame for Brentford’s first goal when he let Josh Dasilva’s tame long-range shot fall through his hands and into the back of the net.

And De Gea was also guilty of not being aware of his surroundings for Brentford’s second when he played a suicide pass to Christian Eriksen, who was closed down by Mathias Jensen before midfielder doubled the hosts’ lead. Worse was to come for United as Brentford smelt blood with Ben Mee and Bryan Mbeumo completing the 35-minute rout with Erik ten Hag left stunned on the bench.

It was more about damage control for United in the second half as Brentford continued to push for more goals. The second half was goalless, but the damage was done by that point with United players trudging off the pitch.

But De Gea wanted to front up to his mistake on live TV as the United shot-stopper owned up to his role in their dismal defeat.

It was made clear before De Gea was asked any question that the United goalkeeper ‘requested’ that he speak with Sky Sports after the game. And the United shot-stopper said: “It’s just to take my responsibility today.

“I think I cost three points to my team today. It was a poor performance from myself. After the first mistake and the second, it was very tough for the team to keep playing and it was a horrible day.”

He added: “Of course we should react better, but the moment we are living now it is tough.I should have saved the first shot and probably the result would be different.”

When asked about his pass to Eriksen which led to Brentford’s second goal and whether Ten Hag has asked him to play out from the back more often, De Gea said: “It just depends on the situation. Sometimes I maybe have to read the game better and kick it long and I tried to play when maybe I should have played it too Cristiano.” 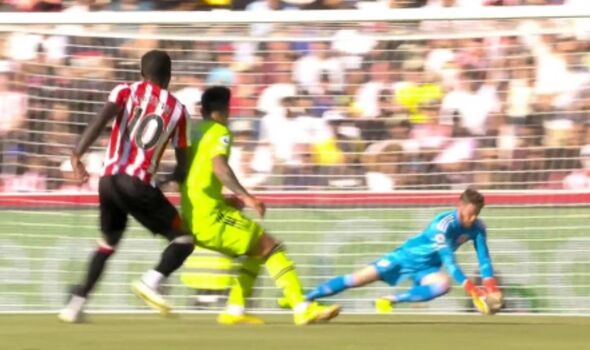 De Gea was then finally asked whether he had any idea on how United can turn things around.

“I’m not sure to be honest,” De Gea added bluntly. “Teams are improving a lot and it looks like we are in the same place.

“It was a good pre-season, but it’s not enough. We have to show in the Premier League games. We have to stick together, work harder than we are working, try to learn as quick as possible what the manager wants and lets play for this badge.”