David de Gea has signalled his intention to stay as Manchester United’s No.1, saying he wants to remain at Old Trafford for ‘many years’.

The Spaniard’s position could come under serious threat with the emergence of Dean Henderson, the young United goalkeeper who has impressed on loan at Sheffield United.

But De Gea, who signed a new long-term contract in September worth £375,000-a-week, has no plans to leave the club even though he turns 30 in November and will celebrate the 10th anniversary of his £18.9million move from Atletico Madrid next summer. 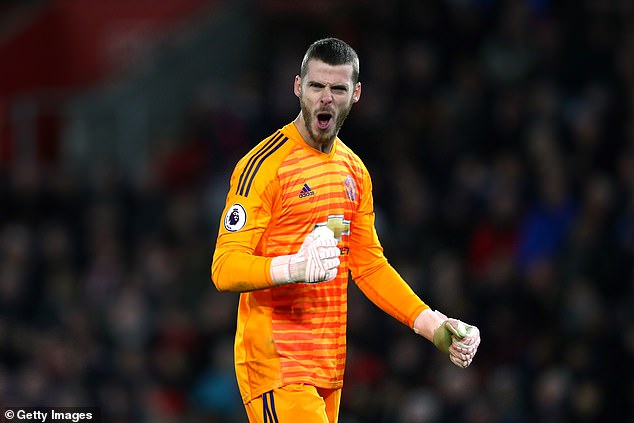 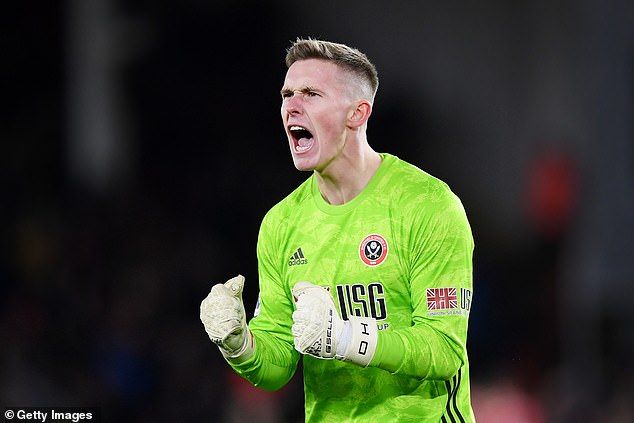 ‘I’m getting older,’ he said. ‘Just to be a part of this club is amazing. So imagine, 10 years, it’s like a dream. It’s great to play games with this club, so I hope I can be here more years, many years.’

The Premier League shutdown came at a time when United were beginning to show real promise after new signing Bruno Fernandes made a huge impact.

‘I think the whole team improved a lot,’ added De Gea. ‘We were in a good moment. I think we were in very good, top form. 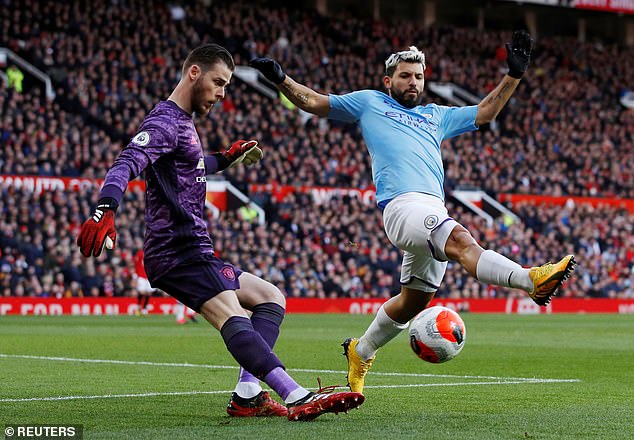 ‘We didn’t concede many goals and, of course, with Bruno he brings a lot of quality. He’s a clever player, a top midfielder. The team improved with him and it was a pity that everything stopped because we were in a good moment.

‘But hopefully with some players that were injured will be fit when it all starts again, so it will be a good challenge for everyone.’