Arsenal head coach Mikel Arteta has conceded the financial constraints surrounding the club could force them to release David Luiz at the end of his contract.

Luiz, 33, came off the bench during Arsenal’s 3-0 defeat by Manchester City on Wednesday as the Premier League returned to action following the postponement due to the coronavirus pandemic.

His evening ended in disarray, however, as he made a mistake for Raheem Sterling’s opener before being sent off just 25 minutes after his introduction for bringing down Riyad Mahrez – with Kevin De Bruyne tucking away the resulting penalty.

Luiz fronted up after the game and took full responsibility for the result – with Arteta revealing he did not start the Brazil international due to his ongoing contract situation.

The former Chelsea defender moved across London last summer but the club only have until Tuesday to extend his one-year deal and keep him at the Emirates Stadium.

Arteta – who has stated he wants to keep Luiz at the club – admitted the tighter purse-strings at Arsenal, coupled with the uncertainty over the financial ramifications of the coronavirus crisis, means they must be careful with big-money judgements.

“We cannot forget the financial situation,” he said when asked if a departure for Luiz would be down to a business decision.

“The way that Covid-19 has hit every club and the economy in general, it’s going to have an impact.

“What the club is doing at the moment is assessing the situation and trying to clarify a lot of uncertainties that we have in the future.

“We have to make big decisions and time-wise it is difficult to fit them in with our needs. We are trying our best and the club is trying their best.

“It is difficult sometimes because it puts the player or our sporting necessities in a difficult situation. Again, we have to adapt. It is what it is. 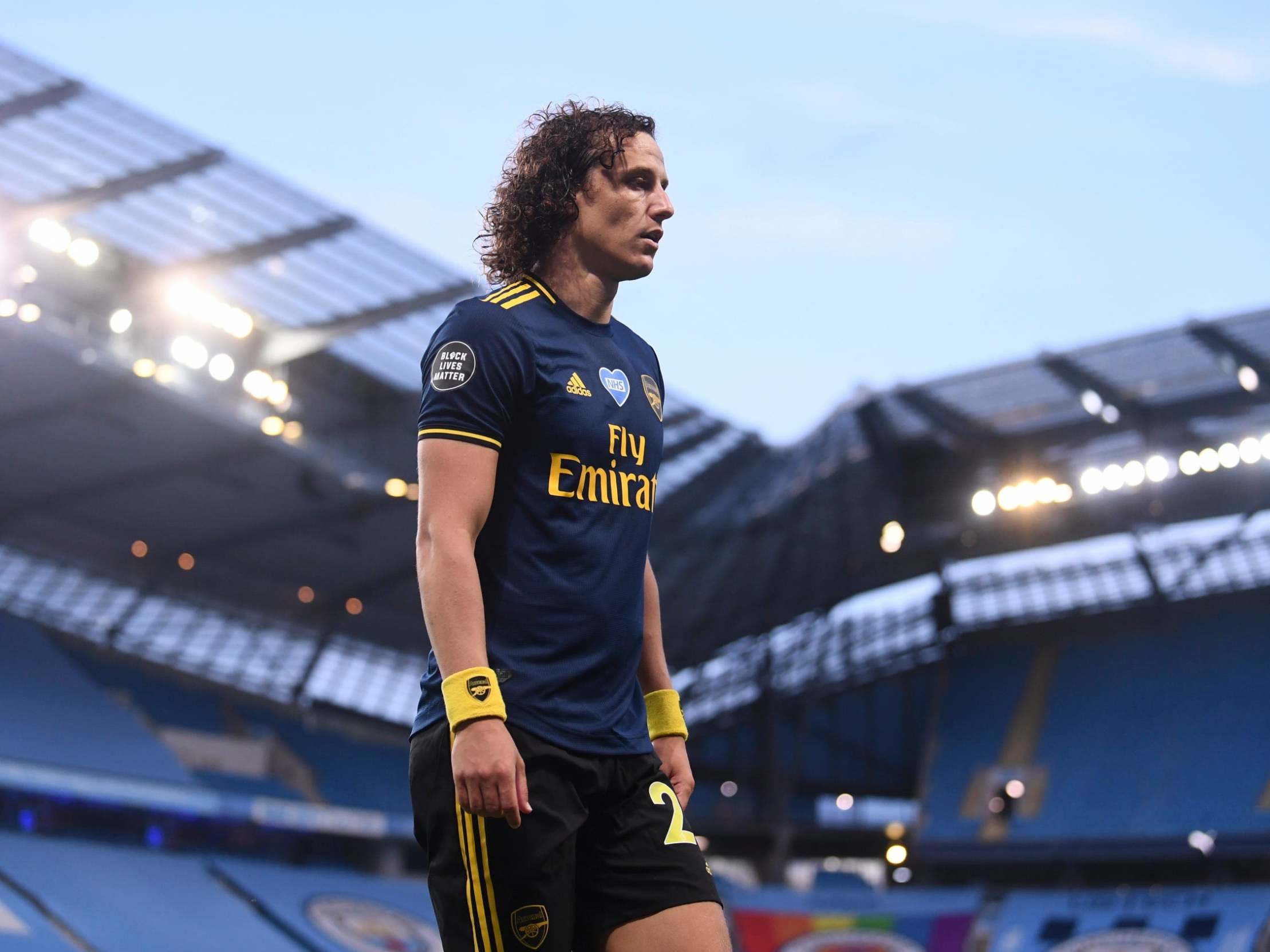 “That is why I wanted to protect David yesterday. That is why I did not start him. But it’s a funny game and after 20 minutes you need him, a player who has had a lot of uncertainty in the last few weeks.

“Don’t forget that we have accepted a pay cut, not only the players and the staff, to try to help the situation. I think it was an incredible gesture of unity and commitment from everybody working at the football club that I am very proud of.”

As well as the poor performance on his return to City, Arteta also faced a number of questions about his team selection – most notably the absence from the squad of Mesut Ozil.

Having only explained on the day of the game that it was a tactical decision, Arteta went into more detail as he spoke ahead of Saturday’s trip to Brighton.

“I have been very open with Mesut from day one,” explained Arteta.

“Since I joined I thought that he was fit and he was willing and he wanted to perform at the level he can do.

“He has played every game with me I think. So that it is. The moment I see that he is ready again to do that, I will treat him like anybody else.

“I think I have been more than fair with him and I think he has responded in many games the way I want. That’s it.

“A lot has happened to him in the last few weeks and I have to respect the timing of every player that needs sometimes a little bit of time.

“It has been difficult preparation the last two months to get players ready and again I am the first one that wants Mesut at the best and I want to put him on the best when he can give his best.”

FC Dallas out of MLS is Back tourney due to virus