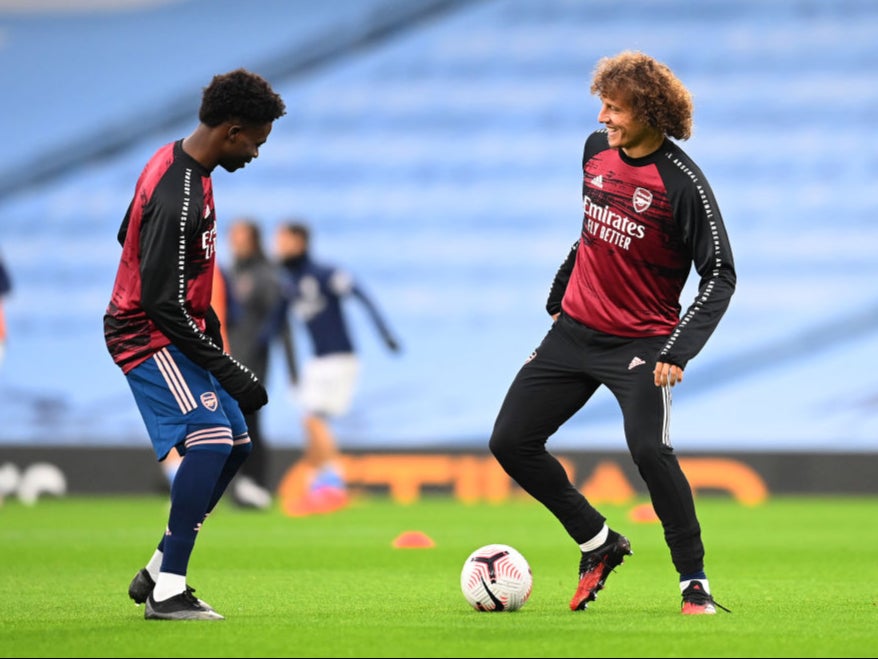 Arteta had as many as eight central defenders available at the start of the campaign but has moved William Saliba out on loan, seen Sokratis Papastathopoulos’ contract torn up and all but cut Shkodran Mustafi out of the first-team picture.

Luiz has survived the cull and Arteta praised the impact the Champions League winner has had on and off the pitch – especially with the younger players in the Arsenal ranks.

“It’s credit to him because he trains really hard,” Arteta said when asked about Luiz’s performances.

“This season has been really tough in the beginning because he’s been through some injuries but he’s kept at it, he understood his role, he knows his role in the team, he’s one of our leaders and he’s so willing to keep improving.

“He knows the things that he’s really good at and the things where there is still room for improvement. He’s a really honest man with himself. He’s won everything and it’s a joy to work with him.

“He’s a great example for them (the youngsters). He’s got a good mixture with them between some banter and then some stick.

“They all listen to him because of who he is and what he’s done in the game. But also because how he behaves every day, how professional he is and how he goes about the job. He is one of the key role models that we have in our team.”

Despite being full of praise for Luiz, Arteta admitted there have been no discussions over a new deal for a man whose current contract expires at the end of the season.

Asked if he spoken to Luiz about an extension, Arteta replied: “No, there are still a few months to go on that. I all the time talk to him about this kind of thing so we’re in a good position.

“He showed his character first of all with the decision he made to join the club when he was with a club where he was winning trophies and he was still comfortable and under contract.

“And he wanted a challenge. And at that age it tells your everything because normally at that age the challenge is not sporting but more a financial decision that you take to go to a different country.

“But David loves this game so much and he wants to keep playing at the highest level in a very competitive league. This is the challenge that he’s enjoying at the moment.

When pushed to say whether he wants Luiz to stay at the Emirates Stadium, Arteta added: “What I want is for him to keep performing like this to the end of the season.”