David Moyes has not given up hope of retaining Jesse Lingard next season.

Lingard, 28, has scored nine goals and set up five more in 15 games since joining on loan from Manchester United in January.

In doing so, he has revived his club and international career, but his displays have also increased his value and number of admirers. 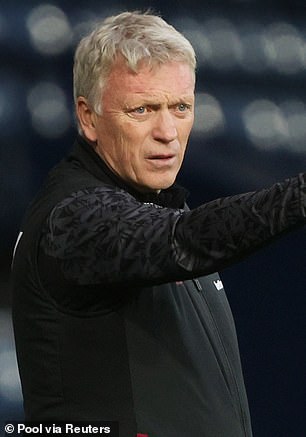 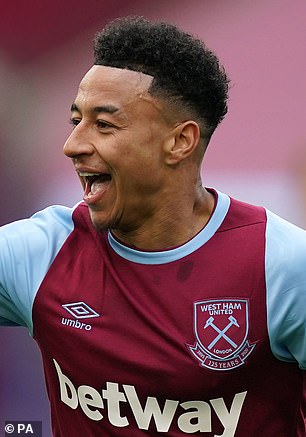 Moyes said: ‘I couldn’t say any more than I’m hopeful Jesse might want to come here, that’s up to Manchester United, but he’s been a positive signing.’

West Ham are also hopeful of finalising a new longer-term deal for Moyes, who confirmed this week that talks are at an advanced stage.

The club are ready to reward Moyes, 58, for transforming them into contenders for European football with fresh terms rather than just activating the one-year option in the 18-month contract he signed on his return in December 2019.

West Ham need a point from their final game of the season, at home against Southampton, to secure a Europa League place.

Moyes said: ‘We have equalled the club points record and have a chance to beat that and also get European football so I am really hopeful that we can get there. But I am not taking anything for granted.’ 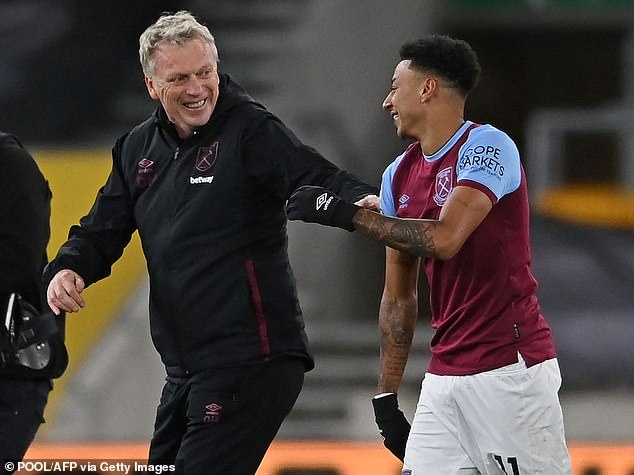