Moyes, who is in his second spell in charge of the Hammers, led the club to a sixth-placed finish in the Premier League last season, securing Europa League qualification.

West Ham had held negotiations with Moyes over a new deal prior to the end of the campaign, before the Scot emerged as a candidate for a return to Everton following the departure of Carlo Ancelotti.

“I am delighted to have committed my future to West Ham United,” said Moyes.

“This is where I want to be and I’m happy. I’m excited to be given this opportunity to build on what we all have already achieved here. The owners and I are fully aligned with how we want to keep developing and improving the football club.

“The board and everyone at the club have been fantastic to work with, giving me great support and I feel that we are all united in what we want to achieve in the coming years and how we might be able to achieve those things.” 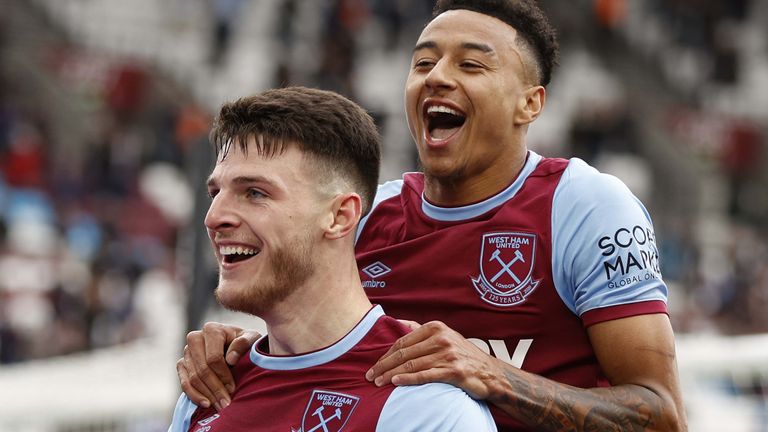 Moyes also said he was determined to “keep pushing boundaries” at the London Stadium.

“We have made tremendous progress in the past 15 months and that has been a collective effort from everyone at the club,” the Scot added.

“The players really have been superb but the challenge is for our standards to continue developing.”

Joint-chairmen David Sullivan and David Gold said: “This is fantastic news and we are delighted that David has committed his long-term future to the club, ensuring great stability going forward.

“His strong work ethic and determination to build success in the right way have proved a perfect fit for West Ham United, and we are all aligned with what needs to be done to keep progressing and improving.

“The experience of the past 12 months has created a fantastic unity throughout the club and we are very excited about what the future holds for our supporters.”

West Ham said Moyes’ long-time assistant Alan Irvine will move into a technical advisory role as part of plans for a new set-up to be created at the club.

First-team coaches Paul Nevin, Stuart Pearce and Kevin Nolan, as well as goalkeeping coach Xavi Valero are also all set to continue in their roles ahead of next season.

What should West Ham do this summer?

Sky Sports News’ Kaveh Solhekol writes: “West Ham have had a fantastic season and it would have been even better if David Moyes had more strength in depth in his squad. Their push for a Champions League place eventually ran out of steam because of injuries to key players such as Declan Rice.

“Moyes will be given money to spend again this summer and his record in the transfer market has been so good since he returned to the club that it would be no surprise to see him find more quality players such as Tomas Soucek and Vladimir Coufal at affordable prices.

“His first priority as far as the market is concerned is sorting out the future of Jesse Lingard. West Ham would like to sign him on a permanent deal after his impressive performances on loan from Manchester United but Moyes didn’t sound too optimistic recently that a deal could be done. United think they can get up to £30m for Lingard and West Ham are not the only club who want him.

“West Ham’s most pressing need is for a new forward to take some of the pressure off Antonio. Moyes knew it was a gamble not to sign a forward in January and although he had a budget of £20m he preferred to keep it to spend this summer.

“There will also be more speculation about the future of Rice, especially if he plays well for England in the Euros. Moyes will ignore the noise – unless West Ham receive what he describes as ‘a Bank of England offer’ for Rice – and focus on strengthening at centre-back, left-back, and up front.”