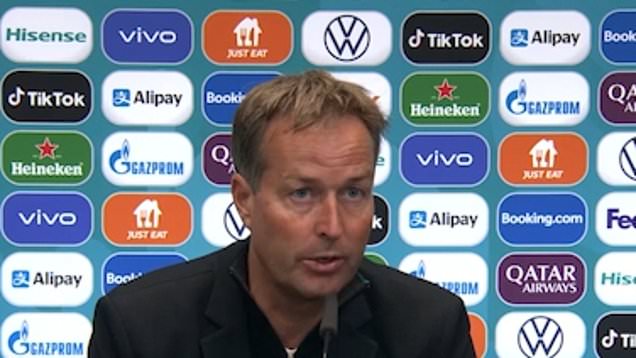 The Three Lions will play Italy in Sunday’s final at Wembley but they needed extra time to see off Denmark on Wednesday evening.

Southgate’s side were unable to get themselves in front before the end of 90 minutes and the match went to extra time, with Harry Kane securing the 2-1 victory by scoring the rebound off his own penalty, which was initially saved by Kasper Schmeichel.

Southgate has now guided England to their first final in a major tournament since 1966 and in his post-match press conference, Hjulmand began by praising his opposing manager.

‘First of all I want to congratulate my colleague Gareth,’ said Hjulmand. 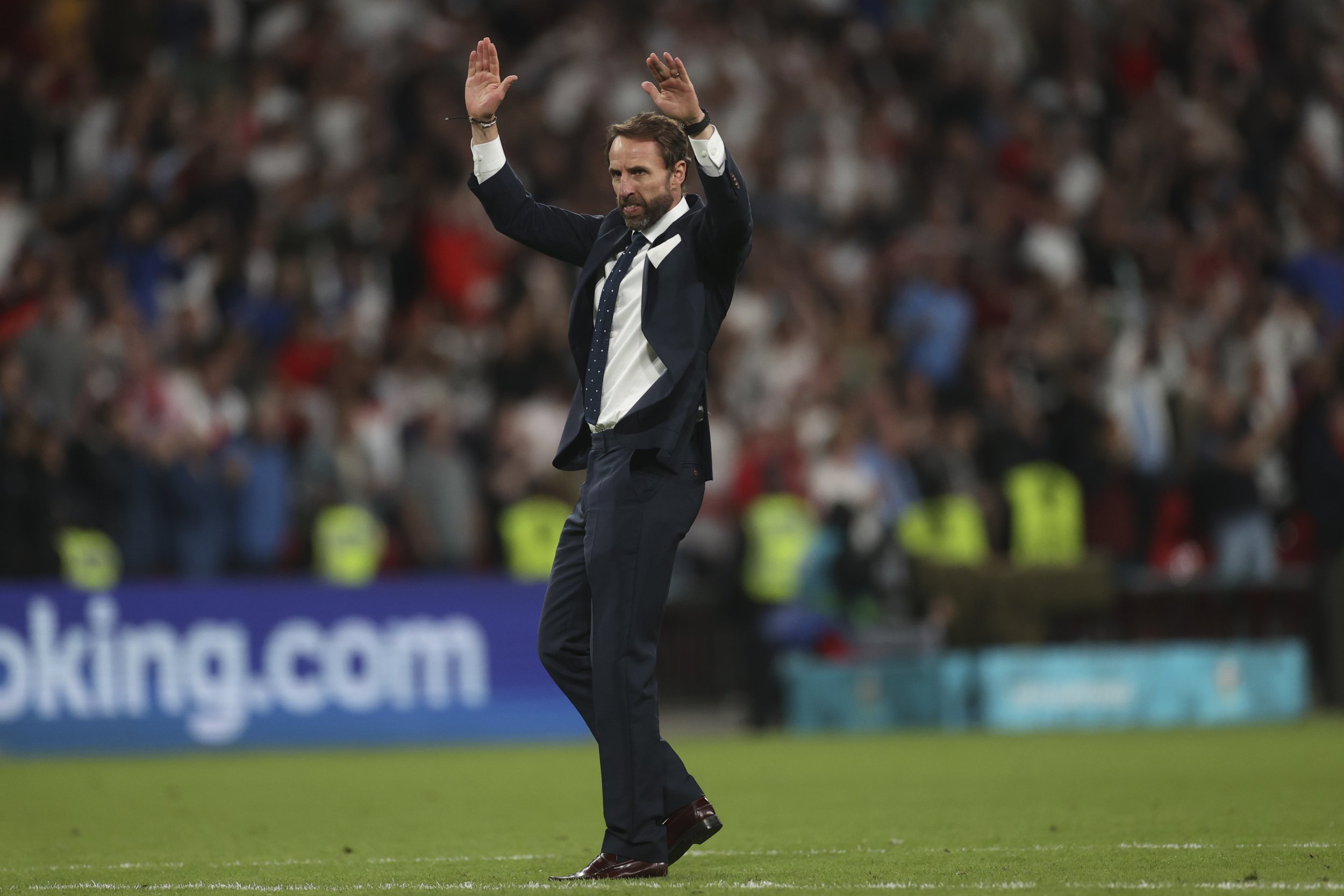 ‘I’ve followed what the FA has done strategically and especially how Gareth has led this team for a number of years now.

‘How he works with the young players, how he gets involved and how he behaves himself with the values he has and how he represents and communicates is outstanding.

‘So congratulations, Gareth. I think you are doing a great job in a difficult job.’

Hjulmand was also unhappy with the decision to award England a penalty in extra time after television replays showed that Raheem Sterling went to ground with minimal contact.

‘It was a penalty which should not have been a penalty. It is something which annoys me right now. We are very disappointed,’ said Hjulmand.

‘You cannot pass by the ball on the pitch which has so much influence on the game.

‘I know it sounds weird right now but I cannot help having these feelings. One thing is to lose a game, it happens, but losing this way is disappointing because these guys have fought a lot.

‘It feels bitter but we have to digest this before we can discuss these feelings. It’s a bitter way to leave the tournament.

‘The way we lost makes it harder to understand why we lost. I have to be careful with what I say. We have an amazing group and we definitely can do something great again.

‘Maybe it is easier for me to say how I feel in a few days.’

JOE BERNSTEIN: Where is Aguero in top 10 Premier League strikers?