Dennis Wise has denied grabbing John Terry around the throat while convincing the Chelsea icon to sell a brand new car early in his career. The combative midfielder admits that a young Terry needed some encouragement to make the ‘right choice’ about returning a brand new motor but has played down the former centre-back’s account of the incident.

Last month Terry revealed that his predecessor as Chelsea captain was furious that the 19-year-old had spent all his Champions League bonus money on a new car.

The centre-back said: “I come in with my car and Wisey got me up round the throat in the corridor in front of everyone: ‘Who do you think you are? Go and take the car back.’

“So he made me go and take the car back, which I lost money on, took me around and helped me find a house, buy a house, so it was the best bit of advice.

“I was embarrassed at the time but it was the best bit of advice that I could have had.” 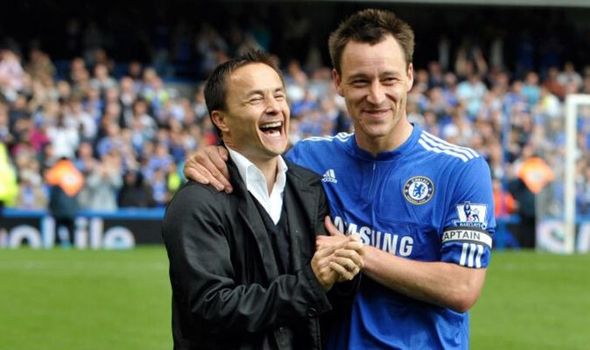 However, Wise has challenged that version of events and claims he wasn’t quite so aggressive in convincing Terry to trade in his new car.

As Chelsea captain at the time, Wise had pushed for youngsters such as Terry, Jody Morris and John Harley to be awarded bonuses despite limited game time in 1998/99.

The midfielder was desperate for the next generation of talent to invest their windfall smartly and was more than happy to offer some sage financial advice.

Speaking in an online Q&A with fans and media set up by new Chelsea sponsor Three, Wise said: “I worked extremely hard to get a bonus for the lads when we got to the Champions League qualifiers.

“What happened was that John and Jody [Morris] and John Harley had worked really hard and they were part of the squad so they deserved to get a nice bonus.

“I made sure that they did, and then he [Terry] walks in with a flash car! I wasn’t too happy and I told him, in certain ways, that this is not about that.

“You need to be sensible with the money you’ve just got and not waste it on a car. He chose to make the right decision.

“I wouldn’t say I had him around the neck! I had my hand across his shoulder and walked him away and said ‘Look, this is not correct. Don’t do that with that.’ 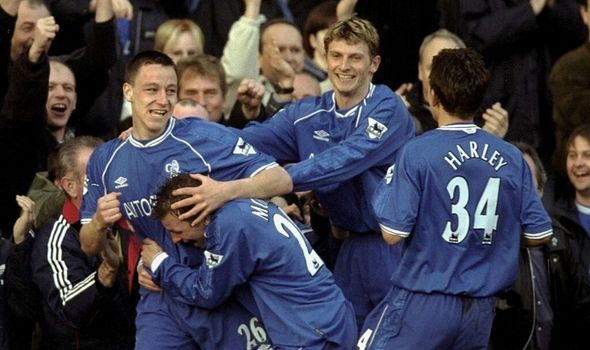 “I was only trying to help the young boys out and point them in the right direction, and he took it well and did the correct thing. Not that he was forced or anything…”

Wise made nearly 450 appearances for Chelsea during his 11 years at Stamford Bridge, securing two FA Cup wins as well as more silverware in the League Cup and the Cup Winners’ Cup.

Chelsea legend Dennis Wise surprised fans by delivering a VIP hospitality gift box from Chelsea shirt sponsor Three, ahead of the Manchester Utd v Chelsea FA Cup clash. Three is using connectivity to enhance the game for Chelsea fans and sports media, robbed of a stadium experience, through the creation of a virtual hospitality box.