Deportivo La Coruna approach the weekend with trepidation, aware that the latest humiliation for this great football club could be just 90 minutes away. They travel to Vigo to face great rivals Celta but this is no ordinary Galician derby. It comes with a twist.

For while Celta Vigo proper are preparing to face Athletic Bilbao, it is the B team that Deportivo La Coruna must overcome. This is the backwater of Spain’s third tier and, unthinkable as it might seem, defeat could well consign Depor to yet another relegation.

Supporters have already had to endure derby defeat at the Riazor in December. That loss sparked an alarming slump. The subsequent run of six games without a win put them out of contention for the expected promotion and instead raised the unpalatable prospect of a new low. The reorganisation of the league system means that Deportivo are highly likely to be in the fourth tier next season.

How has it happened? This is the club of Bebeto and Djalminha, of Fran and Valeron, of Roy Makaay and Diego Tristan. The Champions League was once their playground. Winners of La Liga in 2000, they remain one of only five clubs to win the competition in the last 30 years. But while three of the other four remain at the top of La Liga, Valencia’s midtable concerns are put into context by Depor’s plight.

It is a tale of mismanagement and mistrust, a club lurching from one crisis to another. Every hasty correction of course has only plunged them closer to the abyss. Everything has been tried, nothing has worked. They have a become a byword for incompetence, a source of bleak fascination for those unable to look away.

‘Shame is in the air,’ read a recent headline in the local newspaper La Voz de Galicia. Their journalist Jose Valencia describes this as a fall with no end. As his colleague Ivan Antelo puts it, if you had to explain the situation to a neutral, they would not believe it.

After one president in 25 years, there have been three in two years. The finances are a constant concern. Debts were wildly out of control as long ago as 2014 and the club is now in the hands of Galician bank Abanca who own almost 80 per cent of the shares. They overhauled the management in February, their president, Juan Carlos Escotet, describing the club’s situation as ‘precarious’. 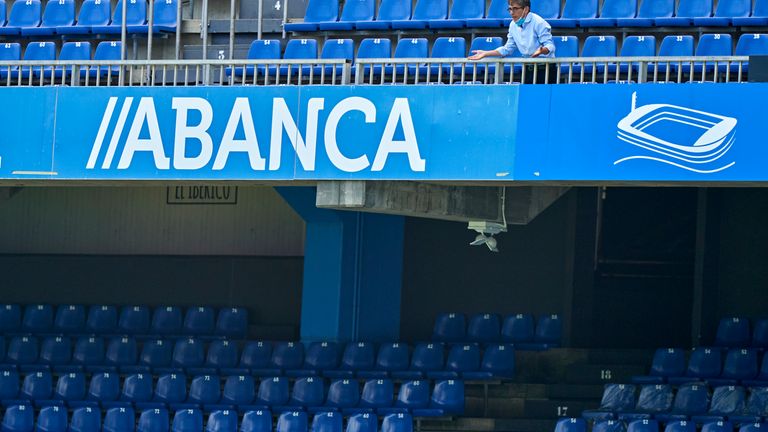 Remarkably, the fans continue to show support. Attendances had risen to 27,000 last season as the team battled the drop from the second division before lockdown. That commitment was renewed in spectacular fashion in the summer. Membership passed 4,000 within 24 hours of going on sale and went on to surpass 20,000.

“You will never get bored [as a Deportivo La Coruna fan],” wrote Luis de la Cruz in AS. “The problem is that this does not mean that you are going to have fun. Quite the opposite.”

Xurxo Fernandez, a journalist with La Voz de Galicia who has been covering Depor for many years, most of them dismal, reveals the scale of the problems engulfing the club.

“The defeat to Celta B in the Riazor was the start of this latest crisis,” he tells Sky Sports. “From there, distrust grew in a project that never had the full backing from within the club itself. That caused the dismissal of coach Fernando Vázquez and a change of management.

“For me, one of the club’s great problems, together with the critical economic situation, has been this permanent internal instability and how it has been allowed to affect the whole environment. Without a clear and uniform project, Deportivo have been too vulnerable at the institutional level to different external opinions.

“The noise has been permanent.

“This constant tension has been there and the current season also began with instability, accentuated by the effects of the pandemic and especially by the Fuenlabrada case.”

Fuenlabrada were the team Deportivo were due to play on the final day of last season only for the game to be postponed due to a number of positive Covid-19 tests for the Madrid team.

The other games went ahead, relegating Depor, but they pushed for Fuenlabrada to be relegated instead on the basis of a major breach of public health protocols.

The case was a complicated one but it was also emblematic of a club mired in off-field distractions, one too keen to look to the past rather than focusing on the future.

“It affected planning and aspects that might seem minor, such as the maintenance of the training fields, but which had an impact on the daily work,” explains Fernandez. 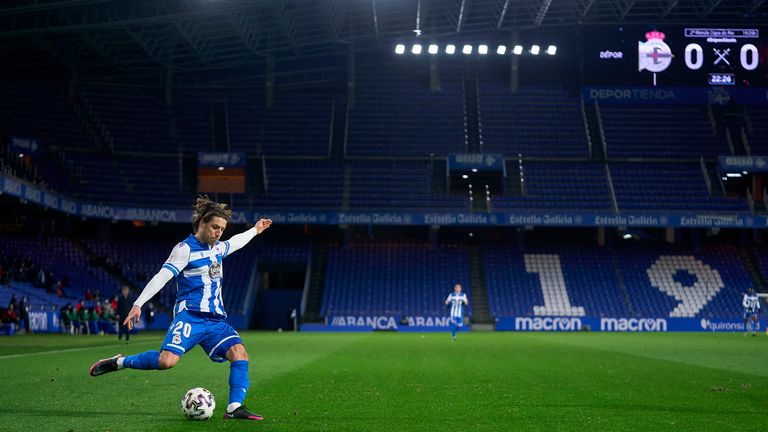 When the season began, the assumption that a budget of 14 million euros would still be more than enough to dominate the division proved incorrect. Without any discernible idea, a team that had become accustomed to scrapping looked uneasy on the front foot. It is now almost two years since Depor have won a game by two clear goals. It is a year since they were even two goals up.

When the wobble came, there was no conviction.

“That became very evident as soon as the first bad results arrived. The team was second when Fernando Vazquez was fired after losing to Zamora when they had 10 players injured.”

Vazquez was a veteran but his replacement is very different, a bright young coach called Ruben de la Barrera with fresh ideas, someone seen as a modern, tactical innovator.

But despite positive talk of his impressive impact in training, there has been no upturn in results. This is a team that recently went two-and-a-half months without a win. Ten hours without a goal. The malaise is too great. Even the slightest setback becomes an issue.

Eneko Boveda, the experienced defender who has endured the drop through the divisions, since arriving in 2018, sums up the situation well. “There is a kind of depression based on defeats that feed more defeats,” he says. “Turning that around is very complicated.” Already, De la Barrera, a 36-year-old coach whose previous job was in Romania, is being asked if he made the right decision in taking the job. “I would do it again 1000 times,” he says.

And yet, the defeats continue to come.

“The theory was that he would change things and dominate opponents more clearly but this has not happened,” says Fernandez. “Deportivo remain too vulnerable to any blow.

“The coach has the benefit of a good track record and he has connected well with the players, but the change of approach has only accentuated the idea of ​​instability.”

De la Barrera’s best hope now might just be that hope has gone. The supporters continue to support but after so many false dawns many have long since given up. This is a club so bereft of ideas that the only idea left is to let this run its course. Even the players think so.

“Perhaps the time has come to accept it and allow the project to fail,” argued Boveda. “Change has not worked. Why not try stability?”

That is a novel idea at Deportivo La Coruna.

But their fate will be clearer soon.

A 1-0 win over Pontevedra on Sunday has alleviated the imminent threat of dropping to the fifth tier following the reorganisation but failure to win this coming weekend will end any hopes of promotion and leave Deportivo scrapping to stay in the new third tier.

“Now there are two matches left to avoid a new disappointment,” says Fernandez. “And disappointments are the only thing that have remained consistent at this club.”

Serie A faces being CANCELLED as the Italian government makes demand