Derby 1-1 Huddersfield: Wayne Rooney’s side held at home in first fixture of the Championship season after Naby Sarr cancelled out Curtis Davies’ opener

Not for the first time, the football came to Wayne Rooney’s rescue. Not in the shape of a win but a hard-earned point and a glimmer of hope after a summer of strife as Derby held out against Huddersfield.

His players grafted hard and the home crowd at Pride Park rallied behind their patched-up team and its beleaguered manager, who revealed on the eve of the game how he had been sleeping on the couch in his office as he worked around the clock to reinforce a threadbare squad with new signings.

Derby escaped relegation on the final day of the last Championship season and survived the lingering threat of a technical demotion from the EFL relating to their accounts. 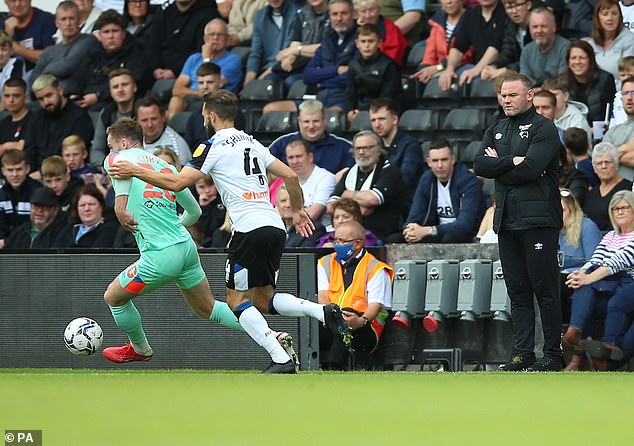 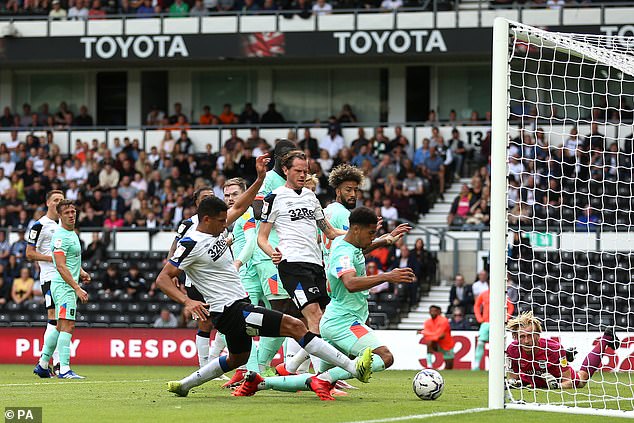 The takeover they hoped might happen in the summer months did not materialise and it promises to be another long and arduous season ahead for Rooney in his first managerial role.

So it was important to avoid defeat as the fans returned and, at the final whistle, they stood to sing his name and applaud their team, grateful to see their effort and to have a point on the board.

Derby took the lead in the 39th minute. The goal was credited to Curtis Davies, who arrived in a crowd at the back post as a corner taken by Nathan Byrne was scrambled over the line. 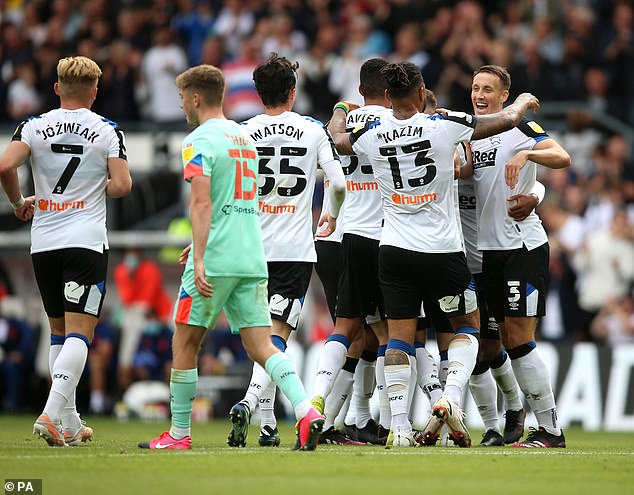 It may have been an own goal and Davies did not celebrate as if it was his to enjoy but must have been relieved to make a contribution on his return, just a day after signing a new one-year contract.

The 36-year-old centre half was among those released by Derby at the end of last season but, as the EFL-imposed transfer embargo was eased, Rooney has been able to recruit again, albeit with strict limits on pay and the lengths of the contracts.

Davies and Richard Stearman, released by Huddersfield in June, were signed on Friday, along with goalkeeper Ryan Allsop, who was on the bench among an inexperienced selection of youngsters.

Former Manchester United midfielder Ravel Morrison has also been added to Rooney’s squad although not in time to feature against Huddersfield, who finished only one place above Derby last season and arrived at Pride Park with fresh problems.

An outbreak of Covid struck the West Yorkshire club in the days leading into the opening-day fixture and stripped them of four first-team players and head coach Carlos Corberan, who all returned positive tests.

Perhaps understandably, in the circumstances, both sides lacked for cohesion and fluency. Neither created very much from open play and the main goal threats came from set-pieces. 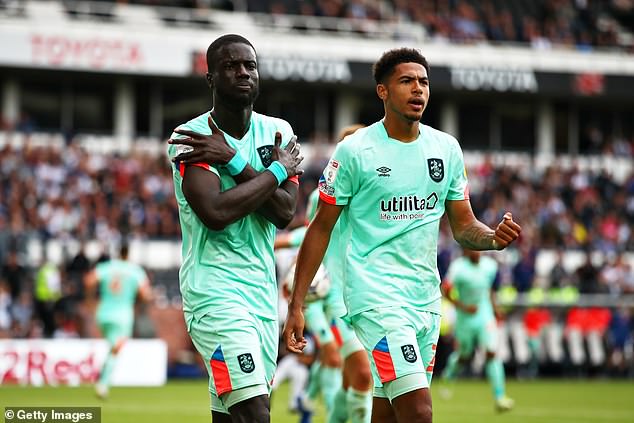 Having conceded, Huddersfield produced a good reaction and were soon level.

Centre-half Naby Sarr found the net with a powerful header from a free-kick teased into the penalty area by Sorba Thomas, after a foul by Davies on Danny Ward.

Huddersfield might even have taken the lead as they finished the first half on top. Scott High went close and Jordan Rhodes, back at the club after leaving Sheffield Wednesday, glanced a header wide. 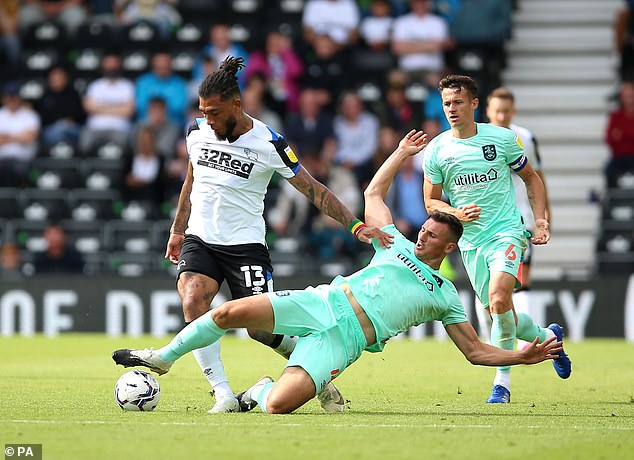 Derby were forced to cling on at times. Davies and Stearman relied upon their experience as their energy faded in the second half and the visitors threw on fresh legs up front.

Huddersfield’s Matty Pearson was closest to finding a winner, heading over from a corner. Kelle Roos made two saves in quick succession to deny sub Fraizer Campbell. And Duane Holmes flashed a shot wide from 20 yards

But Derby almost snatched a winner in stoppage time when Ryan Schofield saved from Louie Sibley.

Chelsea may be scouting Copa America after ‘enquiring’ over Paraguay captain