Diego Llorente is yet to play in front of a full house at Elland Road but his eyes widen as he recalls the scenes in Take Us Home: Leeds United showing the famous old stadium at its vociferous best.

The defender, a £20m signing from Real Sociedad in the summer, watched the documentary while recovering from injury earlier this season – “in order to get to know the club a bit more,” he tells Sky Sports – and has been pining for fans to return ever since.

“A lot of people recommended it to me and, pfff, the atmosphere the fans created at the games was spectacular,” he says. “I’m counting down the days until we can see Elland Road completely full.”

For now, though, he is just happy to be playing at all.

Llorente was seen as a coup for Leeds. Here was a 27-year-old Spain international who had cut his teeth in Real Madrid’s fabled youth academy and just helped Real Sociedad qualify for Europe.

But the excitement that greeted his arrival in West Yorkshire soon made way for frustration as groin and hamstring problems left him watching his new club make the step up to the Premier League from the sidelines in the first half of the campaign.

It was less than ideal for Leeds, who had hoped to build their defence around him in the top flight, and it presented considerable challenges for Llorente too, given he was already having to adapt to his new surroundings in the midst of a pandemic.

Fortunately, he was offered plenty of support by his new team-mates and colleagues.

“My time here at Leeds didn’t start very well but despite the injuries and the many days I felt sad about the situation, the excitement I had when I accepted this challenge was always there. I always had the energy to keep going and recover as quickly as possible. 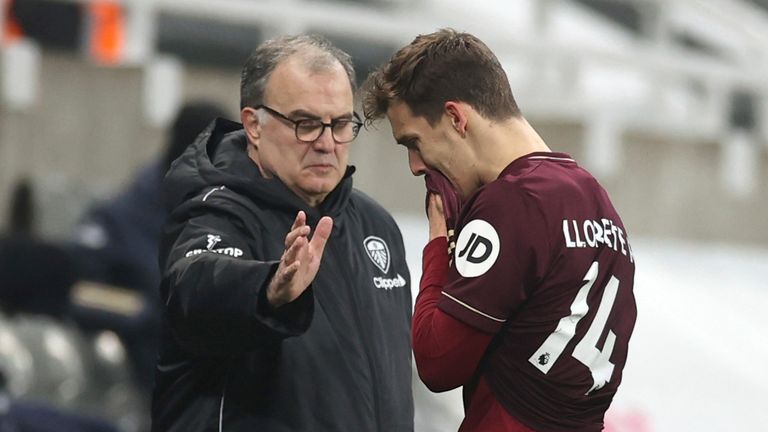 “One of the things that surprised me most when I arrived was the great group there is here. They are very sociable people who look out for you and that is something I’m very grateful for.

“For me, that was one of the things that helped me most in my recovery – on a mental level as much as a physical one.

“I only have words of gratitude for the staff, the medical team, my team-mates, the sporting director, and the president. In the bad moments I’ve had, all of them have supported me.

“Now, I try to enjoy every day to the maximum and, when the games arrive, help the team as much as I can.”

Llorente, speaking over Zoom ahead of Friday’s clash with Fulham, has certainly been doing that lately, starting the last four games and helping Leeds keep clean sheets in two of them. He puts his swift adaption down to the preparation he did while injured.

“One of my main objectives in that period, apart from recovering, was to try to observe and learn as much as possible about the daily routine of the team, the things they work on and the things the manager wants.

“I looked in detail at how we play and analysed it well and that meant that when I did finally come into the team, it wasn’t too obvious that I was a new player.”

That is not to say the physical intensity of the Premier League didn’t surprise him.

“It is totally different to watch the Premier League on television and actually experience it,” he says. “You can never imagine how physically demanding it is but once you’ve realised it on the pitch, you have to adapt rapidly to it to help the team.” 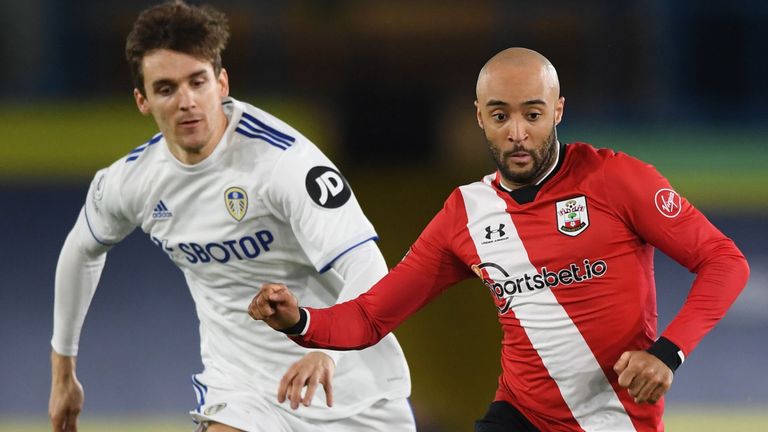 Llorente describes Chelsea, who he has faced twice – first as a substitute in a 3-1 loss at Stamford Bridge in December, then from the start in Saturday’s goalless draw at Elland Road – as his toughest opponent yet.

“They are so fast,” he says, his eyes widening again. “If you have even the slightest lapse of concentration, they will make you pay.”

But Chelsea are not the only side to have tested Llorente and his Leeds team-mates lately and the centre-back is also having to adapt to a uniquely demanding manager. There is no easing yourself in under Marcelo Bielsa and there are no half-measures either.

“In the end, I believe that level of demand is what makes a player improve,” says Llorente. “At no moment are you allowed to relax or not give 100 per cent.

“He is very demanding with the ball as much as on a physical level. There’s not a single minute of the game in which you can’t contribute – regardless of the position you play and regardless of whether you have the ball.

“You can always contribute defensively as a centre-back and, if you have the ball, your job is to help with the build-up play. What he asks of us is that we are always useful and that we are always helping the team to improve and achieve victory.”

Leeds hope Llorente’s belated introduction to the team will improve them defensively and there have certainly been encouraging signs. 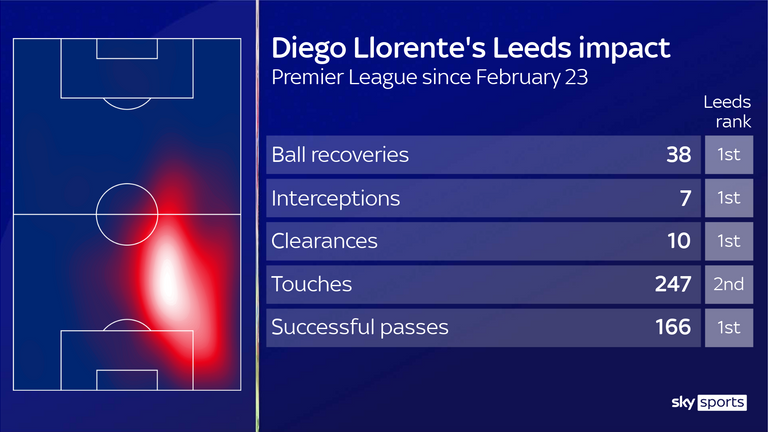 Since the 3-0 win over Southampton last month, when he was finally able to establish himself in the team, he ranks top among Leeds players for ball recoveries, clearances and interceptions.

But it is also worth noting that he has completed the most passes too, while only Luke Ayling has had more touches. Bielsa wanted Llorente for his ball-playing ability as well as his defensive qualities.

“It’s a part of the game I have liked since I was small,” he says. “The primary job of any defender is of course to defend, but football is evolving. Every day it’s more important that the ball comes out of defence in a clean and ordered way to connect with the attackers.

“In my first conversations with the manager, he explained the importance of certain aspects of when it’s time to play with the ball and when it’s time to return to my position [and defend]. There are certain things he considers to be fundamental and I’ve tried to integrate them into my game as quickly as possible.”

Llorente feels he is already improving under Bielsa and admits the opportunity to work with the Argentine was a big part of the attraction of Leeds. But it was a meeting with Victor Orta, the club’s sporting director, that convinced him to commit to the move.

“I started the season with Real Sociedad and I was focused on them, but I was also hearing about the possible offers that could arrive and could help me improve as a player. 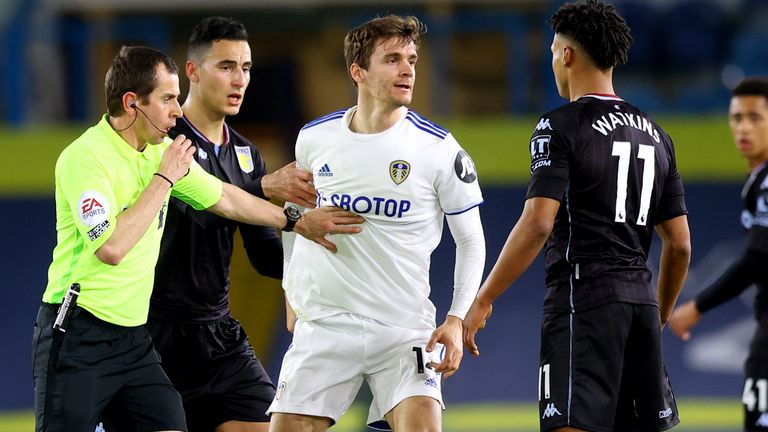 “There were other offers before Leeds – last year as well – which were also interesting, but they didn’t totally appeal to me. The moment I met with Victor and he told me about the interest Leeds had in me, I didn’t have to think about it.

“He told me about the project, that it was secure and strong, and about the way the team played, how my characteristics as a player could help, what I could bring to Leeds, and also what Leeds could give me to help me grow as a player.

“When a player sees that, he doesn’t have to think twice. And the playing style is more or less similar to what I was used to in Spain, so that was another motive to come here.”

Llorente spent three happy years at Real Sociedad, scoring five goals in 82 games and starting a family in the picturesque coastal city of San Sebastian. But he felt the time was right to move on.

“I had some great years in San Sebastian on a personal level. But when you are a footballer, you want to confront every challenge and Leeds is also a very nice city which I will try to get to know more when the Covid situation is better. I consider myself to be an ambitious person and I’m proud to have taken this decision.”

The move hasn’t done his international prospects any harm either. Llorente has won six caps for Spain and hopes to add to that tally later this month having been included in Luis Enrique’s squad for their World Cup qualifiers against Greece, Georgia and Kosovo. 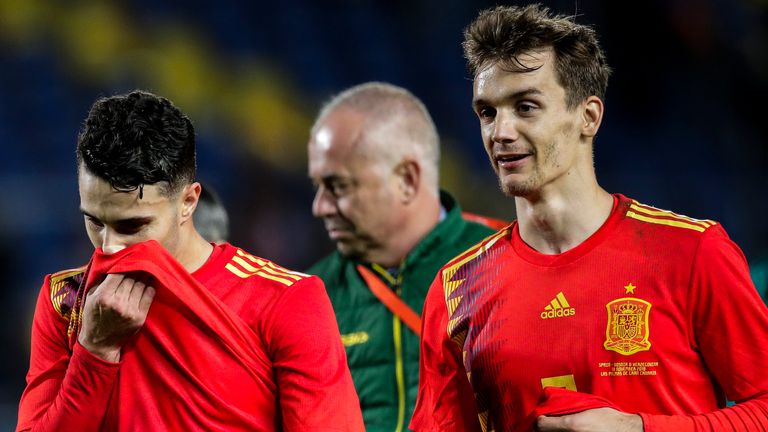 “It’s another factor which makes you work hard every day – even when things are bad and everything looks difficult as it did when I arrived here,” says Llorente. “In the worst moments, it motivates you to keep going and get picked again to represent your country, which, for me, is the maximum any player can aspire to.”

Llorente will hope to keep his place in Spain’s squad at this summer’s European Championship. But until then his focus is on Leeds – and on making up for the long months he lost to injury earlier in the season. “I’m just going to try to ensure that Leeds improve with me here – and also that I improve with Leeds,” he says.

All being well, it might not be too long until he gets to show that improvement to a full house at Elland Road.