Diego Maradona’s friend and former team-mate Ossie Ardiles has spoken about the legend’s career in an extended interview with Sky Sports News.

Ardiles and Maradona played together at the 1982 World Cup, but Ardiles had retired from international duty before Maradona’s inspirational performance at the 1986 tournament in Mexico.

Tributes have poured in from around the world for Maradona, who died at the age of 60 on November 25, and Ardiles has spoken of his close relationship with the football icon and how he dealt with worldwide fame.

He said: “He coped very well to be perfectly honest – he loved this kind of adulation. He felt very happy with that.

“I have been in different places in the world, for example one day I was in Jordan with him and he arrived and the airport completely stopped. Jordan I wouldn’t say it was a football country say, but everything stopped.

“Yes, from the hotel to the car for example, everything stopped. People started to tremble or some people they started to collapse. This was the phenomenon he was.

“Many, many of them, they said ‘Diego, please come and visit me’. Not interested, not at all. But he transcended football. I believe that another sportsman that transcended his sport was Muhammad Ali for example. I think Diego was the same.” 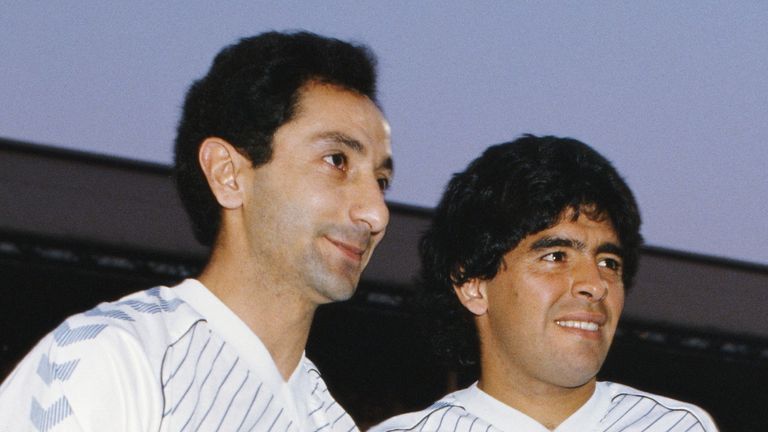 Ardiles also told Sky Sports News about the “sad occasion” when Maradona was dropped for the 1978 World Cup on home soil at the age of 17.

It was a moment that Ardiles describes as Maradona’s biggest disappointment in football and reveals how the senior players tried to help a distraught Maradona.

“He was a member of the 25 players, but come April it had to be only 22, so three players Cesar Luis Menotti (head coach) had to say ‘you are not going to play the World Cup’, and Diego was one of them. That was his biggest shock in football.

“I remember when he left the hotel where we were, he was crying and we could not stop him crying. We go to him and said ‘Look Diego, you are too young, you are going to have another World Cup, don’t worry about it’.

“At the end of the day all of us, we finished crying because it was far far too much. That was his biggest disappointment in football in fact.” 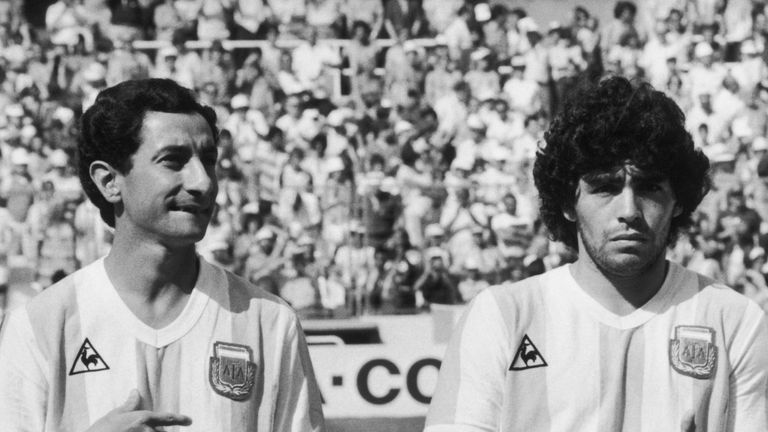 Four years later Maradona had put the disappointment of 1978 behind him and was part of the World Cup squad for Spain 1982.

Ardiles was in the squad too and revealed an unusual story involving the pair and a visit to a local church.

“Diego said to me, ‘Ossie what are you going to do tomorrow?’

“I said, tomorrow I am going to pinch one of these cars, I am going to go to the little town, going to attend Mass to pray to win the World Cup and so on, and after I will have a very nice lunch and come back. Very good idea so fine, we did that.

“Wake up in the morning, pick him up in front of the room. We pinched a car, there were a lot of cars. And we disappeared from there.

“We went to the little town and we went to Mass. In the Mass there was a lot, a lot of people.

“Imagine especially when he arrived, when he opened the door and everybody… the Priest had to stop the Mass! He just went from Boca Juniors to Barcelona so he had been in all the news and everything.

“The Priest comes to us and says ‘Please, oh hello hello, ok no problem, can you go in this corner there and attend Mass and after that we will take all the pictures and so on?’ And so this is what we did.

“Mass finished and we were taking pictures with everybody, a lot of very little children, all dressed in white.

“And then we saw two or three of our bodyguards – you cannot not miss them from the way that they were dressed. Oh – it was a sigh of relief for them, I mean Diego, because it was Diego and me, we were missing in the hotel.

“So anyway they took the key for the car and drove us back and that’s it. Our adventure finished!”

Chelsea chief Granovskaia broke policy over Silva because of Lampard