Jota and Mane celebrate the opener

For the first time since January, Liverpool have a win against an English club that is not named Sheffield United and, if they can derive pleasure from that, it is an indication of how far the mighty had fallen. But they are now sixth and back in contention to qualify for the Champions League.

If their season represents a conundrum, with a historic collapse but the potential of a relatively happy ending, victory at Wolves was a reminder of one undoubted success.

Diogo Jota’s first appearance at Molineux since he traded Wolverhampton for Merseyside brought his first goal since he was sidelined in December.

Wolves could be concerned by a potentially more serious injury to Rui Patricio, which explained Liverpool’s muted celebrations at the final whistle, but it was a creditable result for Jurgen Klopp’s team.

They still have issues at home, but this wasn’t Anfield and this brought a feeling they had rarely experienced in that debilitating run of six defeats in seven games: satisfaction.

It can be ranked alongside the January triumphs at Tottenham and West Ham as reminders of what they are still capable of. 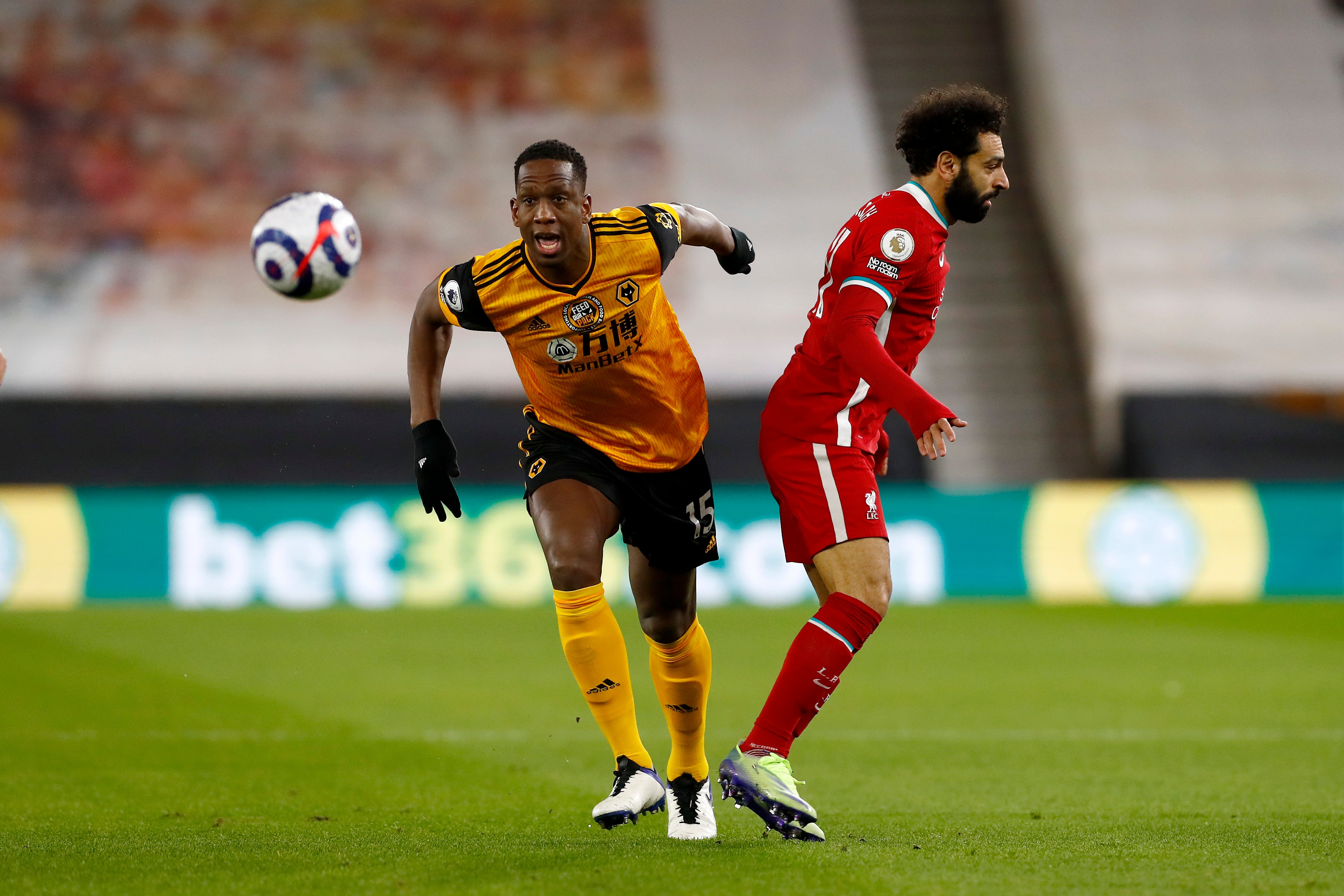 Their last outstanding display at Anfield was a 4-0 thrashing of Wolves and while Liverpool did not touch such heights, they could take solace in solidity, their new-look defensive duo of Ozan Kabak and Nat Phillips keeping a third clean sheet together. A relatively uneventful first half showed Liverpool lack the incision they used to display, but concluded with the decisive touch from the predatory Jota. Not for the first time, Wolves were given reasons to rue his sale.

Liverpool’s only previous first-half league goal of 2021 came in stoppage time. So did this. All of the front three were involved, Mohamed Salah finding Sadio Mane, who prodded a pass into Jota’s path. His shot squirmed under Patricio and, while the goalkeeper ought to have done better, sadly that is not why his night will be remembered. Another old ally, Nuno Espirito Santo, had said beforehand that he wanted to hug Jota when regulations permitted; he probably felt less generous towards his compatriot when he condemned him to defeat. 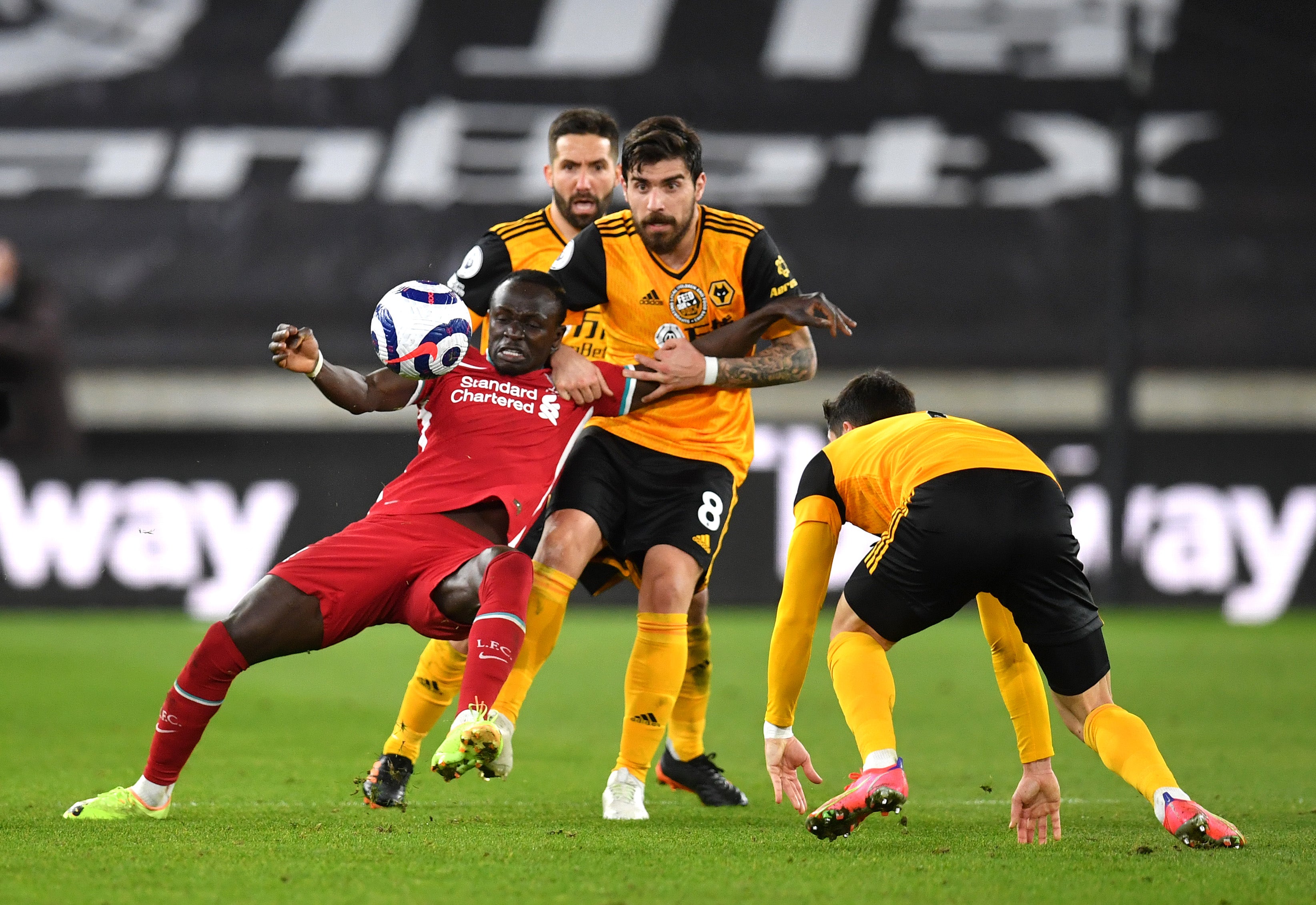 For Mane, the assist was compensation for his inability to provide a finish. The Senegalese had latched on to Gini Wijnaldum’s pass but while his touch took him past Patricio, it was too heavy to give him a chance to find the unguarded net. He then stooped to head wide from Trent Alexander-Arnold’s cross. His movement, at least, was excellent. Salah, who grew in threat as the game progressed, was first denied by Patricio and then dinked a shot over the goalkeeper and in, only to be frustrated by an offside flag. Patricio was caught by team-mate Conor Coady’s knee in the process and stretchered off amid a 15-minute delay. While John Ruddy came on as a concussion substitute, these were more horribly worrying scenes for Wolves after Raul Jimenez fractured his skull at Arsenal.

They ended without their premier goalkeeper and striker. Liverpool’s curiosity of a team was a sign of the times. Klopp fielded nine-elevenths of a high-class team, though Roberto Firmino and Jordan Henderson might get in his strongest side, and a hastily-assembled centre-back partnership of rookies. Protection came in part from the fact that Fabinho made his first league start in midfield since October’s fateful Merseyside derby. Yet alongside him Thiago’s continuing struggle to get up to speed manifested itself in a booking. Klopp might have taken him off at half-time to spare him a second, and instead spared him the final quarter. Jota’s status as Liverpool’s best summer signing remains secure. 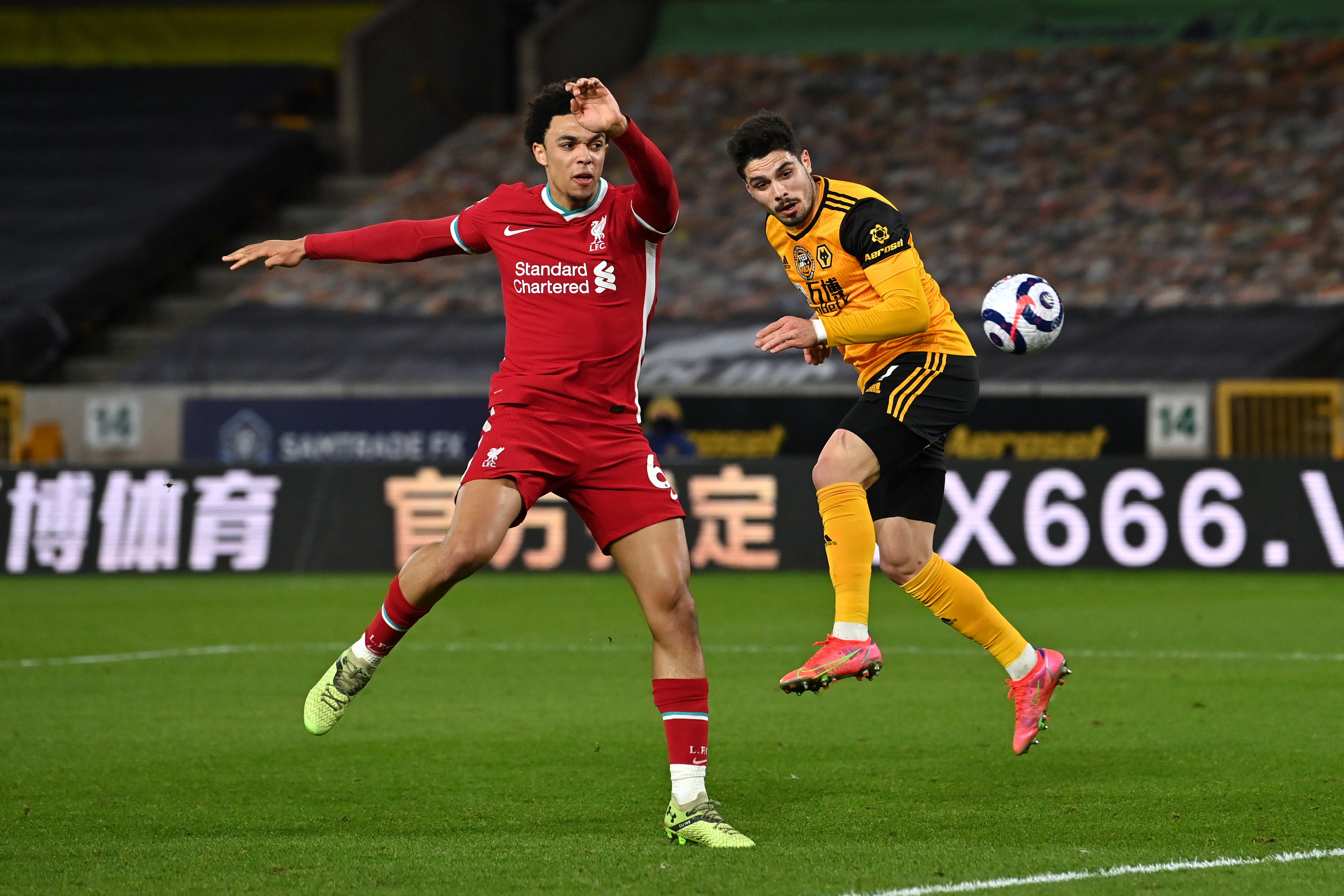 Pedro Neto misses a header under pressure from Trent Alexander-Arnold

Like Sheffield United and RB Leipzig before them, Wolves found Kabak and Phillips willing, if occasionally limited.

Alisson began by coming to their assistance, with a fine early block from Nelson Semedo. Ruben Neves later thudded a shot into the advertising hoardings and Coady, who has developed a sudden interest in scoring, headed over against his former club and the substitute Fabio Silva squandered two chances, but opportunities were limited. 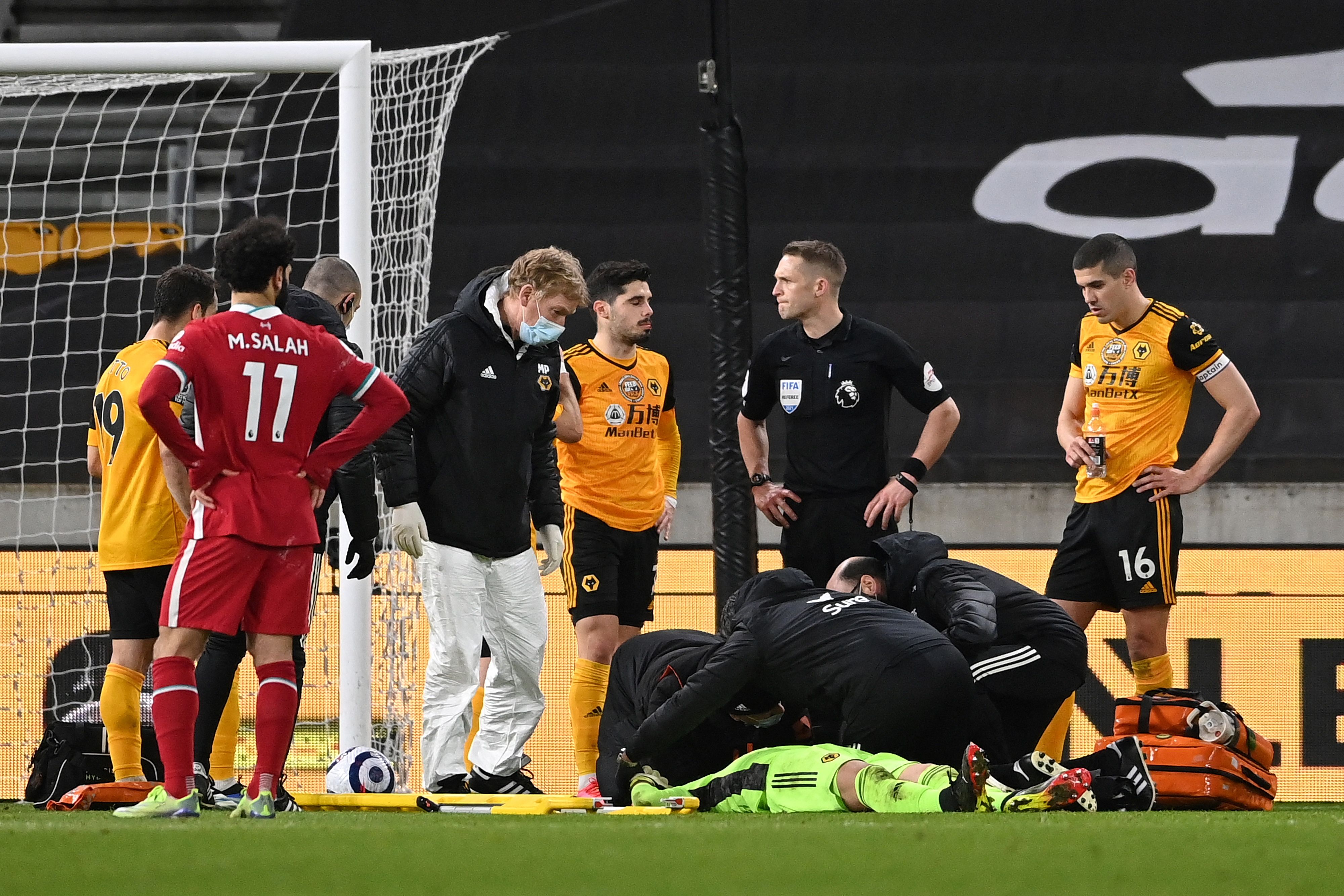 It can be the way at Molineux. Passive too often, Wolves began more brightly than they sometimes do. Yet they had long found first-half goals elusive, even before Jimenez’s extended absence rendered them more impotent. Adama Traore troubled Liverpool at times, but without offering any end product.

The damning part was how little threat Wolves had when they trailed, and if that reflected the level of control Liverpool exerted, it means Nuno’s side now average less than a goal a game this season. It is a wretched return for them, even as Jota made a happy return to Molineux.