DOMINIC KING: Inconsistent Fabinho is a worry for troubled Jurgen Klopp – who vented at the midfielder in Liverpool’s shock defeat to Leeds… the usually reliable Brazilian is a shadow of the player he’s been since 2018

There was a lull in a contest that was being played like a basketball game rather than a football match and Jurgen Klopp saw his chance.

It was the 38th minute and Liverpool, for what seemed like the umpteenth time, had allowed Leeds to scuttle through the middle of their midfield: Klopp, arms spinning like a Catherine Wheel, fixed his fury on Fabinho and began to bark and holler.

This isn’t an uncommon sight. Klopp will unload at anyone in his team if they are not doing their job but what made this scene intriguing was the reaction of the Brazil international, who was clearly unimpressed by being the focus of his manager’s attention. 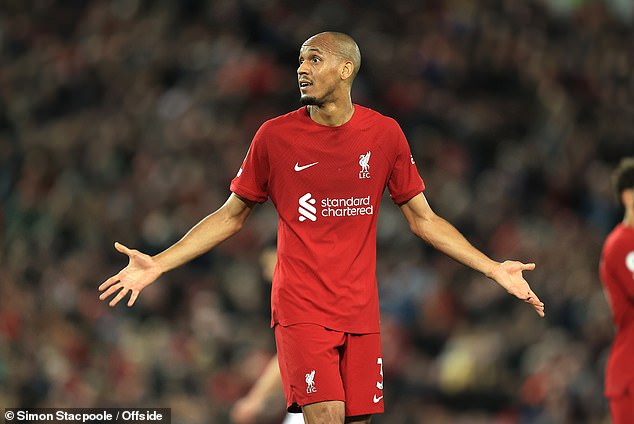 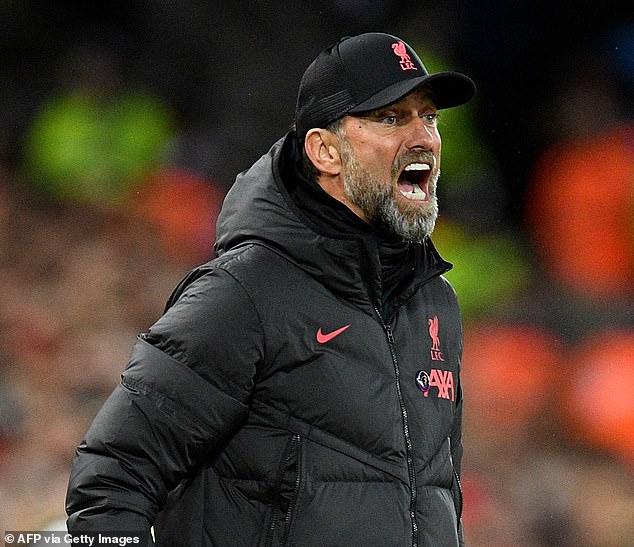 Rather than hold up a hand to acknowledge the shortcoming and attempt to placate, Fabinho squinted at Klopp – evidently in exasperation – and shook his head. This served only to enflame the situation and the German continued to erupt, shouting so much body shook.

What struck about this little episode was the fact Klopp had made a beeline for one of his team’s most important figures, a man whose fingerprints have been all over the big victories Liverpool have enjoyed in the last five years.

Such is Fabinho’s influence, throwing a protective shield in front of Liverpool’s defence, Klopp once revealed that he had taken to calling him “Dyson” for his ability to clean up a mess with the minimum of fuss in no time at all.

There has been a marked difference in Fabinho’s form this season, however. The focus in the early weeks was on Trent Alexander-Arnold and Virgil van Dijk but the drop in the levels of Liverpool’s number three has been noticeable. 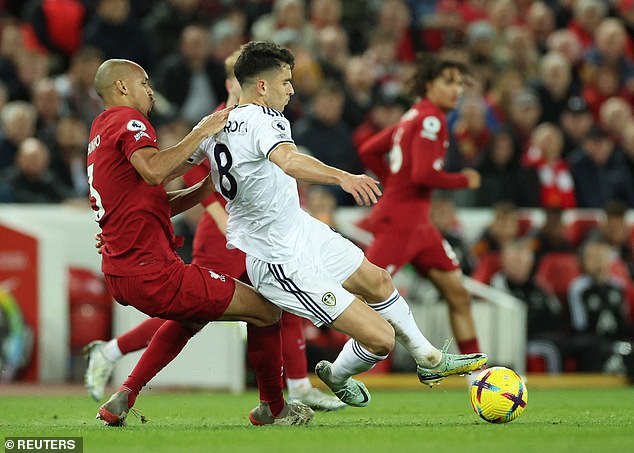 Klopp may have been trying to fire a rocket to jolt him back into life but, remarkably, there was another exchange – not as vociferous, it should be stressed – in the 42nd minute when the little livewire Brendon Aaronson bypassed him once more.

Fabinho is not the only reason Liverpool are struggling but the reason this was also so noteworthy is because he has been so consistent since he moved to Anfield 48 hours after the 2018 Champions League final for £43million.

He has been a seven or eight out of ten performer every week, a man who rarely gets headlines but who plays with poise and intelligence. He consistently makes the right decisions but, on this bizarre night, common sense was missing all around. 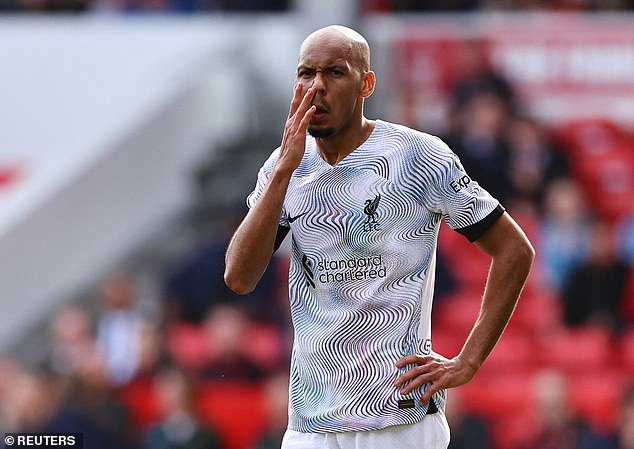 Things improved ever so slightly in the second period – there was a super interception on Aaronson that allowed Darwin Nunez to gallop away, another sliding tackle on Patrick Bamford that was timed immaculately – but he got no further than the 60th minute.

His last action was to take the captain’s armband from van Dijk and pass it on to Jordan Henderson and there was a cordial high five with Klopp as Fabinho made his way to the dugout, shaking his head in frustration.

You couldn’t say the landscape changed after Fabinho had departed as Liverpool continued to surrender chances, with yawning gaps all over the field apparent as they pursued a winner. The control in Liverpool’s has gone. Until it returns, they will continue to be consistently inconsistent.

Everton’s dysfunctional hierarchy leaves next manager in need of miracles