Donny van de Beef! Manchester United ‘trying to bulk up midfielder by putting him on the same training programme as Cristiano Ronaldo and Bruno Fernandes’

Manchester United are trying to ‘beef up’ summer signing Donny van de Beek, according to reports.

The Sun report that the club have been impressed with the £40million midfielder’s fitness since he arrived from Ajax but would like him to add a bit of muscle so he can cope with the physicality of the Premier League.

United have put their players on similar programmes in the past including Portuguese duo Cristiano Ronaldo and Bruno Fernandes – who joined in the club in January. 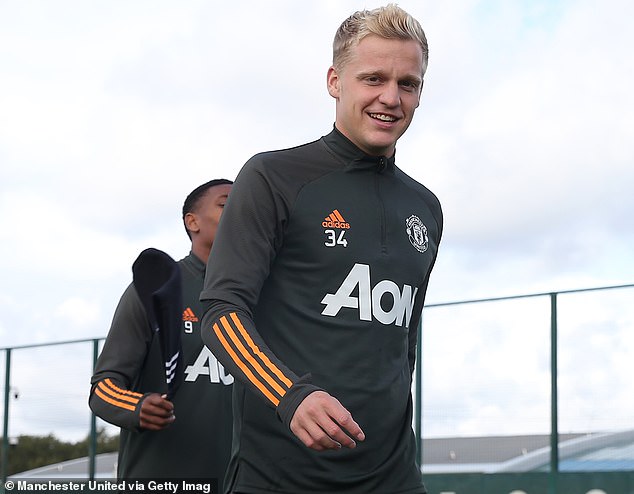 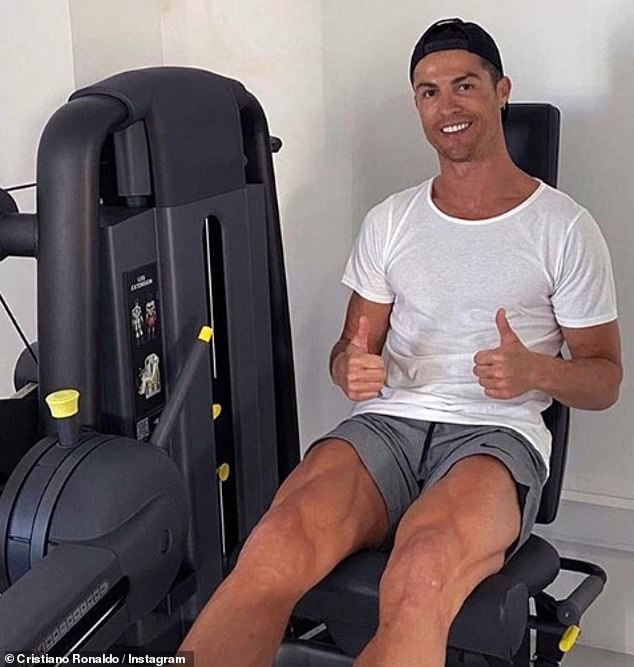 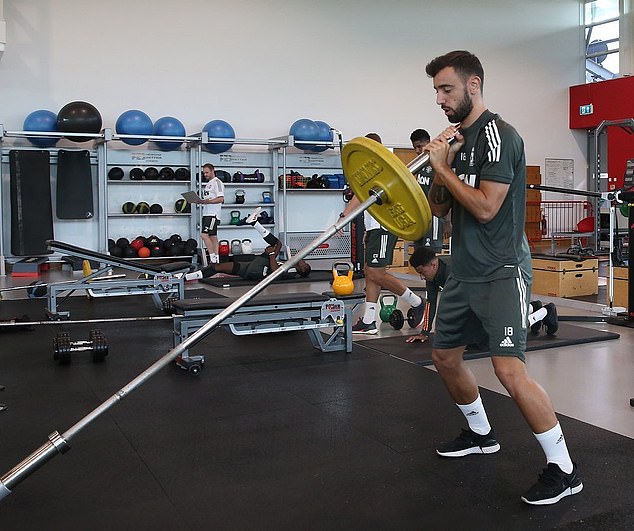 The report claims their plan for Van de Beek is to put muscle on in the right areas which will mean heavy weights and resistance work such as pull-ups and chest presses.

His team-mate Jesse Lingard put 3lb of muscle during lockdown by doing the same exercises.

The Dutch international is said to be one of the best trainers at the club and had an impressive start to life at Old Trafford with a goal on his debut. 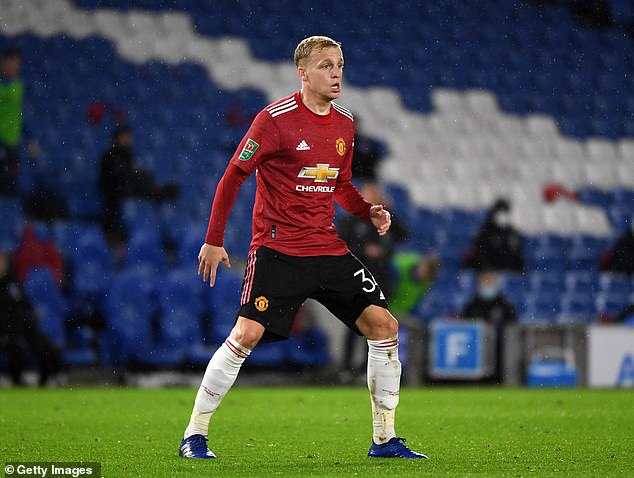 However, he is yet to get his first start in the Premier League and has been limited to appearances off the bench.

But Ole Gunnar Solskjaer insisted earlier this month that the 23-year-old will get more opportunities and is vital to the club’s plans going forward.

‘We know how many games we’re going to play and he’s going to be vital,’ said the United boss.

‘He’s proved in every game he’s been a part of that he’s got high quality, he’s such a clever mover, he plays the game simply but effectively, with high quality. He’s knocking on the door.’