Liverpool transfer chief Michael Edwards may be taking a leaf out of Manchester City’s book with their supposed interest in signing Donyell Malen. Liverpool have already made an early move in the summer transfer window by snapping up Ibrahima Konate from RB Leipzig.

Signing a central defender was the top priority for Liverpool this summer after their gamble in not replacing Dejan Lovren last summer cost them dearly.

The highly-rated France Under-21 international will come in and provide Jurgen Klopp with strength in depth at the back with Virgil van Dijk, Joe Gomez and Joel Matip all expected to be fit in time for next season.

Liverpool aren’t expected to make major changes in the summer transfer window and it’s been suggested that Konate’s arrival could well be one of just two signings.

Now that the issue of their centre-back has been resolved, attention now turns to bringing in someone capable of helping in front of goal. 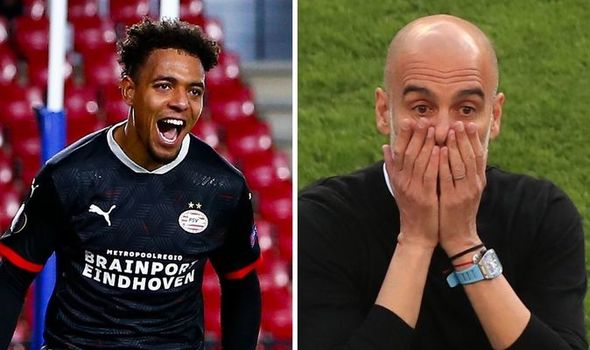 Mohamed Salah, Sadio Mane and Roberto Firmino have terrorised defences over the past few years and been responsible for Liverpool’s success in that time.

But there was a clear need to bring in some extra fire power last summer and the addition of Diogo Jota proved to be vital for the Reds this past season.

Mane and Firmino struggled for form in front of goal with Jota stepping up when needed.

But Jota is the only player who truly helped out the front three last season with Divock Origi and Xherdan Shaqiri failing to make a difference.

The Liverpool duo have been good servants for Klopp in recent years and the German head coach has often shown favour for those he trusts to continue a strong cohesive unit.

To continue winning titles though, Liverpool may well be looking to copy City’s tactic in the transfer window of flooding the squad with goalscoring attacking options.

Liverpool now appear keen to follow in the same vein by targeting a move for Donyell Malen, according to Sky Germany. 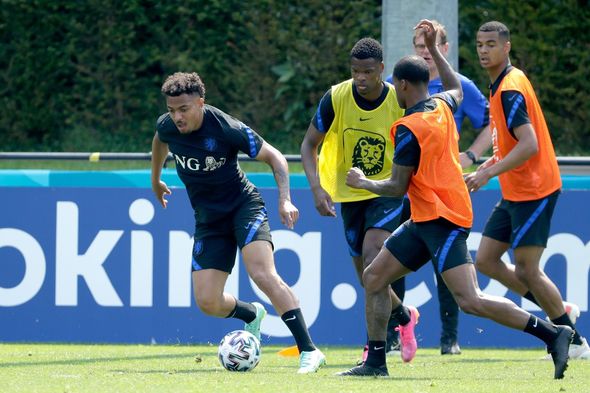 The 22-year-old was in fine form for PSV last season, scoring 27 goals and providing 10 assists in all competitions.

He may also be available for just £25million as well, making him a viable option for Liverpool in the transfer market.

There is always a risk in bringing in someone not proven in the Premier League to help make a difference under Klopp.

And the Liverpool boss has often taken time before giving new signings a chance in the first team, such as Andy Robertson.

But signing a player like Malen may well be a gamble worth making to spruce up Liverpool’s attacking options in their bid to climb back into the title race next season.

Manchester United vs Leicester prediction: How will Premier League fixture play out tonight?