Donyell Malen’s move from PSV Eindhoven to Borussia Dortmund is in doubt as the German club are struggling to pay the funds required to sign him, according to reports.

The 22-year-old Dutch forward, who came through the ranks at Arsenal, impressed at Euro 2020 with some scintillating displays, before the Oranje were knocked out of the summer tournament at the round of 16.

Malen came into the tournament as one of the best young forwards in Europe after netting 27 goals for PSV last season but the Eredivisie side finished second behind Ajax in the Dutch top-flight. 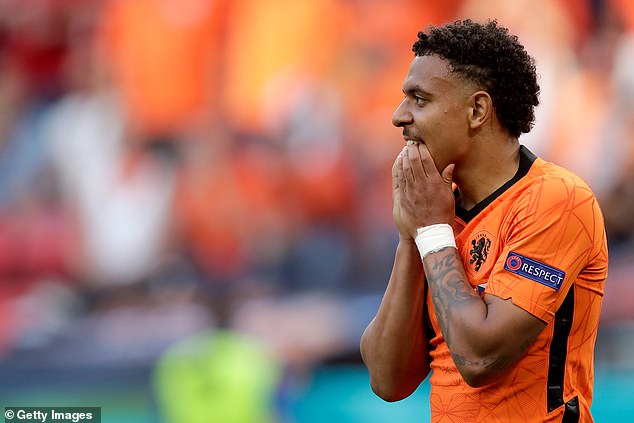 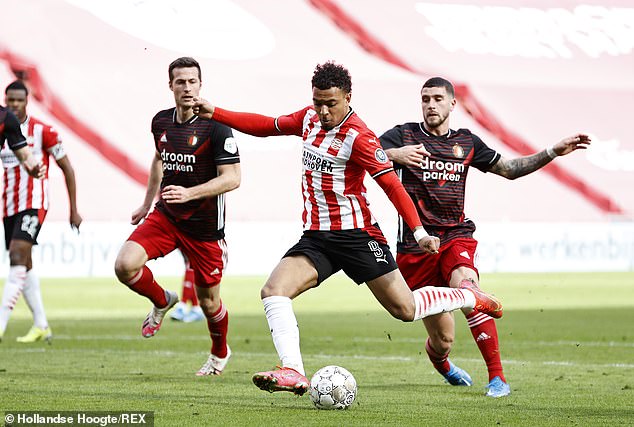 And according to German news outlet Bild, the forward is valued at around £26million but Dortmund can only pay £23million if Malen’s agent Mino Raiola continues to demand over £5million-a-year in wages.

The Dutchman currently earns around £1.72million a year in wages, meaning Raiola is asking for Europe’s elite to triple his client’s salary if they want to add him to their squad.

Dortmund are set to lose Jadon Sancho for £73million as the England international looks set to complete a highly-anticipated move to Manchester United, while Erling Braut Haaland has also been linked with a move away from Signal Iduna Park. 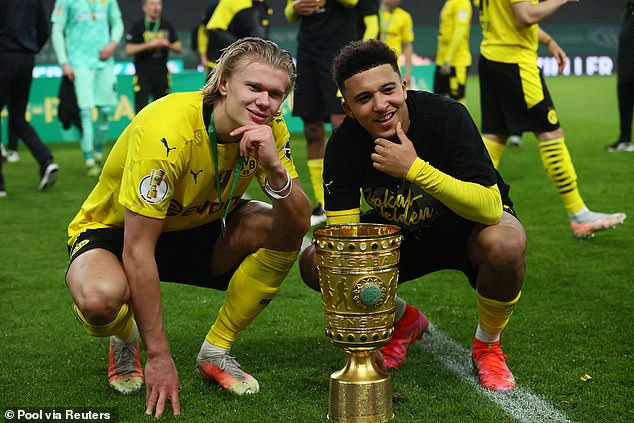 Haaland is reportedly on the shortlist of Premier League sides Chelsea and Manchester City, while the player’s father, Alf Inge, and agent Raiola were seen having meetings with Barcelona and Real Madrid earlier this year.

Malen failed to get on the scoresheet at Euro 2020 but did put on two assists in the group stage victories over Austria and North Macedonia.

The 22-year-old was selected to start the first knockout round match over the Czech Republic but was guilty of missing a one-on-one just minutes before the knockout tie fell apart for Holland. 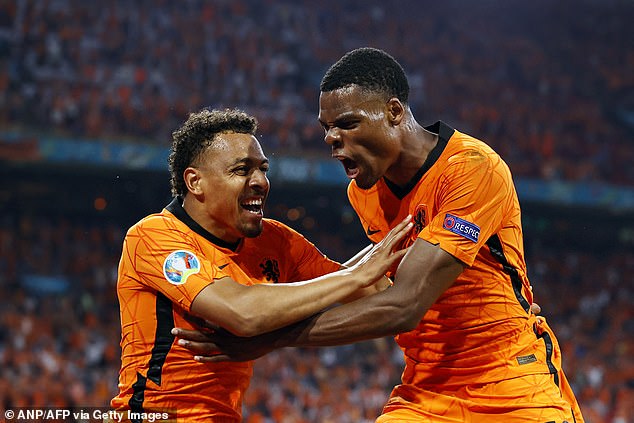 With the scores at 0-0 in the second-half, Malen tried to go round Tomas Vaclik in the Czech Republic goal instead of shooting and spurned a great chance to give Holland the lead.

Seconds later, Matthijs de Ligt was sent off for Holland for a handball that denied a clear goalscoring opportunity, allowing the Czechs to take control of the tie and score two late goals through Tomas Holes and Patrick Schick.

The defeat cost Dutch manager Frank de Boer his job and the Holland manager left just days after his side’s exit from the competition. The 51-year-old rued the failings in crucial moments like Malen’s for the country’s defeat against the Czechs. 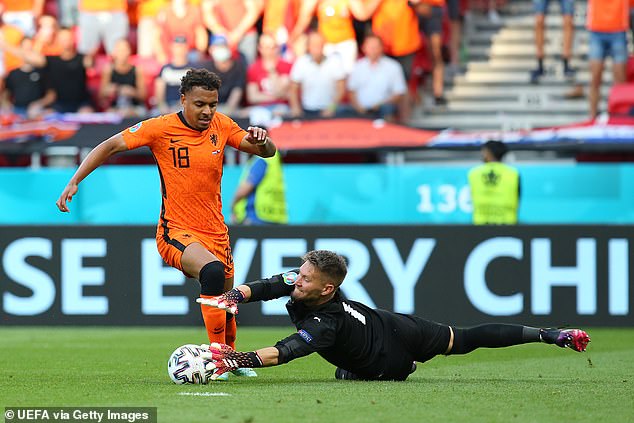 De Boer told his post-match press conference: ‘One moment can turn the world upside down. These are hard lessons to take.

‘I’m responsible for this defeat at the end of the day and I will take a look at the mirror. It wasn’t our best game but it’s not like we did not dominate the game.’

Meanwhile, PSV coach expects Malen to be sold this summer following his Euro 2020 heroics, alongside fellow Dutch international defender Denzel Dumfries who was a surprise goalscoring threat at the tournament. 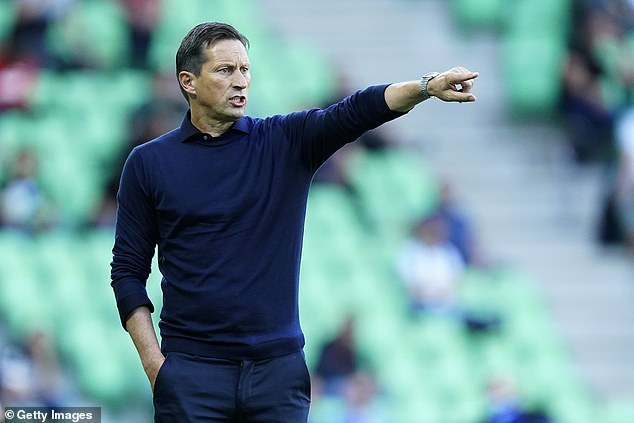 ‘It was already clear after last season that they wanted to take a step abroad. I still expect that.

‘If there is no transfer, we will look at it again. It will be a challenge in terms of fitness. That goes for Dumfries and Malen, but also for Cody Gakpo.

‘They will only join later and will now have to stay fit individually. It would of course be good for us if they are there, then we have more options.’

Marcus Rashford believes England have talent to challenge at Euro 2020