Borussia Dortmund were reportedly ready to accept a late bid for Jadon Sancho but it would have cost Manchester United more than £108m to complete a deal. The German club held firm this summer to keep their star man when many expected them to crack, particularly in a financial climate hampered by the coronavirus crisis.

However, Dortmund were always clear that they would not sell Sancho beyond August 10.

Not only that but they also laid down the law that £108m was their valuation and that needed to be met.

Sancho was relaxed about the situation despite wanting to join Manchester United.

He was ready to sign a five-year deal at Old Trafford should the opportunity arrive but now he will stay put until at least January. 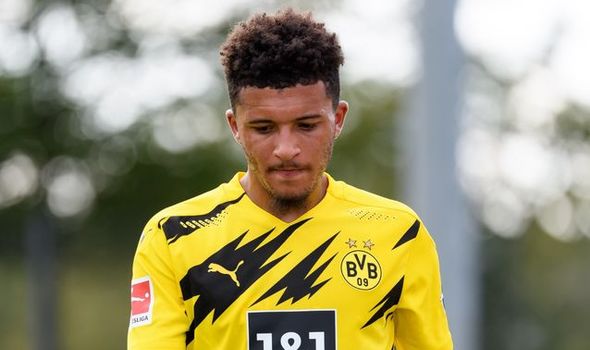 United tabled an offer of £90million for Sancho in the final week of the transfer window and were optimistic Dortmund would soften their stance but it proved to be unsuccessful.

According to David Ornstein, Dortmund were actually prepared to let go of Sancho, even towards the closing stages of the transfer window.

He said on his segment Ask Ornstein: “I was even told by some contacts that even as late as the end of the window, United were to come up with an offer of €140million (£127m) or €150m (or £136m), Dortmund might well consider a sale.

“They would then present it as exceptional circumstances.”

Dortmund chiefs are said to be bemused by United’s approach to the whole transfer saga, considering how long they have pursued the player.

Solskjaer was determined to land the 20-year-old but instead ended up with Edinson Cavani, who will now wear the No 7 shirt that was being saved for the England international.

Transfer expert Fabrizio Romano claims United were just one step away from completing a deal for Sancho.

“Jadon Sancho was really one step away from joining Manchester United at the end of July and the start of August. He was one step away,” Romano told his Here We Go podcast, looking back at the summer deals that did not go through.

“It’s also been confirmed by some agents who were in contact with United because of other players, they met with United’s board in these days at the end of July and the start of August and everyone said, ‘United have signed Sancho. It’s just a matter of details.’

“What happened? They changed the structure of the payment of Sancho, saying like, ‘We’re going to pay €80m with add-ons.’ 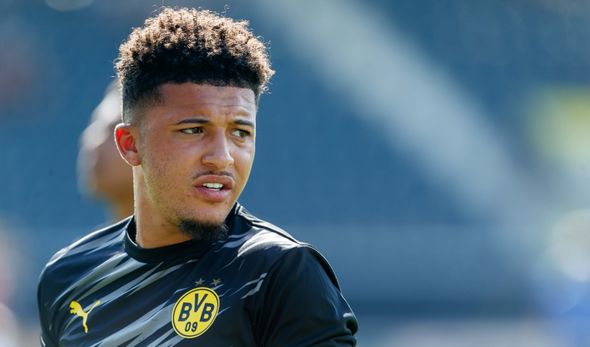 “United were really convinced that before deadline day, and at the end of September, that Borussia Dortmund would be ready to accept a different bid – not just €120m but €90m, more add-ons, payments in two or three years to try to sign Sancho.

“They said, ‘Okay it’s the coronavirus summer, we need money, every club needs money, let’s try at the end of the summer.’

“But the position of Dortmund was still the same, ‘We will sell the player for €120m.’

“They said they had the deadline but if United would arrive with €120m, also on deadline day, Dortmund were going to sell Sancho.

“It was just a matter of money, of paying immediately €120m.”

Which Manchester United academy gems will be sent out on loan?