Fuming Aston Villa supporters have labelled their own player Douglas Luiz as an ‘absolute disgrace’ after he was sent off against Fulham on Thursday evening.

The Brazilian was given his marching orders by referee Michael Oliver in the 60th minute after video replays showed him headbutting Fulham striker Aleksandar Mitrovic.

Luiz’s mindless act of aggression came in Steven Gerrard’s last game as Villa manager with the 42-year-old relieved from his position following the 3-0 loss at Craven Cottage. 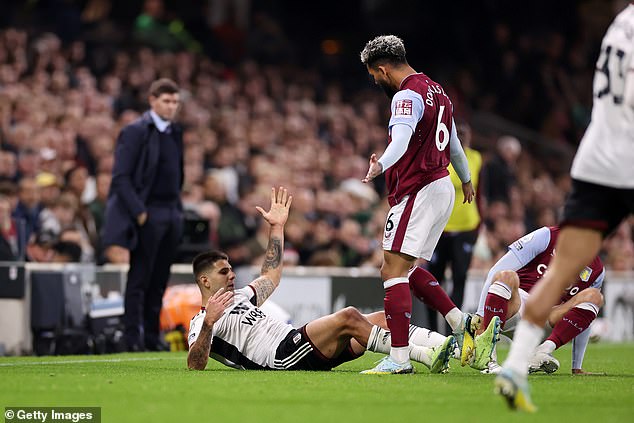 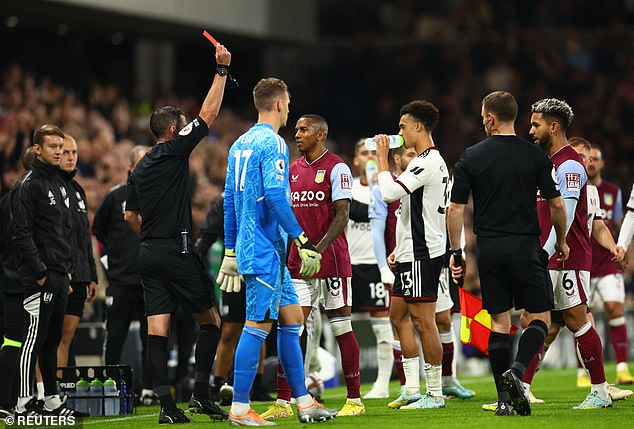 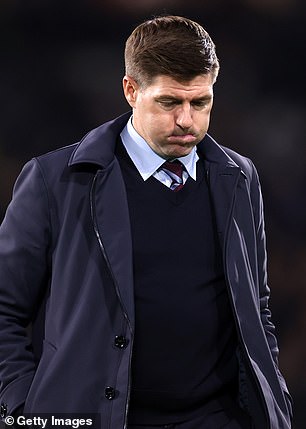 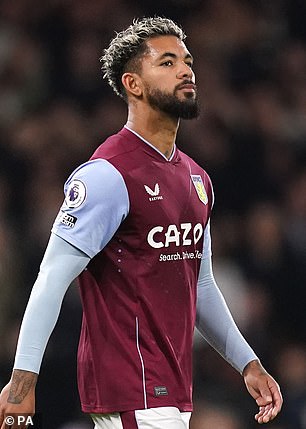 VAR showed the 24-year-old bumping chests with Mitrovic prior to him putting his head into the Serbian’s chin, with the Fulham star then dropping to the floor.

A straight red card followed. A penalty that made it 2-0 followed moments later as Villa suffered their sixth Premier League loss of the season.

Furious Aston Villa supporters took to Twitter after the incident to make their feelings toward Luiz heard.

One supporter called the midfielder out for ‘badly letting [Steven] Gerrard and Villa’ down as the Midlands side managed to stay above the relegation zone on goals scored alone.

‘Luiz badly let Villa and Gerrard down’, those were the thoughts of one annoyed Villa fan

Another Villa supporter not happy with Luiz’s moment of madness insisted the star had made a ‘ridiculous’ decision to let his anger boil over with the team already losing.

Stronger commenters insisted the £15million signing was an ‘absolute disgrace’ for being sent off and reducing Villa to 10 men in the high-intensity encounter against newly-promoted Fulham. 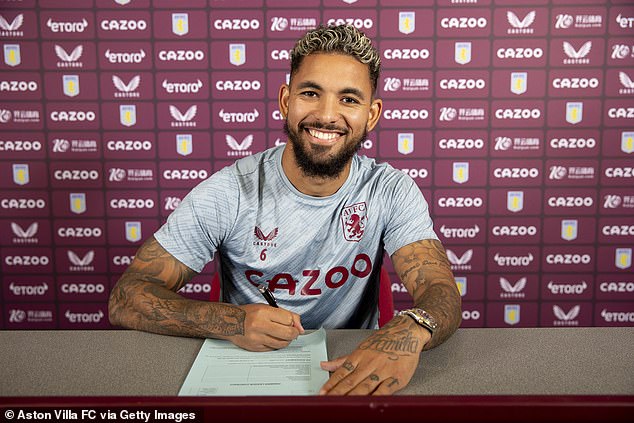 One sarcastic user joked that Luiz was ‘celebrating his new deal with a red card’. The Villa player signed a new long-term contract with the club earlier in October amid interest from a host of other European clubs.

Wolves forward Pedro Neto 'set to be out until February'