Match report as Darren McGregor’s goals come after he escaped retrospective action for standing on Rangers midfielder Glen Kamara’s leg in midweek; Martin Boyle added Hibs’ second after the break; Dundee United drop out of the top six of the Scottish Premiership 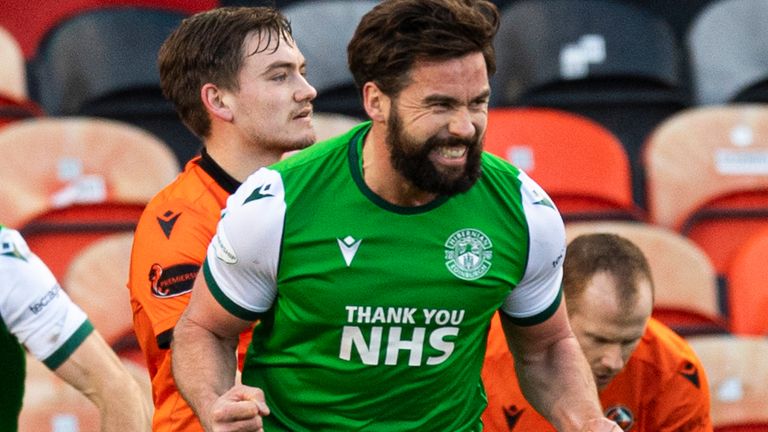 Darren McGregor’s first goal for two years sent Hibernian on their way to a 2-0 win over Dundee United at Tannadice.

The defender made the most of his third Scottish Premiership appearance of the season on the back of escaping retrospective action after standing on Rangers midfielder Glen Kamara’s leg in midweek.

The centre-back produced an emphatic finish following a first-half corner and Martin Boyle wrapped up the points midway through the second half.

With nearest rivals Livingston and Aberdeen drawing with each other, the victory consolidated Hibernian’s position in the top four while United dropped out of the top six.

Hibs started with Ryan Porteous and Kevin Nisbet on the bench after rebuffing transfer interest in the pair.

Porteous was reportedly the subject of an offer from Millwall, while Birmingham are rumoured to have bid £2m for striker Nisbet.

United were looking to make amends for a 5-1 home defeat by St Mirren in midweek and they started on the front foot. 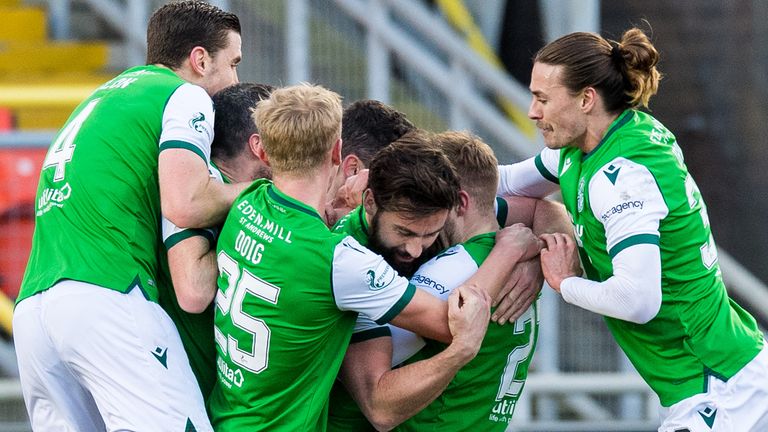 Nicky Clark snatched at a half-chance and Hibs goalkeeper Ofir Marciano tipped over Calum Butcher’s deflected effort as it threatened to loop over him.

But the visitors opened the scoring from the resulting 21st-minute corner.

Benjamin Siegrist parried Paul McGinn’s header following Boyle’s delivery but Jackson Irvine kept the ball alive and rolled it into the path of McGregor to lash into the roof of the net from 14 yards.

Hibs continued to threaten with Chris Cadden making inroads down the right and United made little headway for the rest of the half. They did have a penalty claim ignored by referee Gavin Duncan when Marc McNulty claimed he had been clipped by Josh Doig but the former Hibs striker also appeared to chastise himself for staying on his feet.

Doidge came close to meeting Jamie Murphy’s cross early in the second half before United created their best chance to equalise with a counter-attack.

Butcher broke and fed Lawrence Shankland on the edge of the box. The striker checked and hit a shot that took a deflection before being stopped by the feet of Marciano after the Hibs keeper had begun to dive the other way.

The game went beyond the home side in the 69th minute after Irvine won the ball just inside the United half and produced his second assist of the day. The midfielder’s through ball split the home defence and sent Boyle through and the forward slipped the ball into the corner of the net.

Mark Connolly got away with a slightly clumsy penalty-box challenge on Boyle before the visitors had a bigger penalty let-off. 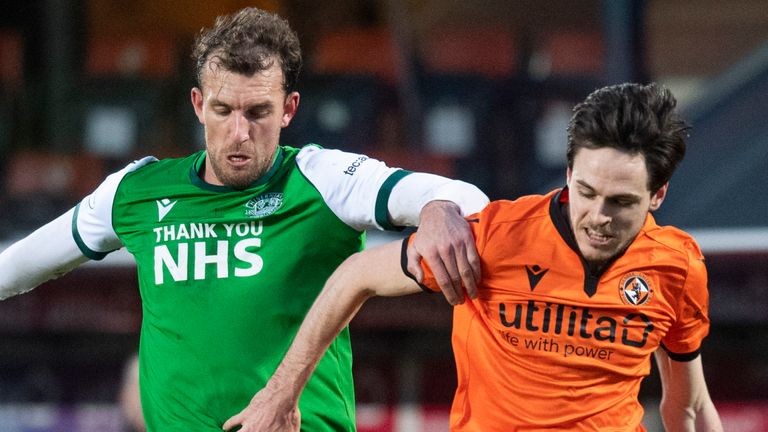 The ball clearly bounced up off Doig’s hand as Shankland battled for possession in good view of assistant referee Frank Connor but the loud appeals came to nothing.

A penalty from nothing would have been the sort of lifeline United needed to get back in the game.

Although they pushed forward and put Hibs under pressure, their only end product was two ambitious Shankland efforts that were off target.

Dundee United play again on Wednesday when they travel to Motherwell in the Scottish Premiership; kick-off 6pm. Hibernian will visit St Mirren on Tuesday; kick-off 6pm.