You’re not singing anymore! Dutch football fans to be allowed back into stadiums from September… but are banned from CHANTING to prevent risk of spreading the coronavirus

Football fans in Holland could be allowed back into stadiums from September but will be unable to sing familiar club songs due to chanting being banned.

Leagues in England, Spain and Germany have been played out in front of empty stadiums as part of measures in the respective countries following lockdown to reduce the spread of the coronavirus which brought the game to a standstill back in March.

But efforts to replace empty stadiums with artificial crowd noise and cardboard cut-outs in seats have received mix reviews, and many feel the game is missing the atmospheric spark provided by a live crowd. 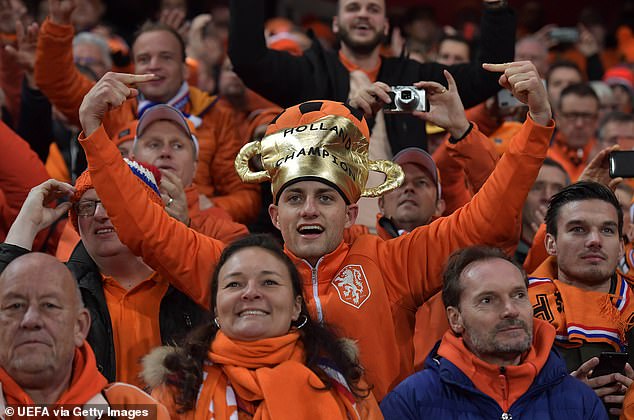 Holland suspended its top flight for the 2019-20 campaign but upon a new season commencing in September is set to take small steps to allow supporters back into stands, according to De Telegraaf.

The report claims supporters though will be banned from chanting and will have to maintain a social distancing policy of 1.5meters.

The policy means stadiums will be far from full to their potential capacity as a consequence, and deciding which fans would be allowed to attend the matches could be decided by a drawing of lots. 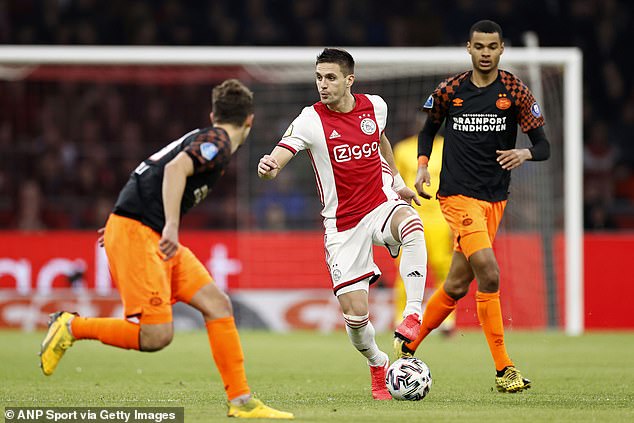 No decision has yet been taken by the Dutch government on whether the policy will go ahead, with further talks to be discussed with scientists on if the measures will be safe enough.

The new Dutch season will start in mid-September but the Holland national team could be the first high profile test for the policy when they face Poland and Italy respectively in the Nations League at the start of September.

Back in April, the Dutch 2019-20 controversially scrapped the season, with no champions being crowned nor relegation and promotions taking place with the second tier.

Ajax and AZ were top of the table and level on points, with the only deciding factors being the European places handed out for next term.